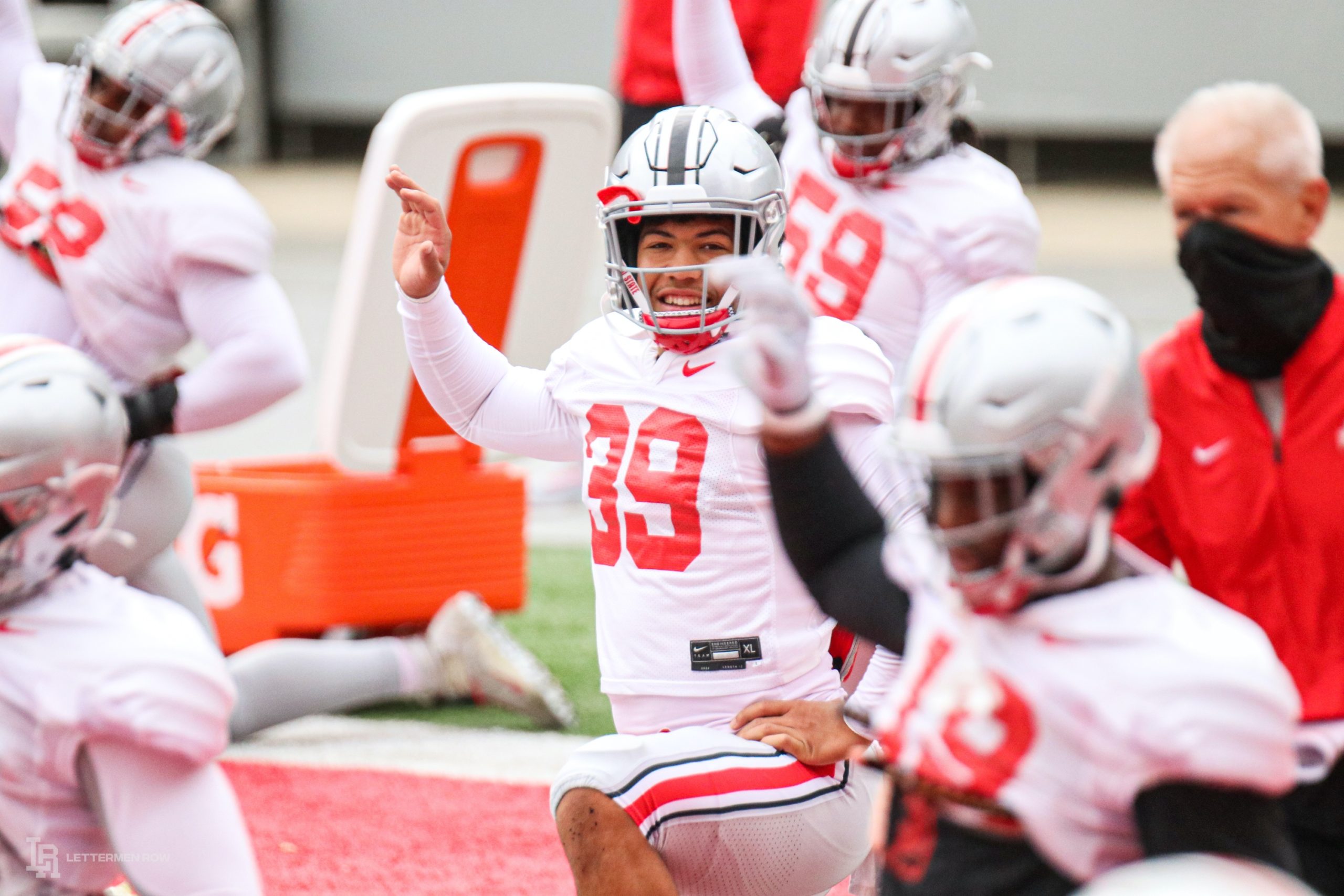 While they’re part of a deep, veteran unit, it’ll be hard for them to find time on the field. But the linebacker position seems to be in good hands for years to come with Melton and Simon.

“Both unbelievable players and great athletes,” Ohio State senior linebacker and captain Tuf Borland said. “The most impressive part about what they’re doing is how fast they’ve picked up on our defense. A lot of times, guys flash as freshman unknowingly. They make plays but they don’t really see the big picture and really know why they’re doing what they’re doing. With Cody and Mitch, they can sit back in the classroom and really answer every question, so that’s just a testament to the great job that they’re doing.”

Maybe Cody Simon will flash early and earn playing time at the beginning of his Ohio State career. He and Mitchell Melton are already showing impressive traits early on in their Buckeyes career.

Harry Miller has had plenty of hype surrounding him since arriving at Ohio State as a five-star prospect. And Saturday afternoon will be the Miller’s first chance to live up to that hype when he starts his first career game at left guard.

Lettermen Row broke down Miller’s progression into a starting role and how it can catapult him into a starring role later in his career. Part of that is here:

Last year when playing center, Miller learned the mental aspect of playing on the inside. Calls. Protections. Blocking scheme. Even a 4.0 student like Miller needs time to process all that information quickly at the line of scrimmage. Learning is what the first year in the program is all about for the Buckeyes.

Then the offseason came, and Miller went to work on his physical traits. After a long layoff away from the Woody Hayes Athletic Center due to the pandemic, Miller showed up stronger and in better shape. He’s ready to fill in at guard before presumably heading back to center next year.