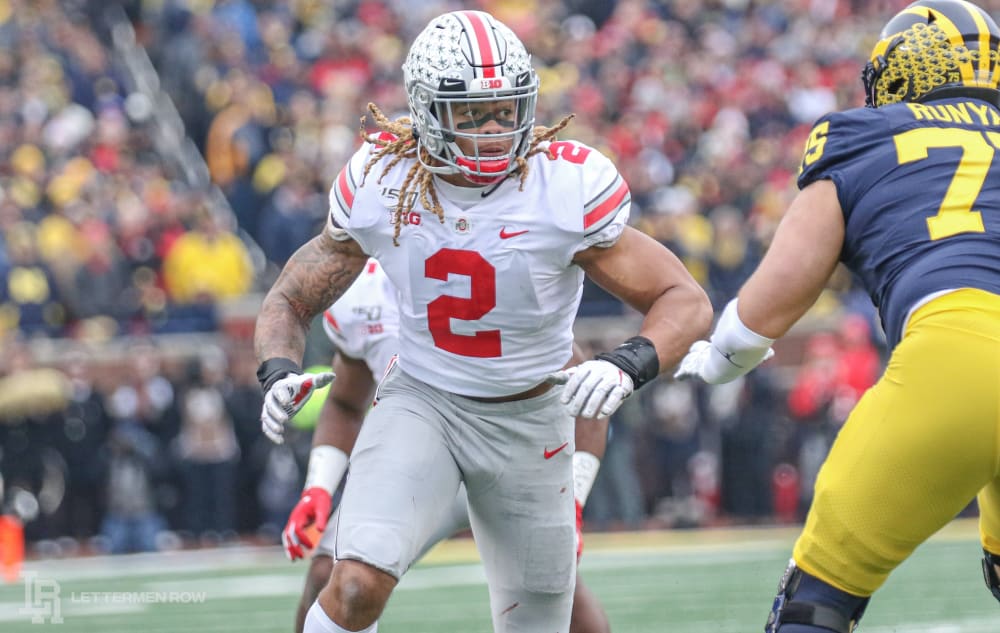 Chase Young won another award for the Buckeyes. (Birm/Lettermen Row)

If Chase Young has any more room for trophies, he can add another to his collection.

Young won the Big Ten’s Jesse Owens Male Athlete of the Year Award, which was voted on by the media.

The awards Young has now won is long:

And now, Young is off to the NFL. He was selected with the No. 2 overall pick by the Washington Redskins.

The first step for Master Teague will be getting healthy enough to play this season. Coming off an injury during spring practice, Teague will need to make sure he can play.

Teague flashed his skills with impressive work off the bench last season, posting a 100-yard outing against Indiana, scoring four touchdowns and finishing with almost 800 yards rushing. But Teague also undeniably faded down the stretch, managing just 90 yards over his last 31 carries of the year — and not earning a single attempt in the Big Ten title game. He’s far from a finished product.

What can Master Teague do to learn from his struggles at the end of last season? How high is the ceiling for the Ohio State running back if he’s able to get fully healthy this year? Is there any concern about Teague slowing down against the toughest competition the Buckeyes faced last year? Former Ohio State and NFL star Beanie Wells was back in the Lettermen Row film lab looking at a handful of carries and trying to answer those questions in the latest episode of BuckIQ.

Ohio State: How Master Teague can grow from late-season struggles
Watch this video on YouTube.

Evan Pryor knew another big-time back was coming with him to Ohio State. So when he chose the Buckeyes, he expected somebody like TreVeyon Henderson to join him. But Pryor is not a backup option for Ryan Day and the Buckeyes.

Lettermen Row recruiting expert Birm has more on Pryor. Part of it is here:

Nine months later, Pryor picked Ohio State knowing full well that the plan was for him to be one piece of a two-man running back recruiting class. That wasn’t because he wasn’t good enough to be the lone star in the class, and Pryor was never just a backup option for the Buckeyes. They were upfront with him from the start that the goal was to add another big-time back alongside of him, so it wasn’t unexpected when 5-star running back TreVeyon Henderson committed just less than two weeks later.

It was surprising that Pryor was as instrumental as any other Ohio State commitment in making it happen. Recruiting peers on the offensive line or the defensive line? That’s somewhat expected. At running back? That’s rare, but Pryor is a unique talent and a young man who sees the big picture.