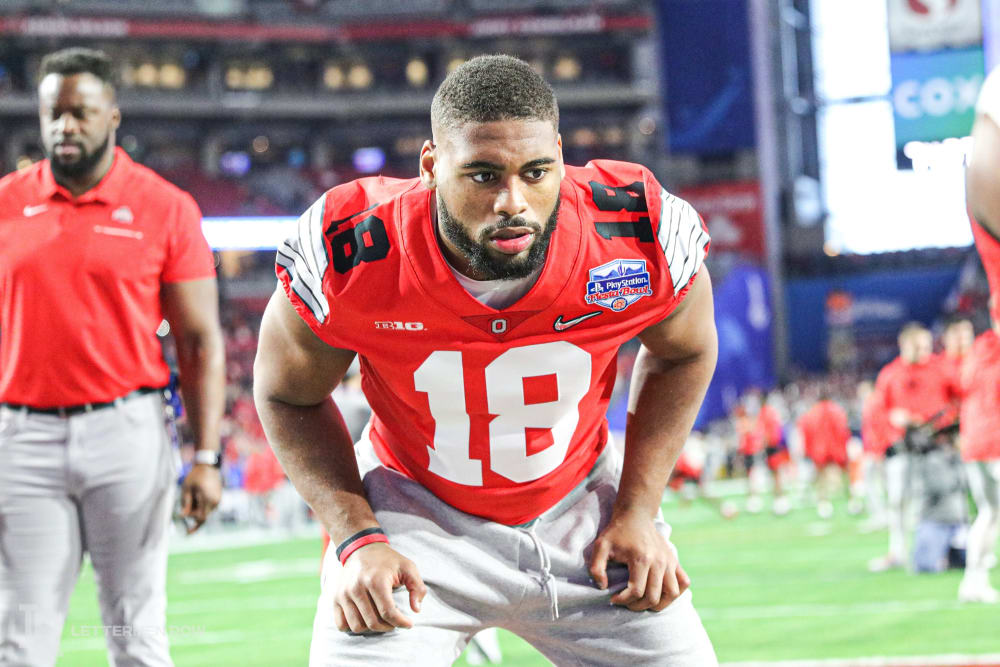 Jonathon Cooper is a proven leader for the Buckeyes. (Birm/Lettermen Row)

Ohio State is going through changes.

The Buckeyes couldn’t have spring practices. They were home, away from the facility for months. They won’t be on the field in the fall for the first time since 1889. They’ll instead play a spring season, something they have never done.

But they aren’t hanging their heads. Ohio State is embracing the adversity and change the program is going through. And the Buckeyes are hoping to come out stronger. That’s perfectly illustrated in a video released by the program on Twitter on Thursday.

“We don’t know what’s next,” the video, narrated by Jonathon Cooper and Justin Hilliard, said. “But we do know we will never stop fighting. We will fight to be an example of inclusion and brotherhood. We will fight to use our platform for the greater good. When the time comes, we will fight on that football field. There are a lot more changes coming. Bring them on. You’ll be damned sure we’ll fight until the end. That won’t ever change.”

The Big Ten finally released a statement with reasons for canceling the fall football season. But Ohio State parents weren’t impressed with the letter commissioner Kevin Warren wrote. And they are still demanding answers.

The Buckeyes parents want a better explanation — complete with data. Lettermen Row senior writer Austin Ward has more with interviews from parents of the players.

Part of it can be found here:

The answers haven’t exactly been flowing freely from Big Ten headquarters, and even the attempt to address them in an open letter on Wednesday night didn’t do much to really clarify the situation.

Warren followed up by granting a handful of interviews to select outlets on Wednesday, but he has still not done a full press conference with Big Ten media members. And he certainly hasn’t granted an audience with players and family members that was requested by Ohio State’s parents association, which is why there will still be a group led by Randy Wade showing up in Chicago at his office on Friday.

Damon Arnette was a surprise first-round pick in the NFL draft, but he’s already showing why the Las Vegas Raiders chose him with their first-round selection.

Arnette, who came back to Ohio State after almost leaving for the league after the 2018 season, proved himself at Ohio State. And now, he’s already proving himself at Raiders camp, just days after it started.

One of the best wide receivers in recent NFL memory certainly was impressed after watching Arnette work.

I’m not sure who number 20 is for the Raiders but please let him know whoever he trained with needs a significant raise because his technique, patience & lateral movement is power point worthy ®️

Arnette was a lockdown cornerback for the Buckeyes last season. He might be just as effective at the next level, too.