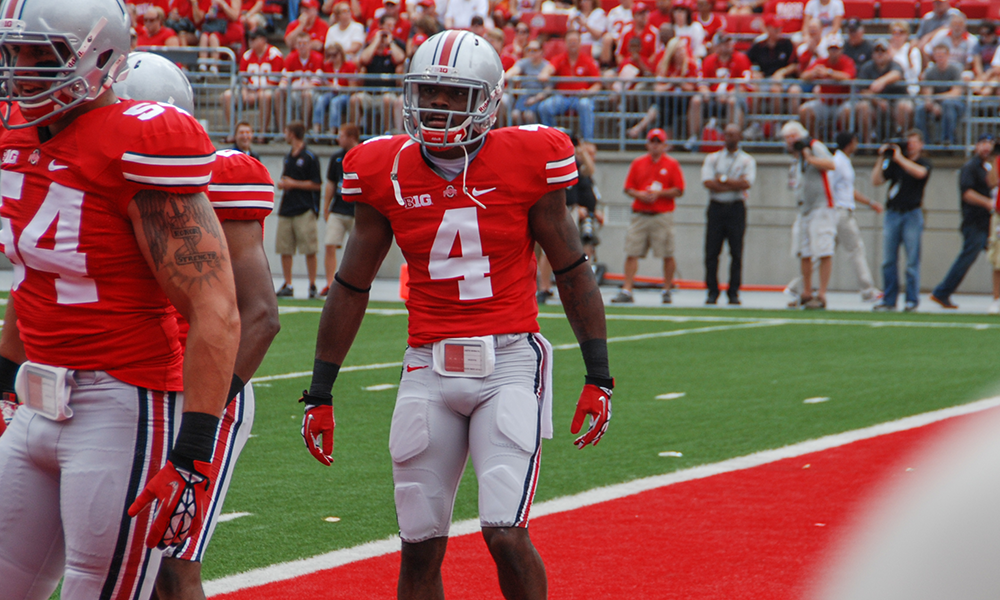 Ohio State has filled another vacant position on the staff: former safety C.J. Barnett is the new Director of Player Development.

The Buckeyes added Barnett to the staff this week, according to the Ohio State staff directory.

Barnett was a safety for the Buckeyes from 2010-2013 and had a brief stint in the NFL before moving back to Columbus. He has served as a police officer for the Columbus Police Department since 2018. But now, he will leave the police force and take a new job at his alma mater, replacing Ryan Stamper on the Buckeyes staff. Stamper left the Ohio State program to move home to Jacksonville and join Urban Meyer’s staff with the Jaguars.

Now, the Buckeyes have found Stamper’s replacement. C.J. Barnett is the new Director of Player Development.

Dasan McCullough was born in Ohio, but he spent the majority of his formative years in Bloomington, Indiana and that’s where his father, Deland, is heading after leaving the Kansas City Chiefs for an associate head coach role with the Hoosiers. The timing of McCullough’s move, especially in tandem with the Al Washington rumors, led to a number of rumors and concerns about the strength of McCullough’s commitment to the Buckeyes.

The talented linebacker prospect joined Lettermen Row recruiting analyst Jeremy Birmingham and co-host Spencer Holbrook to talk about the move, the rumors around Al Washington and more in the latest edition of Talking Stuff, the Ohio State recruiting podcast. The hosts also discussed the social media buzz about a potential commitment and the Buckeyes 2022 running back recruiting.

Ohio State is adding at least one new face to the defensive coaching staff. The Buckeyes are still waiting official word on whether they might need another this offseason.

But the program has now solidified the group by bringing in another experienced mind on that side of the football with multiple Lettermen Row sources confirming to our Austin Ward that former Iowa State coach Paul Rhoads has signed on in an analyst role.

Ohio State has also made its pitch to keep linebackers coach Al Washington as it tries to fend off a high-dollar play from Tennessee to lure him away from his hometown. Multiple sources with direct knowledge of the discussions have indicated to Lettermen Row the Buckeyes have discussed an enhanced financial package and the potential to be the defensive run-game coordinator with Washington, though there has been no indication yet as to what his final decision will be.

Ohio State is currently full on the coaching staff pending one key decision — but it still found a way to bring in some help no matter what else happens.