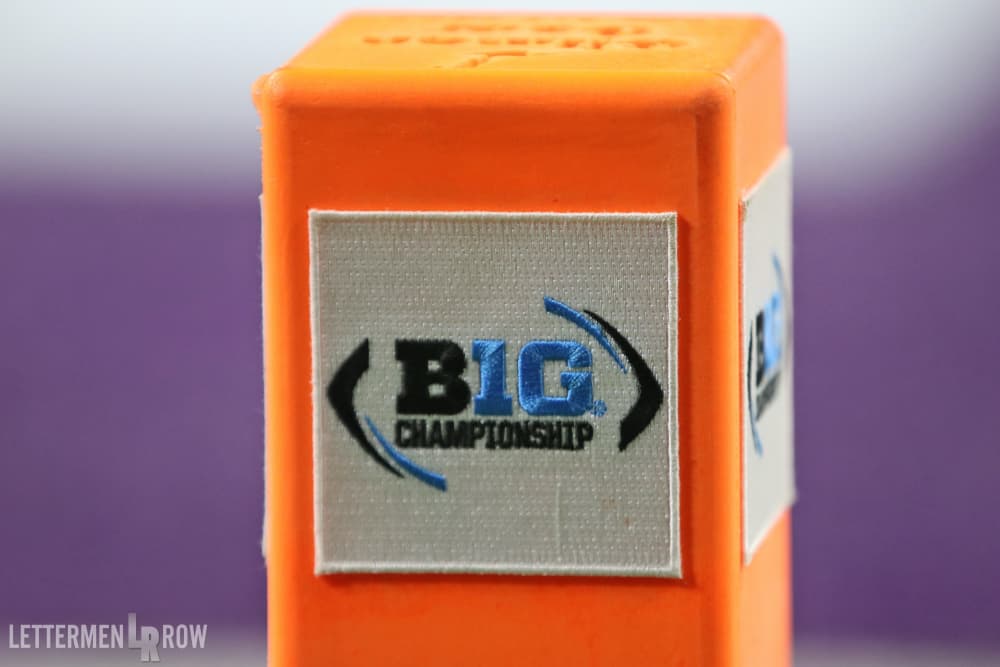 The Big Ten Conference halted the next phase of fall camp. (Birm/Lettermen Row)

Just as the momentum for a fall college football season shifted to the positive side, Saturday seemed to be another day of setbacks.

Ohio State started training camp this week in preparation for its season opener on Sept. 3, but the Buckeyes won’t be able to go beyond what they’ve been doing this week.

The Big Ten announced it is slowing down the beginning of training camp, barring member schools from practicing with pads on. The announcement came Saturday as the college football world seems to be teetering.

“Based on the advice and counsel of the Big Ten Task Force for Emerging Infectious Diseases and the Big Ten Sports Medicine Committee, until further notice, all institutions will remain in the first two days of the acclimatization period in football (i.e., helmets shall be the only piece of protective equipment student-athletes may wear) as we continue to transition prudently through preseason practice,” the league said in a statement. “All other fall sports will continue to work locally with team physicians and athletic trainers to adjust practices to the appropriate level of activity, as necessary, based on current medical protocols.”

Ohio State wants to play football. That’s certainly clear. But as of right now, the Buckeyes will only be able to do so much for the foreseeable future.

Ohio State is much more than just an NFL factory. The Buckeyes coaching staff and administrators stress academics and stress earning a college degree. Two current Buckeyes football players will earn their degrees this weekend.

Lettermen Row Director of Recruiting Jeremy Birmingham and Spencer Holbrook are back to break down the latest recruiting news and notes. The guys choose whether primary Buckeyes targets are going to be in the historic recruiting class or on the outside choosing a different school. Are the Buckeyes going to land Derrick Davis? Can they close the deal with five-star wide receiver Emeka Egbuka? Which guys in the trenches will choose Ohio State over the other top schools in the country? It’s all in the newest episode.

It’s another loaded show, and it’s all presented by Byers Auto.