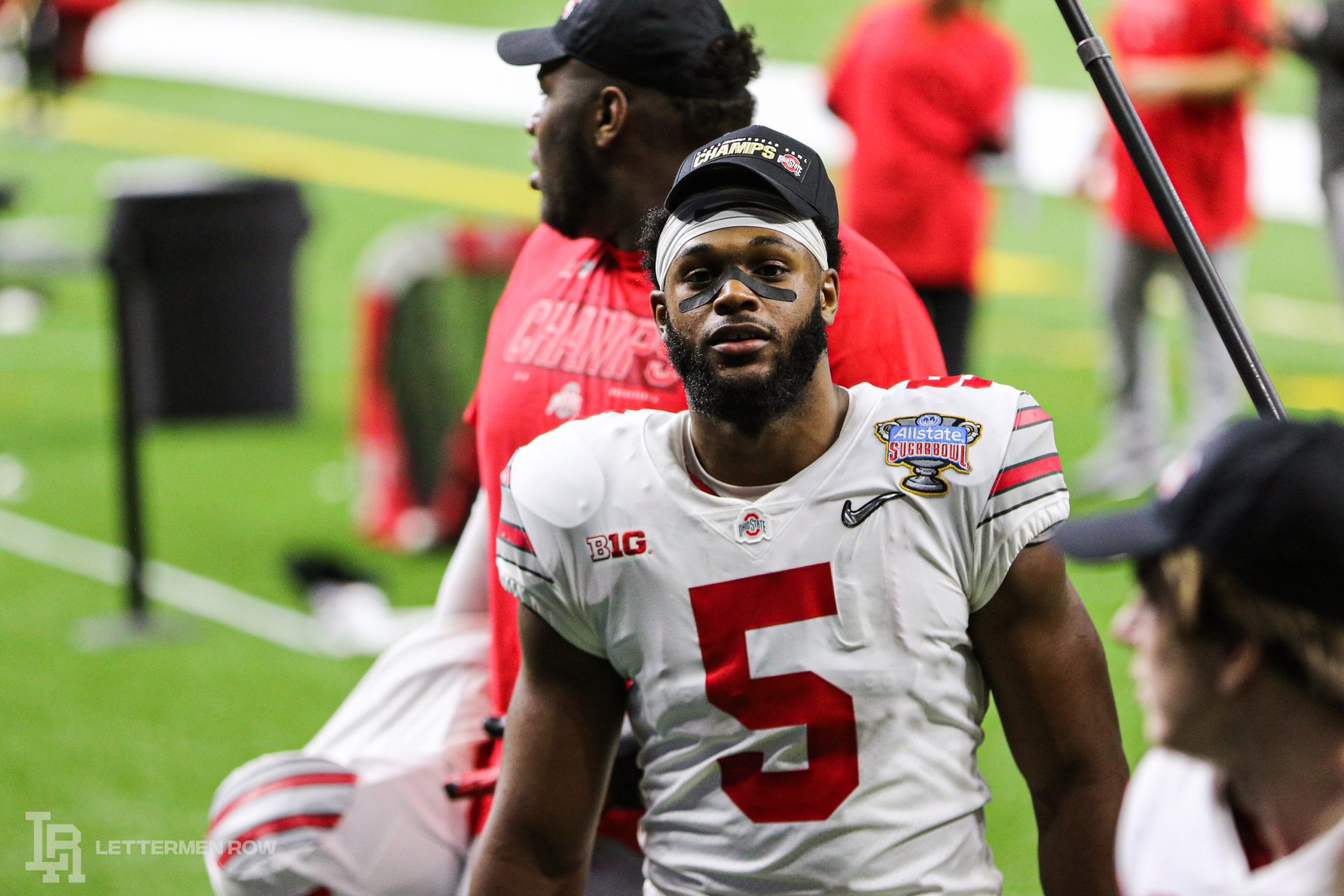 Baron Browning showed plenty of athleticism and game-changing ability during his time at Ohio State.

He’s already showing he will be able to do the same at the next level. Browning arrived at the Senior Bowl this week with three of his Ohio State teammates, and he’s already putting up measurements that will have NFL executives talking about his bursting potential. He’s also showing what he can do on the field, where he had 19 career tackles for loss and seven career sacks.

Browning certainly has the versatility and skillset to thrive in the NFL, just as he thrived in the Buckeyes defense. He’s already beginning to prove that, and more strong showings at the Senior Bowl this week will continue to improve an already rising draft stock.

It’s only Day One at the Senior Bowl, but Baron Browning is making a good first impression.

The latest edition of Talking Stuff: The Ohio State Recruiting Podcast is here, and its chock-full of the biggest recruiting storylines about the Buckeyes right now.

Lettermen Row recruiting analyst Jeremy Birmingham and co-host Spencer Holbrook address the recent visit made to Ohio State by Raesjon Davis and more — including more discussion about the always intriguing transfer portal —  in the latest episode.

A 6-foot-1, 215-pound four-star linebacker, Davis felt getting to Columbus with his parents was something that had to be done if he was going to make an informed decision. Now that the visit has happened, where do things stand with Raesjon Davis? Did he make the trip across the country just for fun?

Speaking of uncommitted targets, what’s the latest on the country’s No. 1-ranked prospect, Washington 5-star defensive lineman J.T. Tuimoloau? Has there been any change to the reports that he’ll run his recruitment into the spring — or could the Ohio State staff find out his decision in February as well?

Find out on the newest edition of Talking Stuff: The Ohio State Recruiting Podcast.

But that hire could be made internally if the Buckeyes still have faith in the defensive coaching staff as it’s currently assembled, which they do. So who could fill that role? Lettermen Row senior writer Austin Ward has some details:

That faith coupled with the versatility of a guy like Matt Barnes could wind up being the deciding factor for Day in the days ahead, and it certainly wouldn’t come as a surprise at this point if no outside hire is made at all. Multiple sources have indicated to Lettermen Row that the idea of giving Barnes a more prominent role on defense while promoting up-and-coming quality control coach Parker Fleming into a full-time spot has gained traction as a leading option.

For the full story and what could be next for the Buckeyes, click here.

Loaded wide receivers group could be better than ever for Buckeyes
Who should wear Block O jersey next for Ohio State?
Advertisement
Advertisement