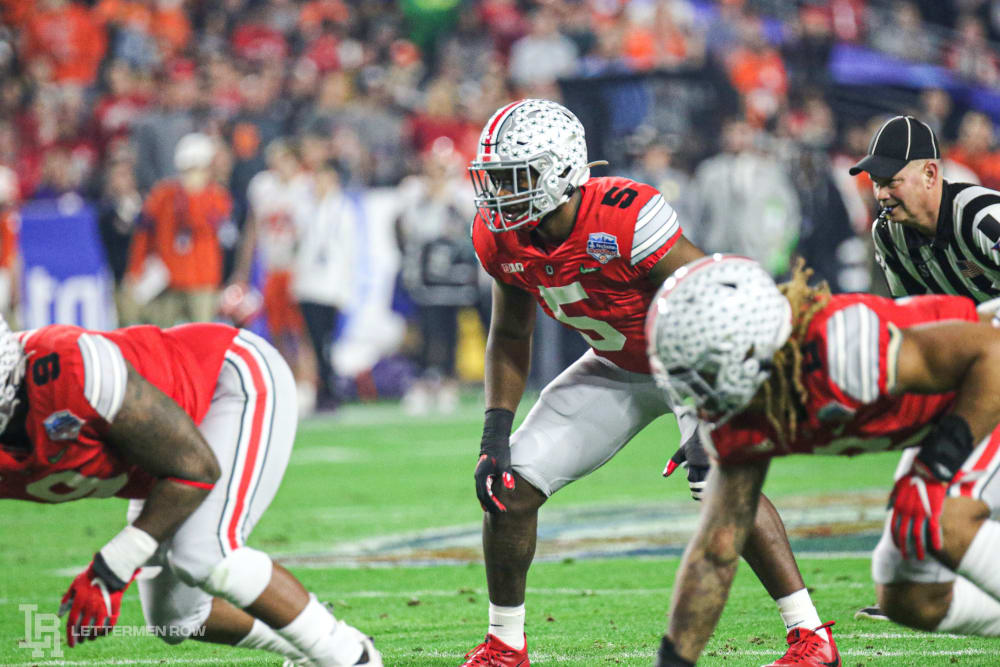 While the Buckeyes have lost two key pieces from the 2019 roster that reached the College Football Playoff, they’re gaining the commitments of underclassmen who can help them get set for another run at a national title next season.

Punter Drue Chrisman and linebacker Baron Browning both announced Thursday their intentions to return to Ohio State, a sign that the Buckeyes will be tough to beat again next year.

Chrisman is one of the best punters in the country, but he struggled at times this past season. Chrisman still earned honorable mention all-Big Ten and was one of the key special teams players for the Buckeyes.

Browning emerged as one of the best athletes on the loaded Silver Bullets defense, although he didn’t start in many games. With the loss of Malik Harrison to graduation, Browning will likely play a big role for the Buckeyes in 2020.

Need more analysis on what Browning’s return means for Ohio State? Austin Ward breaks it down.

Ohio State did well on the recruiting trail, even at running back, a spot that seemed doomed in the 2020 class for most of the fall.

But are the Buckeyes done at running back for this recruiting class? Dalton (Ga.) 4-star running back Jahmyr Gibbs has yet to fully commit to Georgia Tech, the school he has been pledged to. And Ohio State seems to be an option. Is it a realistic option for the Buckeyes as they close out the class?

Following the unofficial visit to Columbus in November, the buzz around Gibbs was clear: It didn’t matter how much he liked his trip because the likelihood is that he would stay close to home for college. That is still the belief with two weeks left before the official visit is supposed to happen.

Can a great official visit to Ohio State change that? Tony Alford, Ryan Day and the Buckeyes have been involved in this recruitment much longer than LSU, Florida and other top-ranked programs. Ohio State has not been involved as long as Georgia Tech, and the Yellow Jackets shouldn’t be dismissed in this recruitment just because other, more successful football teams are involved.

The first step for the Buckeyes is the first step: Make sure that official visit happens. At that point, anything is possible. The odds may not be in Ohio State’s favor, but Jahmyr Gibbs isn’t visiting Ohio in mid-January just for fun.

On the latest episode, Tim and Austin dive into the Buckeyes’ Fiesta Bowl loss to Clemson. They also looked toward the offseason, breaking down the latest rumors and coaching news. They also touched on some key decisions for Ohio State players regarding their NFL Draft status.

Check out the latest Tim May Podcast here:

Following last week’s loss to West Virginia to close out nonconference play, the Ohio State basketball team will be back in action Friday night against Wisconsin in a huge early Big Ten battle.

The Buckeyes enter the game 11-2 but just 1-1 in conference play; Minnesota beat them earlier this year. Wisconsin enters the game 8-5 and 1-1 in conference play, but the Badgers have won three straight, including a road win at Tennessee. Ohio State has been tested by good teams this season, but the physical play from the Badgers and the urgency that comes with a conference game should make for a huge game in the Schottenstein Center. Tipoff is scheduled for 7 p.m. and can be watched on FS1.