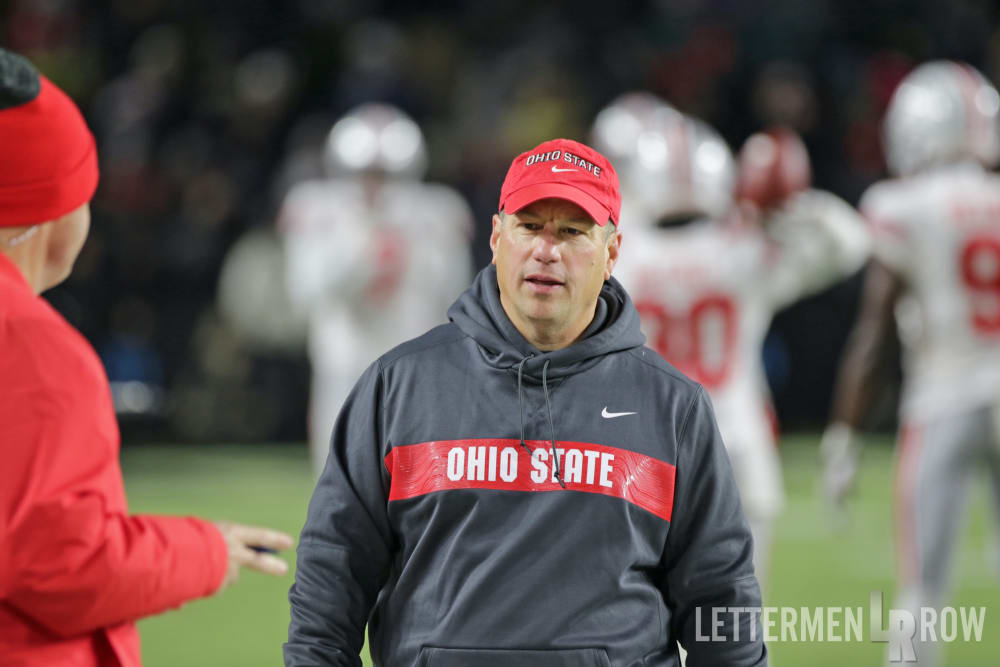 Mickey Marotti and the Buckeyes are hard at work in February. (Birm/Lettermen Row)

Ohio State has one of the best year-round football approaches in the country, and that’s why the Buckeyes win Big Ten titles and make the College Football Playoff.

The Buckeyes are making sure every day is a day to get better, especially this time of year. Mat drills, weight room activity and strength training help them become one of the elite programs in college football. And it’s this month that is the most crucial.

“The month of February is the month we hold our hat on here,” head strength coach Mickey Marotti said. “That’s when it’s dark and it’s early and it’s hard. It’s adverse and it’s everything that you want out of it.”

Anthony Schlegel, who worked under Marotti, was able to provide insight into just how critical this time of year is for the Big Ten’s best program on the latest episode of the Tim May Podcast. If you haven’t checked out this week’s episode yet, listen below.

Tim May Podcast: Breaking down how Buckeyes get meaningful reps during winter months
Watch this video on YouTube.
The Tim May Podcast is also available on iTunes, Google Play, Spotify and Stitcher.

Could Paris Johnson step in and start right away along the Ohio State offensive line? It’s not a crazy thought, and it’s something Johnson wants to do. So he’s already on campus battling for a position he’s been preparing for since the early stages of high school. Emeritus Tim May spoke to Johnson about coming to Columbus early and enrolling in January to battle against talented defenders in practice to earn that starting offensive line role.

Incoming five-star offensive tackle Paris Johnson Jr. told reporters the other day he embraces the idea of that grind. It’s one of the factors that saw the blue chipper from Cincinnati’s Princeton High School hold strong to the commitment he made to sign with Ohio State, even as the program transitioned from head coach Urban Meyer to Ryan Day from 2018 to 2019, thus making Johnson one of the crown jewels of Day’s first full recruiting class of 2020.

It also helps explain why Johnson opted to be one of the Ohio State-record 14 early enrollees from that class who started school in January and are taking part in winter workouts.

Want to read the full story from Tim May? Click here.

Last time on the floor, Ohio State (16-8, 6-7 Big Ten) earned a much-needed win over Rutgers. After a disappointing loss at Wisconsin, Ohio State found a way to earn a key Big Ten win and improve its standing in the insane conference.

Well, the Buckeyes have a chance to get back to .500 in the brutal Big Ten when they host Purdue (14-11, 7-7 Big Ten) on Saturday. Ohio State has been good at home this season; it has been mediocre on the road, but so has every other team in the league. To continue climbing the Big Ten standings, the Buckeyes need this home game against the Boilermakers. It’ll tip off at Noon on FOX.