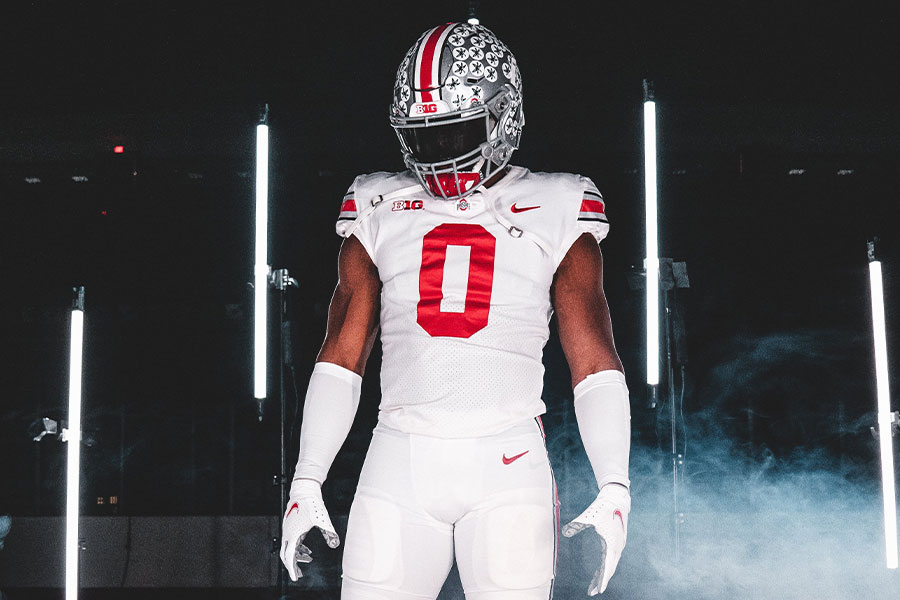 It will be the same Ohio State team on Saturday at Illinois on FS1. But the Buckeyes will have a new look.

The full postgame press conference can be found.

And after the press conference with all the Buckeyes, Lettermen Row’s Austin Ward, Jeremy Birmingham and Spencer Holbrook broke down the secondary play, what the Buckeyes can do to sure up the defense, Justin Fields ability to move on from the game and how the Buckeyes can improve against Illinois. It’s a new edition of the Practice Report presented by Byers Auto!

Ohio State has some problems in its secondary.

The Buckeyes have one of the worst defenses in the Big Ten right now, and the issues have now popped up in back-to-back games for the secondary that is largely known as Best In America. They are allowing the most passing yards per game of any Big Ten team. But even with that, the Buckeyes are still College Football Playoff favorites.

Can Ohio State get it fixed in time for the playoff? That starts with figuring out where exactly the problems start.

What is going wrong in the Ohio State secondary? How can the Buckeyes address the issues to get ready to compete for championships next month? Does Kerry Coombs need to make personnel or schematic changes? Former Ohio State captain Zach Boren put on the film from the win over Indiana to assess the situation and answer those questions in the latest episode of BuckIQ.

Ohio State has commitment No. 9 for the class of 2022, as Caleb Burton, a five-star wide receiver from Del Valle, Texas, picked the Buckeyes over every major program in the country.

The 6-foot, 170-pounder is in the mold of Garrett Wilson, and that comparison will get thrown around an awful lot over the next few years as both kids hail from the Austin, Texas area and play a similar style of football. They’re also offseason workout buddies, so Wilson’s game is no doubt being taught to Burton now.

Ryan Day and the Buckeyes are one of the many schools trying to take advantage of the current struggles by the Texas Longhorns, and they’re doing so by poaching the top players in Texas. Thanks to Brian Hartline’s ability to quickly evaluate and build relationships, Ohio State is doing it better than most other programs trying to raid the state of Texas for five-star talent.

Burton’s impact and much more on the recruiting trail are included in the latest edition of Talking Stuff: The Ohio State Recruiting Podcast presented by Byers Auto!