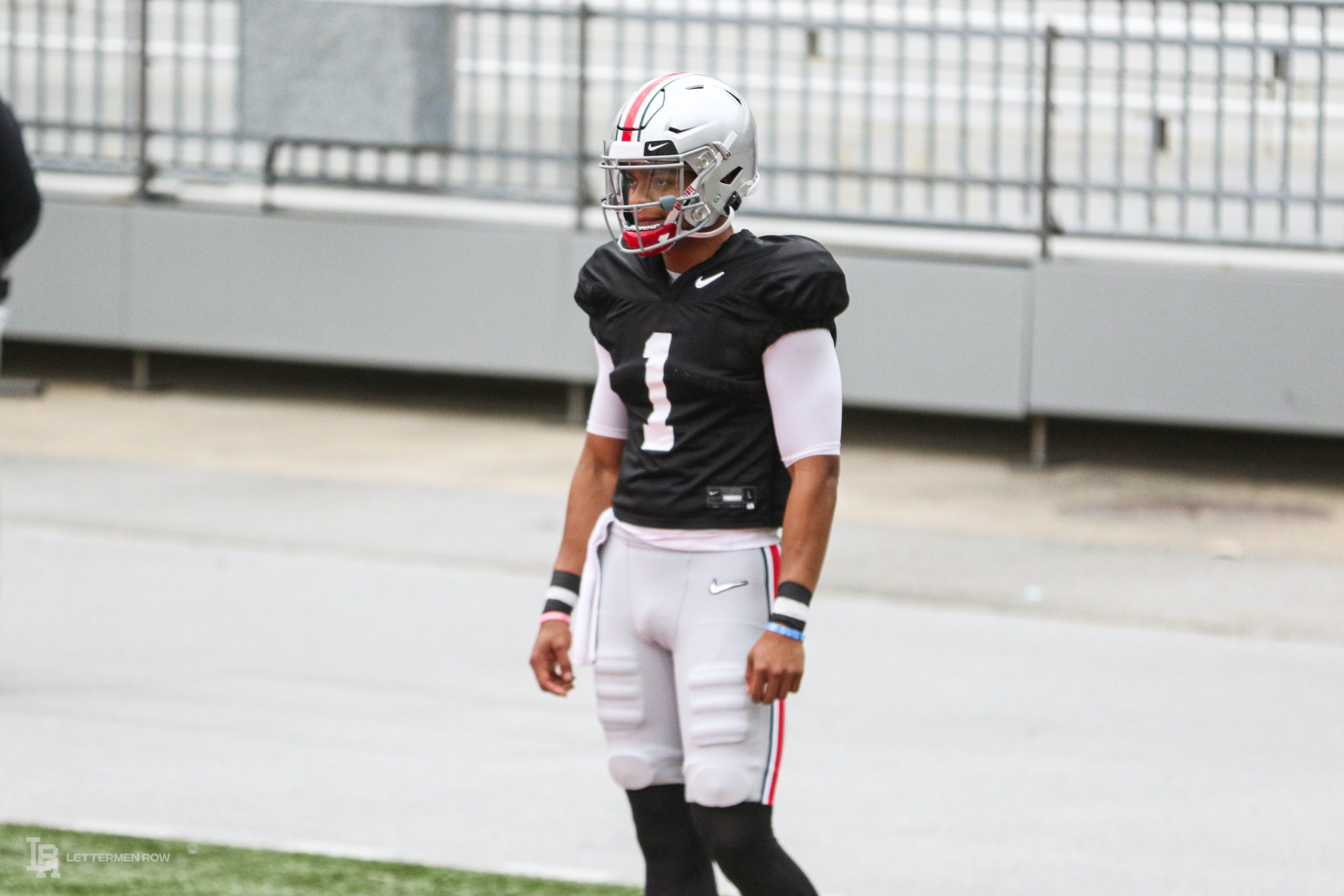 Ohio State has dominated the last three Big Ten seasons on its way to three straight Big Ten titles. The Buckeyes will be expected to do the same this fall.

Three Ohio State players were selected to the Big Ten’s preseason honors, which were announced on Big Ten Network on Friday. All-American guard Wyatt Davis, captain cornerback Shaun Wade and Heisman Trophy favorite Justin Fields are all on the preseason honors list in the Big Ten East. The trio of Buckeyes are joined by Michigan defensive lineman Kwity Paye and Penn State tight end Pat Freiermuth. The Buckeyes had more players on the honors list than any other Big Ten team. Minnesota had two players on the preseason honors, the most from the Big Ten West.

But the Buckeyes stand alone with three honorees. And that’s just one of the many reasons why they’re the heavy favorite to win their fourth consecutive Big Ten title and make another College Football Playoff appearance.

On this week’s episode of Lettermen Row’s Weekend Kickoff presented by Bryant Heating and Cooling Systems, Urban Meyer, Bobby Carpenter, Anthony Schlegel, Robert Landers, Zach Boren and Michael Bennett discussed how Ohio State transitions from preseason camp to game week. Hosted by Austin Ward, this episode covers everything you need to know as the Buckeyes prepare to kickoff the season on October 24 against Nebraska.

The guys also make game picks and much more in this episode that was recorded live at Urban’s Pint House.

If you didn’t make it out to Urban Meyer’s Pint House for the show Thursday night, there’s always next week. Weekend Kickoff presented by Bryant Heating and Cooling Systems will be back next Thursday to preview the Buckeyes season opener against Nebraska and more at 7 p.m. See you there!

Ohio State has gotten a chance to watch six weeks of college football already this fall before kicking off its own season. So the Buckeyes have certainly had the chance to watch most programs across the country struggle defensively in the season during a pandemic.

So it’s safe to assume the Buckeyes will have their defense ready to go when they kick off next Saturday at noon. Lettermen Row senior writer Austin Ward has details. Part of that is here:

For one, the Buckeyes have been watching games for the last month and a half and have been watching plenty of clips that reinforce the importance of every fundamental tackling drill in every workout. Second, they’ve got a veteran corps of linebackers that can get everybody right schematically and ranks as one of the surest tackling units in the country. And third, with a full training camp and daily testing in place, the Buckeyes likely had the benefit of keeping more available players on the field for practice while the rest of the teams already playing dealt with contact-tracing issues.