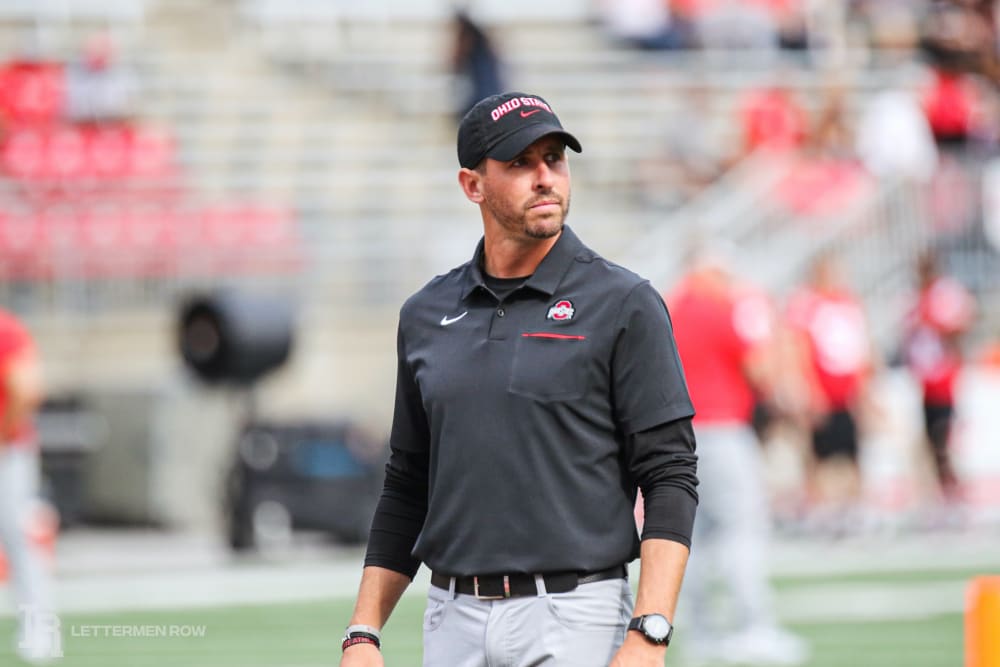 Ohio State has some of the best coaches in college football. The Buckeyes would love to keep all of them.

The Ohio State athletic department made that quite clear Monday. It is committed to giving the football program resources it needs and the men leading it raises, which will keep the salary pool for the program among the deepest in the nation.

That’s the cost of doing business for the three-time defending Big Ten champions. And along with the recent contract extension for Ryan Day, Ohio State has made it clear that it’s not going to cut any corners to stay on top.

All 10 assistant coaches for the Buckeyes received a raise. Each of their 2020 salaries are below:

For analysis on the latest salary changes and What We Learned from them, check out the latest from senior writer Austin Ward here.

On the latest episode of Lettermen Live hosted by Roosters, former dominating Ohio State offensive linemen Branden Bowen and Jonah Jackson join the show to break down what made the Buckeyes so good up front last season. The guys talk about their preparation for the NFL Draft and what to expect at the Buckeyes upcoming Pro Day. Then, former Ohio State standouts Mike Doss, Anthony Schlegel and Justin Zwick join Lettermen Row senior writer Austin Ward to talk about the value of the first week in spring practice and what else Ryan Day and the coaching staff need to see before the end of the spring practice period.

In the final AP Poll before the NCAA Tournament, the Buckeyes stayed put.

As one of six ranked Big Ten teams, the Buckeyes check in at No. 19 for the second straight week, despite losing to No. 9 Michigan State. Ohio State earned a good win over Illinois earlier last week before the loss, so their ranking didn’t change. The Buckeyes are playing some of their best basketball of the season entering the Big Ten Tournament, where they’ll meet Purdue on Thursday evening.

The full rankings can be found here.

Nicholas Petit-Frere should be able to make a jump during Year Three at Ohio State.

After sitting behind starting tackles Branden Bowen and Thayer Munford a year ago, Petit-Frere now has an opportunity to seize a starting spot and begin to live up to his lofty five-star expectations. It’s not quite his starting role yet, as freshman Paris Johnson will be pushing him for that right tackle spot. Petit-Frere will have to hold off the talented freshman to earn that starting role along the Ohio State offensive line.

What can Nicholas Petit-Frere potentially bring to the Buckeyes as a starter? How much as the offensive lineman developed over the last two seasons with Ohio State? What’s it like to compete against him in training camp with the program? Former Ohio State starting right tackle Branden Bowen was in the Lettermen Row film lab to answer those questions and break down some film in the latest episode of BuckIQ.