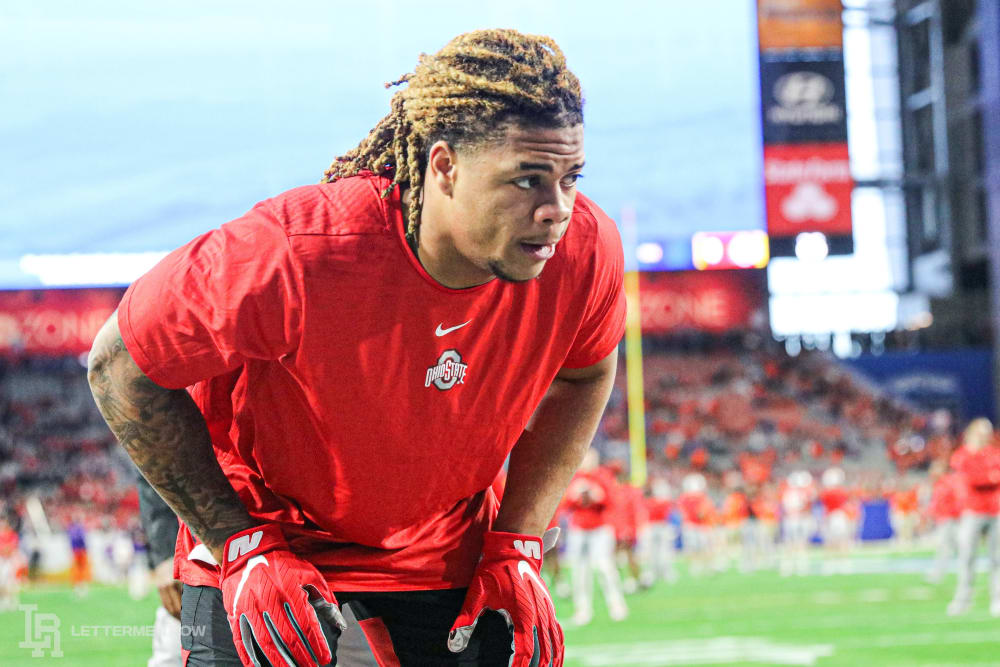 Ohio State defensive end Chase Young will be one of the first players taken in the NFL Draft. (Birm/Lettermen Row)

The NFL Draft is just a day away, and Ohio State should have another impressive showing as teams look to stockpile talent from the college game.

Ohio State can make some impressive draft history Thursday night. That’s why the program released some stats from the NFL Draft on Tuesday.

Currently, the Buckeyes are tied with USC for the most first-round picks all-time with 81. They should break that tie and take the lead Thursday night when Chase Young and Jeff Okudah hear their names called.

Ohio State has been dominant on the field in the last 20 years, and it shows when the NFL Draft rolls around. Pro scouts and coaches love the Buckeyes.

It’s easy to see how talented Jack Sawyer is. That’s why the Ohio State staff recruited him at such a young age.

The next step for Sawyer is to carry on the rich tradition of Rushmen who have come through the program and learned under Larry Johnson. Once he committed to the Buckeyes early in his high school career, the connection between Sawyer and Ohio State continued to grow, and now, he’s already thinking about being the next great Ohio State defensive end, even before he arrives next year.

He’s going to be tasked with carrying on the year-after-year dominance from Ohio State defensive ends.

What is so impressive about Ohio State commit Jack Sawyer that has him ranked No. 3 overall in the country? How much more does the defensive end need to do to prepare for his arrival on campus with the Buckeyes? What is the transition like working with famed Buckeyes position coach Larry Johnson? Former Ohio State star and current Cincinnati Bengals defensive end Sam Hubbard joined Lettermen Row in the virtual film lab to answer those questions in the latest episode of BuckIQ.

At one point the Buckeyes were working pretty hard to get the country’s No. 1-ranked 2021 prospect, Korey Foreman, on campus for a visit.

The Corona (Calif.) Centennial defensive end then committed to Clemson, a program that does not allow its commitments to make visits anywhere else. When that happened, it seemed the possibility of bringing in the 6-foot-4, 265-pound Foreman was finished.

There may be a reason for optimism now when it comes to getting Foreman to Columbus for a visit. The top-ranked player in the class decommitted from the Tigers. What does that mean for the Buckeyes moving forward as they try to get into the game for Foreman?

Ohio State is one of the many programs that will try again to get involved with Foreman, and there’s no doubt that Larry Johnson has already begun reaching out to him. USC, which has been on a hot streak on the recruiting trail recently, is one of the programs that has been very closely linked with Foreman in the last few days as these concerns have begun to percolate.

If the primary reason for Foreman’s decommitment was the desire to take other visits, there’s no reason to expect or believe that he’s flipping to any other school in the near future. His recruitment is more likely just now going to really take off, and the Buckeyes are hoping to get a real shot.

For the full story and more recruiting news, click here.