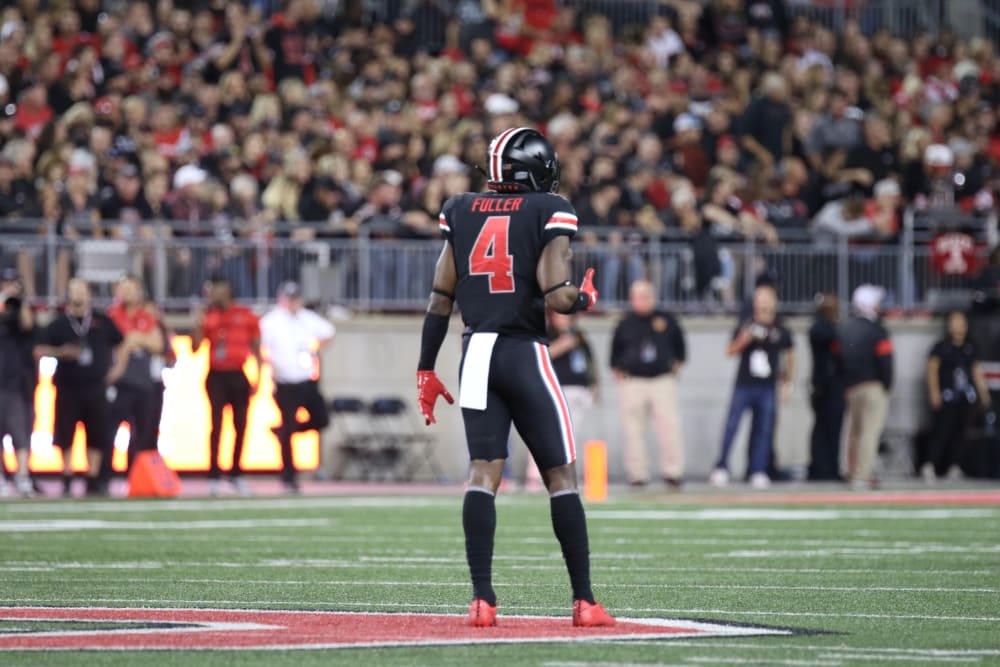 Those numbers are allowing the Buckeyes to have plenty of fun as a unit, something that wasn’t happening within the horrid defense from a year ago.

“The whole vibe as a team has been great,” Jordan Fuller said. “I’ve just been having so much fun playing football. That’s really the main reason why I wanted to come back, just trying to leave a legacy here and have fun playing the game.”

Fuller could be playing in the NFL right now. But he had to come back to make sure he made the most of his time at Ohio State, and he hated the way things went last year.

But the way this season is going, the Buckeyes are having fun, and Fuller is building the legacy he wants within a defense he loves playing in.

Ohio State and Northwestern were supposed to play Friday at 8:30 on Fox Sports 1, but due to a scheduling conflict, the television schedule has changed.

Due to a rainout in Game 4 of the American League Championship Series in MLB, the Buckeyes and Wildcats will now play on Big Ten Network. After the baseball game was rained out Wednesday night, the schedule was pushed back, and the Astros will play the Yankees on FS1 in Game 5 on Friday night, while WWE will air on Fox.

That left Big Ten Network as the destination for the Big Ten showdown between the Buckeyes and Wildcats.

Ohio State hasn’t had to play four full quarters often through six games this season. The Buckeyes have been dominating, so young players have been able to play more minutes than expected. But it has also allowed Ohio State to build depth, and some of the young defenders are now beginning to have an impact in important moments.

What is allowing guys like Zach Harrison, Josh Proctor and Cameron Brown to develop into reliable options for the Buckeyes? Where are the areas of improvement for the youngsters as they start getting meaningful action?

Lettermen Row senior writer sat down with former Ohio State linebacker Zach Boren to break down the young talent on the defense. Roll the tape!