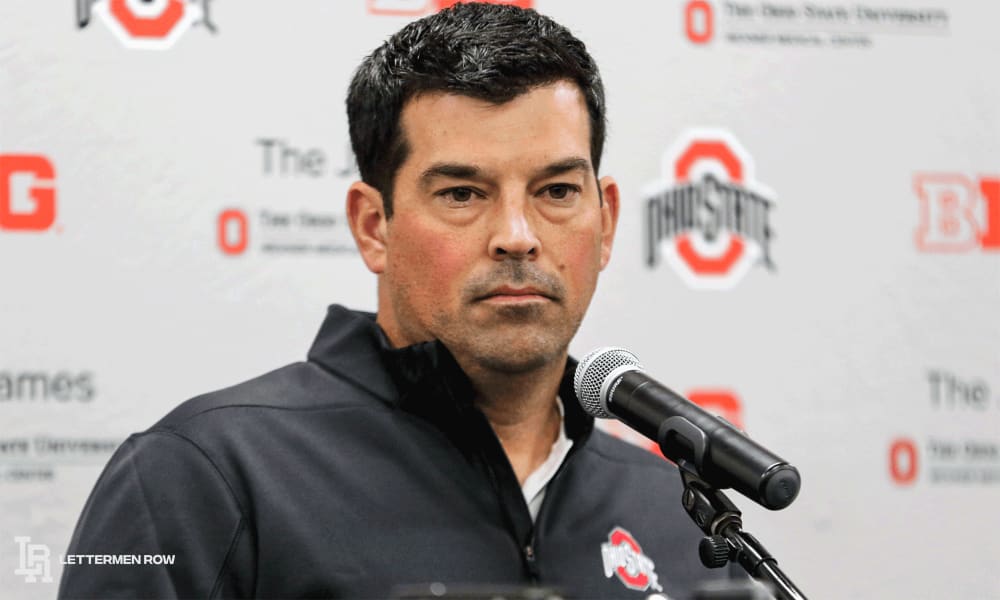 During spring practice, Ohio State coach Ryan Day was asked about the 2018 class and what that group had to do to make an impact. Day was adamant at if the Buckeyes were going to make a run at a national title this year, those second-year players would have to play a big role.

Well, Day was asked about that class again Thursday — specifically what that group has done to help the Buckeyes.

“They’ve been solid, but they have to start becoming veteran,” Day said. “Some of them have. These are the types of things where now they have to establish themselves as big-time contributors. They’re not freshmen anymore. It’s been good, but that story is yet to be written.

“There’s been some improvement, but we have to take a big step in that class right there. Those guys have to step up and become the future of the program.”

Did Ohio State hold back its offense in the opener?

Ohio State scored on its first four possessions Saturday, but the Buckeyes seemed to pack it in shortly after and go vanilla offensively.

Our own Austin Ward broke that down in the latest Question of the Day:

Ryan Day might not want to admit it for a variety of reasons, but it certainly seemed as if the Buckeyes were more interested in getting through that victory unscathed than running up the score. And the Ohio State coach also had plenty of motivation to go that route, since having a couple flaws to pick at can make it easier to get the attention of his team and it also leaves a bunch of tricks left in the bag for when the level of competition picks up.

“That [start] goes to show the explosiveness of what we can be and I think everybody felt that,” Day said. “Now it’s time to keep building on it as we go.”

New Beanie and The Boom Podcast

This week on the Beanie and The Boom Podcast, the guys chatted with Lettermen Row recruiting guru Jeremy Birmingham to break down Ohio State’s season-opening win over Florida Atlantic, give their picks for this week’s games using BetDSI and give some insight on this week’s slate of NFL games.

The Buckeyes have a well-documented struggle to find a running back for the 2020 class. Well, they offered another back this week.

Jahmyr Gibbs, a 3-star back from Dalton (Ga.) who has impressed so far this season, is the latest running back to be offered by the Buckeyes. Maybe that’s because he had 438 rushing yards and eight touchdowns in three quarters of work last week. Yes, 438 yards. Eight touchdowns.

He’s currently committed to Georgia Tech, but as Birm broke down, the Buckeyes are in the mix.