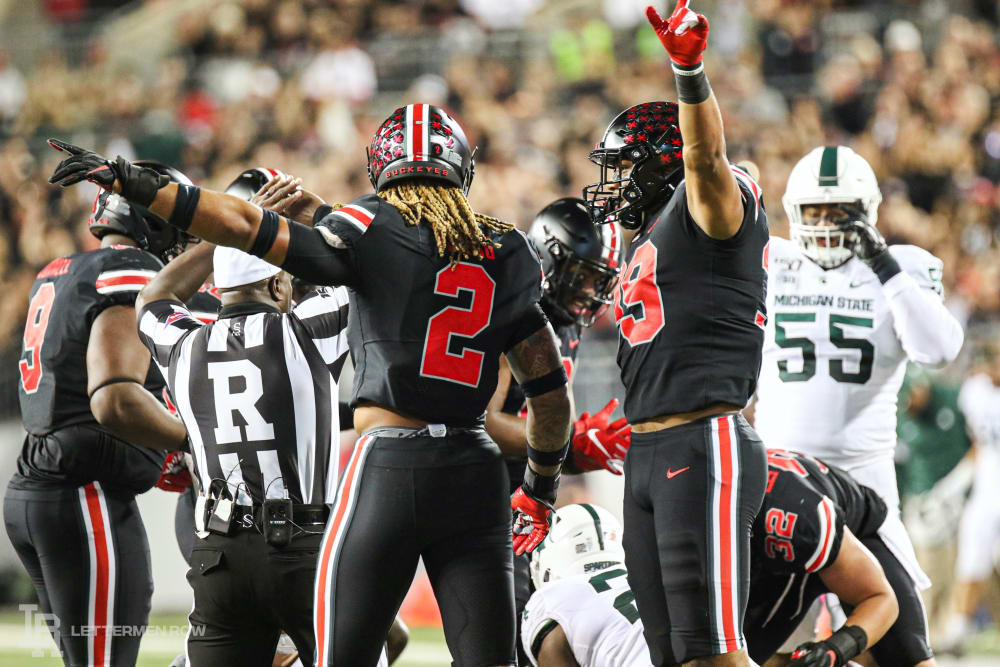 Chase Young will be cleared for a return to the Ohio State lineup after a two-game absence.

The junior captain defensive end had his case resolved after an appeal to the NCAA following an investigation into a loan from a family friend. The Buckeyes requested immediate reinstatement for Young after he paid back the money over the summer, but the end result was a compromise for two games.

Young missed last week’s 73-14 win over Maryland and will also miss the upcoming road trip to Rutgers on Saturday. But after a speedy resolution into the case following the formal report from Ohio State, the No. 2 team in the country will have its best player back in uniform in time for the closing stretch against Penn State, Michigan and potentially the Big Ten championship game.

All angles of the Chase Young situation can be found below:

If there was any skepticism of how good Ohio State can be when it is playing well, that was put to rest Wednesday night.

The No. 16 Buckeyes hosted No. 10 Villanova inside the Schottenstein Center in what was supposed to be an early-season test for a young team eager to find where it stands among some of the country’s best teams. If it was a test, the Buckeyes easily passed it. Ohio State jumped out to a 20-point first-half lead and only built on it, handling Villanova 76-51 for a statement win early in Chris Holtmann’s third season.

Kaleb Wesson had 10 points and 11 rebounds, while Duane Washington led the Buckeyes with 14 points and 4-of-6 on 3-pointers. The Buckeyes shot 56.3 percent from 3-point range during the game, while they held Villanova to 30.6 percent from the floor. The Wildcats could never find an offensive groove, and Ohio State made them pay for that.

For full coverage from the Buckeyes huge win over Villanova, click here.

Chris Chugunov was never supposed to be in games for Ohio State. That was, at least, the common thought.

He entered last season as the fourth-string quarterback with no plans of playing, but things changed quickly. After all the transfers in and out of the program, Chugunov was penciled in as the third-string quarterback by some. That was until he took over as the backup with his play. Now, Chugunov is making impressive throws in mop-up duty for Ohio State. And if something happens to Justin Fields, Chugunov will be ready to play for the Buckeyes.

What all is giving Ohio State confidence in Chugunov? What would be a reasonable expectation if the offense needed him for significant snaps? Former Ohio State staffer, Kentucky quarterback and current Ohio Dominican offensive coordinator Mike Hartline popped in the film lab with Austin Ward to answer those questions in the latest episode of BuckIQ.

BuckIQ with Mike Hartline can be found here.