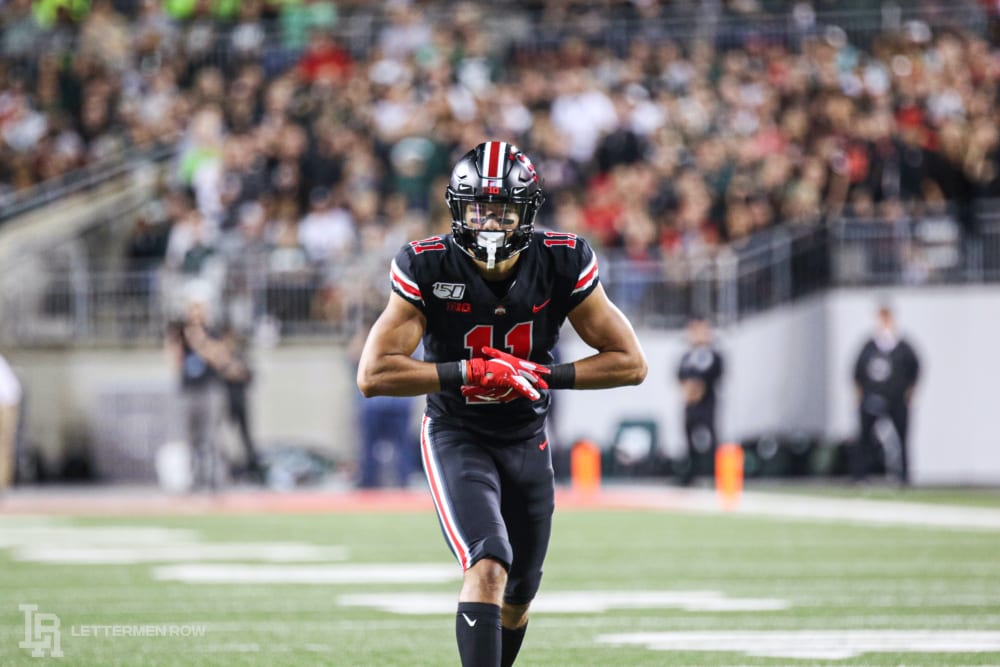 Ohio State officially reached the halfway mark of the season with a big 34-10 win over Michigan State on Saturday night. The Lettermen Row staff was in Ohio Stadium and has the details. Did you miss any of the coverage from Austin Ward, Tim May, Birm and Spencer Holbrook? We have you covered.

Ohio State has reached the halfway point in its season. After a convincing win over Michigan State, the Buckeyes finally feel tested.

But they didn’t have much trouble beyond some first-quarter woes in their 34-10 win over the Spartans.

Now, Ohio State finds itself moving into the top four at No. 4 in the latest Amway Coaches Poll, which was released Sunday afternoon. The Buckeyes moved into a tie for third in the latest AP Poll.

Alabama retained the top spot. The Crimson Tide are followed by Clemson, Georgia, Ohio State and Oklahoma, who rounded out the top five of the Coaches Poll.

As Lettermen Row covered the game Saturday night in Ohio Stadium, our recruiting expert Birm was also there for the recruiting circuit. Ohio State hosted a bevy of top prospects and commitments, and it seems like the Buckeyes may have more noise to make in the 2020 class yet, especially at quarterback and running back.

California 4-star quarterback CJ Stroud and Texas running back Kevontre Bradford were both in Columbus for the primetime game between the Buckeyes and the Spartans. For the latest on those two talents and others, check out Sunday’s Dotting The ‘Eyes.