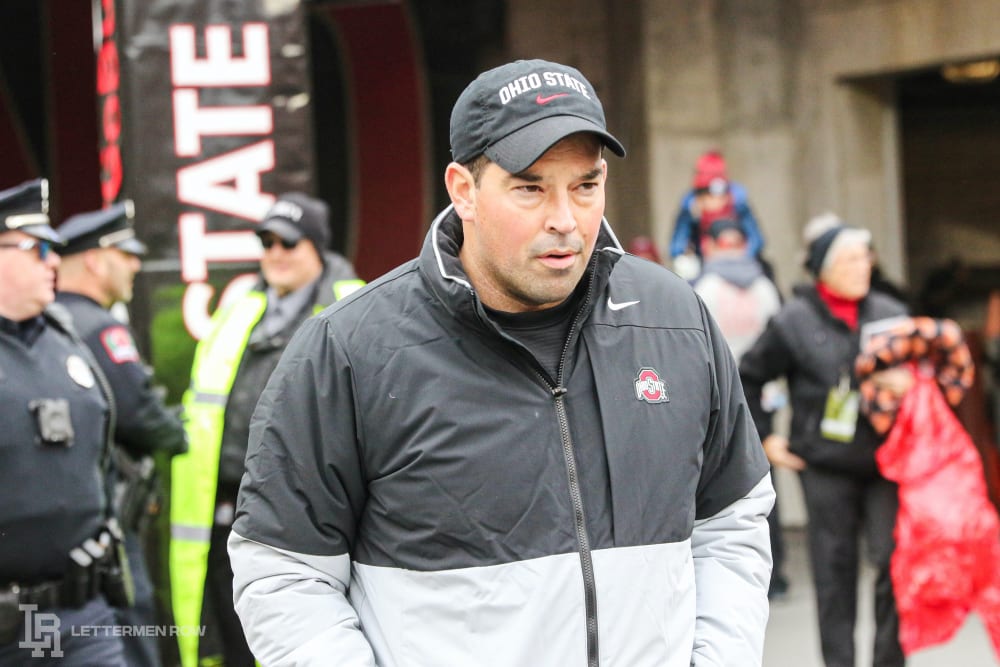 Former Ohio State coach Urban Meyer was 7-0 against Michigan, meaning he was 7-0 playing on the Saturday after Thanksgiving.

With Meyer out and Ryan Day coaching in his first Ohio State-Michigan game, the schedule for the week of Thanksgiving will be similar to that of the Meyer era.

That schedule has worked for the Buckeyes in The Game for each of the last seven years, so it makes sense for them to keep it similar for this year’s edition.

Lettermen Row has been providing premium Ohio State content all season, especially on Youtube with the Practice Report and Rapid Reaction.

But this week is just different, so former Ohio State starters Reid Fragel and Zach Boren joined Lettermen Row senior writer Austin Ward and George Kauffman from Byers Auto for a special Michigan preview show, which was recorded at Audi of Columbus.

Need a preview show to get through the holiday? Check out the show.

If the Buckeyes can get through the road trip to Ann Arbor with a win and beat Wisconsin or Minnesota in the Big Ten title game, they’ll spend Christmas preparing for the College Football Playoff.

BetOnline.ag released early lines for the potential playoff matchups Wednesday, and Ohio State could potentially be an underdog for the first time all season.

Justin Fields has nothing to prove at Ohio State.

His arm talent? He has already shown it. His footwork? He has that down. The capability to tuck the ball and run? That was apparent since he stepped on campus. He can also add toughness to his resume, and after 21 carries against Penn State, there is no questioning Fields’ heart and toughness.

The Buckeyes are undefeated through 11 games on the back of a dominant defense and a breakout season from Fields and the offense.

How did Fields handle the big-time pressure against Penn State? What is making Ohio State so confident that he can deliver even in the face of adversity? Where is there still room for the quarterback to improve heading into The Game? Former Ohio State quarterback Greg Frey was in the Lettermen Row film lab with Austin Ward looking at the work Fields delivered on the way to the Big Ten East Division title to answer those questions in the latest episode of BuckIQ.