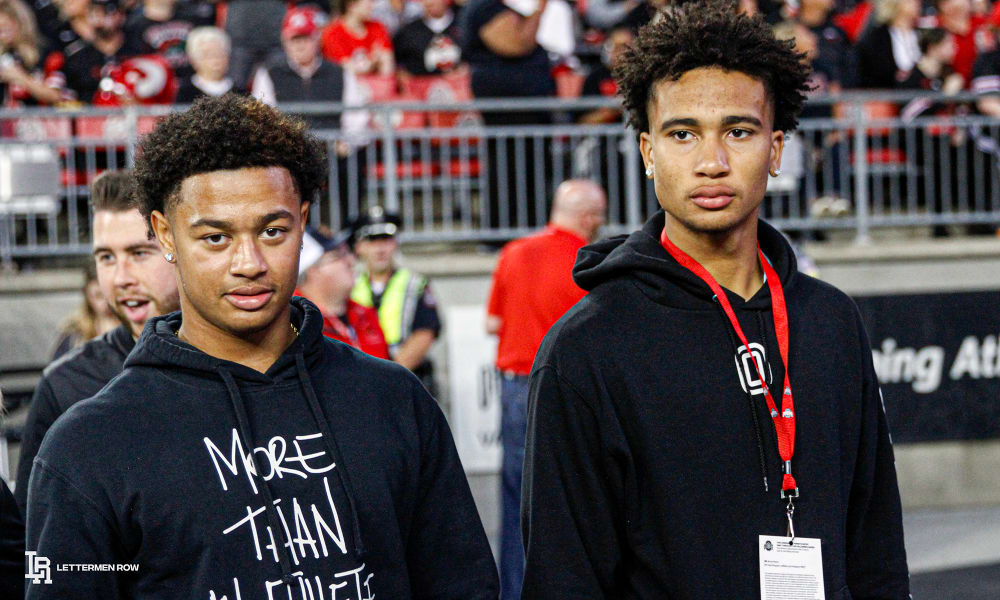 The Buckeyes had a massive day Wednesday, signing 24 players for the 2020 class as part of the early signing period.

Ohio State coach Ryan Day was ecstatic about his class.

“So far this has been — what a great day this has been,” Day said. “We have 24 guys that signed in this class. We think it’s an unbelievable class. As this coaching staff’s inaugural class, there’s a lot of people that had to make this happen.”

Ohio State loves the 24 signees it has at the moment, and the Buckeyes are still waiting on two others to join the class, as 4-star cornerback Clark Phillips, who is already committed to the Buckeyes, will announce where he will sign Thursday. His decision will be between Ohio State and Utah. The other commitment, Cameron Martinez, will sign with the Buckeyes in February due to the departure of Jeff Hafley.

Clark Phillips is an important piece for the Buckeyes. After Jeff Hafley’s departure, Phillips visited Utah, and now he must make a choice on his college Thursday.

Birm also has the up-to-the-minute details on the incoming Clark Phillips decision.

Phillips will announce his college decision at roughly 2 p.m. on Thursday. That is his birthday, and the plan for Phillips and his family had always been to sign that day, regardless of whether or not he was considering a change in his choice. Because of Jeff Hafley’s decision to take the coaching job at Boston College, though, Phillips is considering a change. He will announce if he’s heading to Columbus or Utah and then proceed from there.

Right now, real information on Phillips and his choice is scarce. It’s worthless to point out that the vibe from the Buckeyes side of things isn’t great because that should be obvious. If the vibe was good, then there’d be no decision to be made, right?

When the country’s No. 4-ranked cornerback talked with Lettermen Row last, he spoke of all the things he found desirable about Ohio State and he was ready to join the program as soon as possible. The loss of Hafley has impacted his recruitment more than anyone — including Phillips himself — could’ve imagined. Outside of a coaching change which likely would’ve occurred a year from now anyway, nothing else has changed in Columbus.

Tyreke Smith hasn’t had the year he wanted to have.

Injuries plagued the sophomore defensive end, and it was certainly frustrating for a player with loads of potential

But when he has been on the field for the Buckeyes, he has shown signs of brilliance. Smith can rush the passer well, and legendary defensive line coach Larry Johnson is only making him better.

What makes Smith such a weapon for Ohio State when he’s healthy? How has he made a difference for the Buckeyes even when he hasn’t been at full speed? Where are there still areas for Smith to grow under position coach Larry Johnson? Former Ohio State captain Zach Boren was back in the Lettermen Row film lab with senior writer Austin Ward looking for those answers in the latest episode of BuckIQ.

BuckIQ: Tyreke Smith ready to be unleashed for Ohio State in Fiesta Bowl
Watch this video on YouTube.