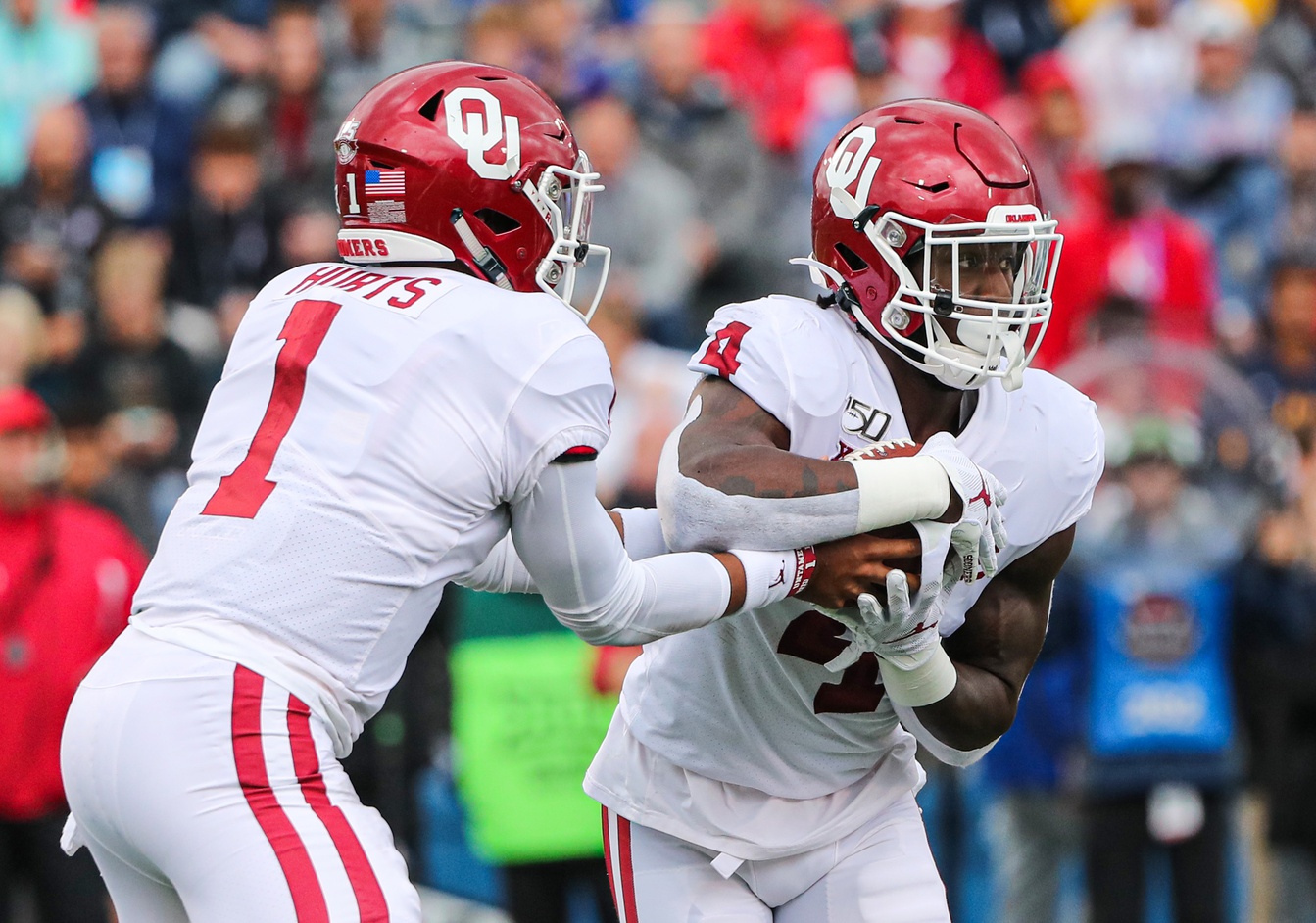 After J.K. Dobbins left Ohio State for the NFL Draft, the need for a running back became apparent. And when Master Teague went down with an injury early in spring practice, that need grew even bigger. Ohio State may have found its answer.

Trey Sermon, a former Oklahoma running back, confirmed to Lettermen Row his plans to use his graduate-transfer season at Ohio State, returning to a place he visited as a recruit and where he punched in a key touchdown a few years ago as a freshman for the Sooners.

“I just believe it’s the best situation for me,” Sermon told Lettermen Row. “I know that I have the opportunity to play there considering the depth, and I had a relationship with [running backs coach Tony] Alford during my recruiting process coming out of high school. He was a great guy then, and I just feel like I connected well with him. I know I’m going to have to go in and compete for the job, but I feel like it’s the best situation for me to go into now.”

Teague was productive as the backup last season, but the other running backs in the room are inexperienced. Sermon, a back who has ran for 2,000 yards and 25 touchdowns during his college career, seems to be the perfect fit for what the Buckeyes were looking for.

Lettermen Row’s Austin Ward broke the news, and he has the full breakdowns and everything you need to know about Trey Sermon committing to the Buckeyes.

Evan Pryor knew what he was signing up for when he chose Ohio State over Georgia and North Carolina.

The Buckeyes need two running backs in the 2021 recruiting class, and they’re going after some of the country’s best, even with Pryor already in the class. Ohio State is gunning for another elite back to pair with Pryor. And he loves the idea of that.

Lettermen Row senior writer Austin Ward visited with Pryor and got some insight on why. Check out part of the conversation:

Pryor is almost certainly not going to be the only elite prospect to absorb that message and want to jump on the opportunity to become next off Ohio State’s NFL assembly line. And that’s also something he studied and embraced, actually hoping that somebody like top-rated tailback TreVeyon Henderson joins him with the Buckeyes to potentially allow them to share the workload and save some wear-and-tear for the next level.

For the full story about why Pryor chose the Buckeyes and more, click here.

After just one season with the basketball program, forward Alonzo Gaffney will not return to Ohio State. The No. 50-ranked player in last season’s 247sports.com composite rankings, Gaffney will reportedly pursue professional options rather than stay for another year with the Buckeyes. 247sports.com’s Brian Snow first reported the departure.

But while the Buckeyes are losing one forward, they’re gaining another.

Seth Towns, a 6-foot-7 forward who is from Columbus and played at Harvard, is coming home to play for Ohio State. Towns averaged double-digits scoring for the Crimson, and he will be a key piece for Chris Holtmann and the Buckeyes. Towns narrowed his college choice down to Duke and Ohio State, but he chose to sign with the Buckeyes. He will be immediately eligible.

Ohio State just lost guard D.J. Carton to the transfer portal, and with the news of Gaffney’s departure, talent needed to come back in.

Seth Towns seems to fit what the Buckeyes were looking for.