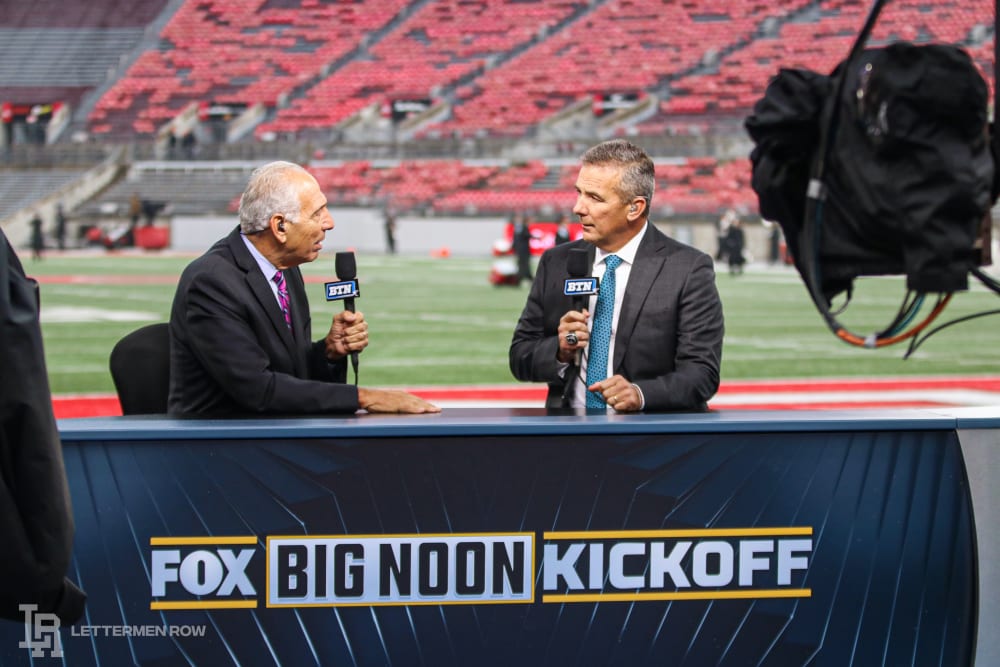 Ohio State’s game against Penn State has been hyped up for weeks, and it has been billed as the game of the year in the Big Ten.

It’s so big that all three pregame shows will be on site for the clash between the Buckeyes and the Nittany Lions. ESPN’s College Gameday, FOX’s Big Noon Kickoff and Big Ten Tailgate will all three be in Columbus, in and around the Horseshoe before the game.

College Gameday will start at 9 a.m. on the south lawn in front of St. John Arena. Big Noon Kickoff will air near the “Victory Bell” tower at Ohio Stadium from 10 a.m. to 11 a.m. The show will then move inside the stadium for the second hour of the show. Big Ten Tailgate will start at 10 a.m. It will be located near the RPAC.

All three pregame shows will lead into the huge matchup, which will decide the Big Ten East.

Buckeye Nation needs to rally an early comeback against Penn State. Ohio State is facing off against PSU in a giving challenge. The school that raises the most funds for their student food pantry wins the challenge.

Penn State is off to an early lead, and the Buckeyes are asking for your help to mount another classic comeback.

With every $5 donated, 25 meals will be provided to food-insecure students at Ohio State.

Ohio State didn’t have to worry about a post-Villanova hangover. After cruising last week to a huge win over the then-No. 10 Wildcats, the Buckeyes easily took down Stetson 86-51. Ohio State jumped out to a 28-3 lead in the first half, and the game was never in doubt Monday night at the Schottenstein Center.

Kyle Young led the Buckeyes with 15 points and 10 rebounds, while Kaleb Wesson chipped in 13 points and grabbed eight boards. Ohio State was able to empty the bench, and 11 of the 13 Buckeyes who played scored.

The Buckeyes will be back in action Friday night in Columbus.

The Buckeyes had an easy week against a terrible Rutgers team with a 56-21 win over the Scarlet Knights on the road Saturday, improving to 10-0 on the season with huge games against Penn State and Michigan on deck.

Ohio State named champions from the win over Rutgers on the offensive and defensive side of the ball, as well as a special teams player of the game. The list of champions can be found below:

The guys broke down last weeks win over Rutgers, key matchups to watch against Penn State, where Ohio State can exploit the Nittany Lions, who wins and the score predictions. The panel gives thoughts on everything about the big game this weekend. Oh, and they did it all while enjoying delicious food at Roosters.

The full episode can be found here.