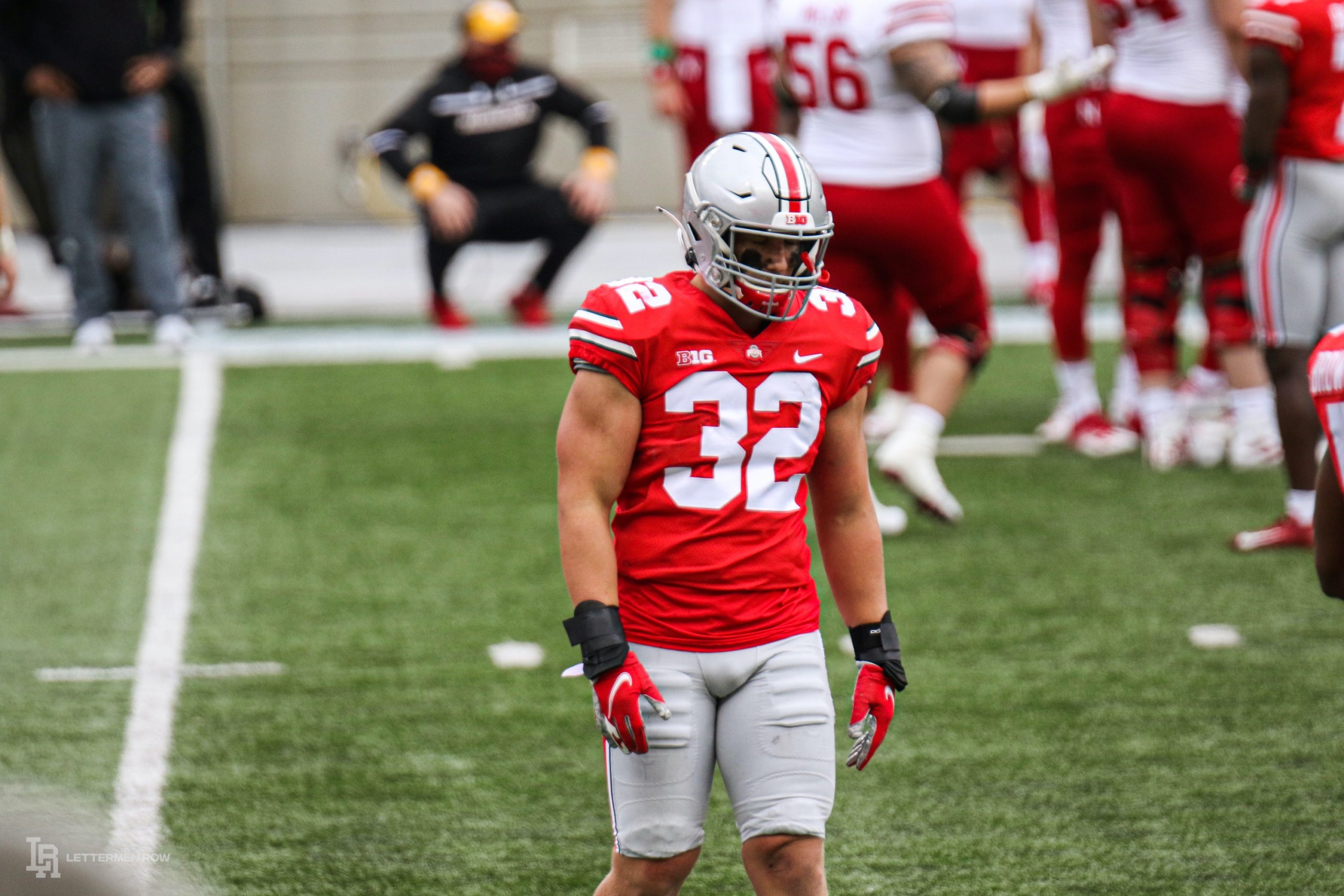 Tuf Borland was a champion against Nebraska. (Birm/Lettermen Row)

Which Buckeyes graded as champions in season-opening blowout?

Ohio State routed Nebraska 52-17 on Saturday in the Buckeyes first game of the pandemic-shortened season. Before the Buckeyes can fully turn their attention to the road test at Penn State this weekend, they made sure to announce the players who graded out as champions in the huge opening-weekend win.

One week into the Big Ten slate, Ohio State appears to be ready for another run at the College Football Playoff, and Lettermen Live hosted by Roosters is back to break down every angle.

Lettermen Row senior writer Austin Ward is joined by former Buckeyes Anthony Schlegel, Doug Worthington, Evan Spencer and Justin Zwick for a discussion about the Buckeyes emphatic win over Nebraska. The guys break down their biggest takeaways, what the Buckeyes need to improve on and more. The panel also breaks down the massive road matchup with Penn State that will happen Saturday in primetime, what to watch for and what the final score might end up being.

Nicole Cox from Roosters also joined the show to give an update about how to safely watch the Buckeyes while enjoying Roosters this fall and give a game pick of her own.

Buckeyes to host Rutgers in primetime

Ohio State is set for another primetime game as the Big Ten announced its Week Three schedule on Monday afternoon.

The Buckeyes will welcome former defensive coordinator Greg Schiano and Rutgers for a 7:30 p.m. kickoff on Nov. 7.

After dominating the Scarlet Knights by a combined score of 222-24 in the last four meetings between them, Ohio State could see an improved Rutgers program coming to Columbus. Schiano’s revamped program has been bolstered by a number of high-profile transfers —  including former Buckeyes Rose Bowl MVP Brendon White — and had no problem with Michigan State in East Lansing. Rutgers opened the season by knocking off the Spartans 38-27 thanks to a ball-hawking defense that forced seven Michigan State turnovers.

The prime time game between the Buckeyes and Scarlet Knights will air on the Big Ten Network.