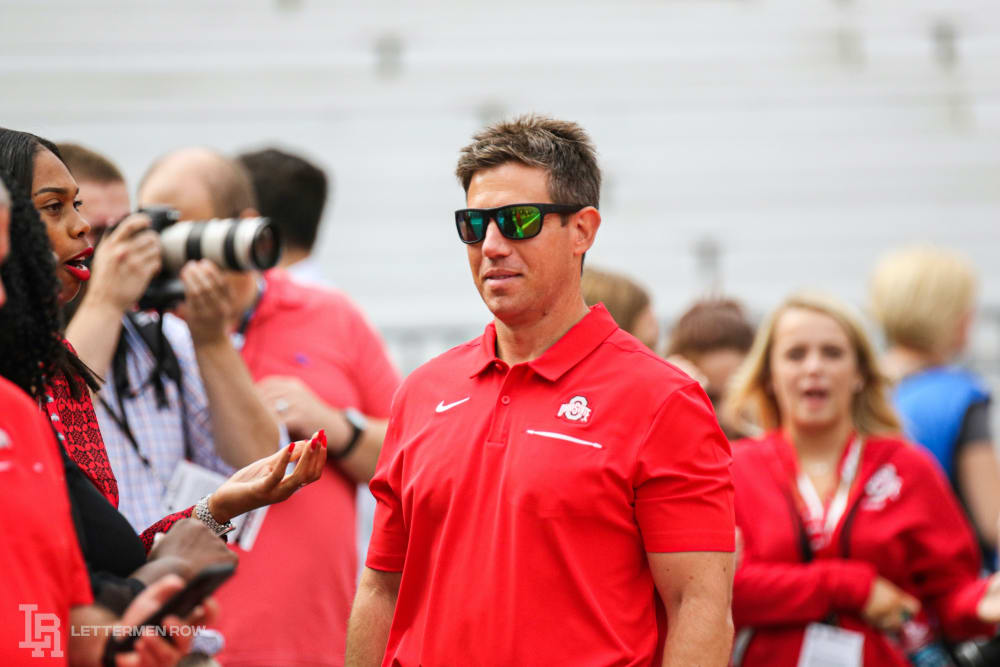 The fireworks of national signing day were taken away when the NCAA introduced a early signing period that takes place in December.

So after 24 of the Buckeyes 25 pledges signed with Ohio State during the December signing period, only one remains yet to sign. Cameron Martinez, a four-star athlete from Muskegon, Michigan, is expected to play defensive back for the Buckeyes. He’ll put pen to paper Wednesday to complete another incredible recruiting class for Mark Pantoni, Ryan Day and the Buckeyes.

Other than the signing of Martinez, the Buckeyes aren’t expected to have any unexpected commitments or signees, making it a light and relaxing signing day. Other schools will be signing prospects, and the recruiting rankings may shuffle a little in the coming days, but the Buckeyes have almost certainly locked in a top-five class in the country for yet another recruiting cycle.

Of the 24 signees to already ink their pledge to the Buckeyes, 14 are already on campus and going through offseason workouts with Mickey Marotti and the Ohio State strength and conditioning staff. Marotti and his staff are already working to make sure those upcoming true freshmen will be ready to contribute right away. Want to find out more about that? Click here.

The Ohio State football season just ended a little over a month ago, but the 2020 season is just around the corner.

Tickets for this season’s spring game will go on sale next week on Feb. 13. General admission price will be $5, while there will be limited $15 reserved club seats available, too. Tickets can be found on Ticketmaster or at the normal Ohio State athletic box office at the Schottenstein Center. Children under 6 years old will be admitted for free.

The spring game will take place on Saturday, April 11 at Ohio Stadium.

Ohio State has won games in plenty of different ways this season.

The lone exception? A road environment that wasn’t the quiet gym at Northwestern. But after a 61-58 win over Michigan at the Crisler Center on Tuesday night, the Buckeyes can officially cross that off the list. They have a quality win on the road in Big Ten play.

A majority of the conference can’t lay claim to that. Ohio State (15-7, 5-6 Big Ten) now can. The Buckeyes found themselves in a 40-minute fight against the Wolverines (13-9, 4-7 Big Ten) in a loud atmosphere and a physical game that didn’t feature many whistles for fouls and 19 lead changes. Now winners of three straight games, two of which came on the road, Chris Holtmann and the Buckeyes are streaking through the first week of February.

Check out Three Points from the win here.