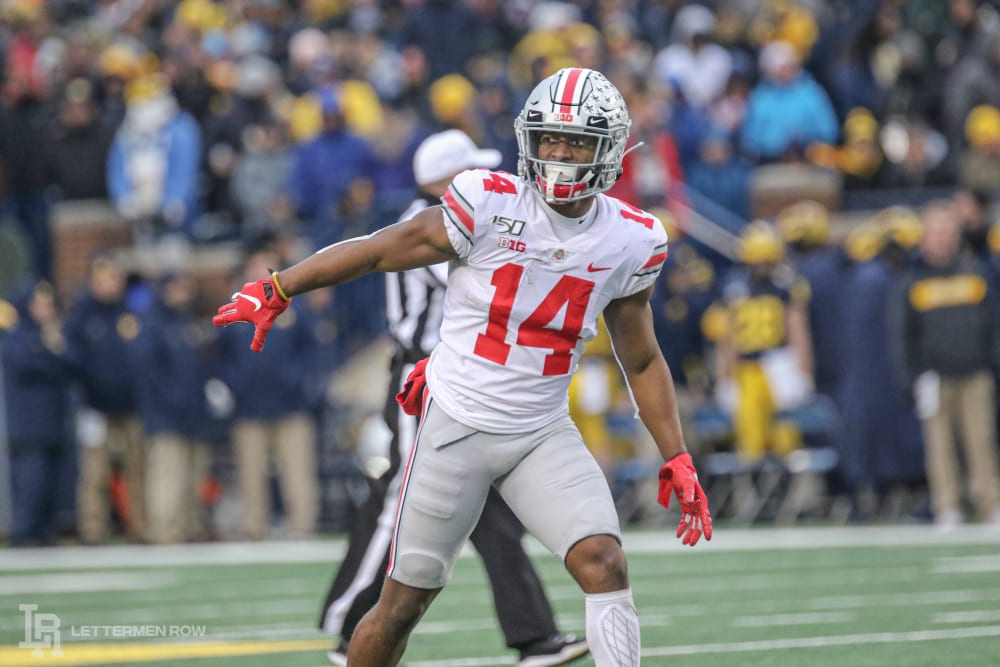 All K.J. Hill needs is four receptions. Once he grabs his fourth pass of the postseason, Hill will break David Boston’s record for most receptions in an Ohio State career. Hill has been asked by media about the record all season because it was assumed he would break it this season.

Now, he is nearly guaranteed to break that record, and it will happen in a huge postseason game.

“It’s in the big games now,” Hill said. “So it’ll be good to break that record in the Big Ten [title game] and whatever we got after that. I’m pretty excited.”

If Hill has a big day in the Big Ten title game against Wisconsin, he might grab the record in Indianapolis.

Ohio State held a media session Wednesday night with select players, and it shaped up to be a normal — and relatively uneventful — session in the build-up to the Big Ten title game. But then fifth-year linebacker Justin Hilliard made an announcement.

Hilliard has been granted a sixth year of eligibility by the NCAA. The waiver was cleared before Senior Day last month, so he didn’t participate in the pregame festivities prior to the win over Penn State. Hilliard now can come back to Ohio State next year to help the Silver Bullets like he has for much of this season. He had a tackle for loss against Wisconsin and an interception in the Penn State game, showing what he can do when he is on the field. For more on Hilliard’s waiver, click here.

Chase Young doesn’t need to have sacks to make an impact along the defensive line.

He draws double- and triple-teams from offensive linemen and chipping tight ends and running backs. He generates quarterback hurries. He even frees up other defensive linemen so they can get sacks while Young attracts blockers. Michigan did the best job of any Ohio State opponent this season when it came to slowing Young down. A few no-calls on holding penalties helped, but the Wolverines did well on Young.

What did Michigan do to find ways to slow down Young? How much is the Ohio State star getting held by opposing blockers? Will the Buckeyes defensive end bounce back with a huge performance in the Big Ten title game on Saturday? Former Ohio State captain Zach Boren was back in the Lettermen Row film lab looking at Young’s outing last week to try to answer those questions in the latest episode of BuckIQ.

No. 6 Ohio State traveled to Chapel Hill for a huge showdown with No. 7 North Carolina in the Buckeyes first road game of the season.

The top-10 matchup was supposed to be a great test for the Buckeyes. They certainly passed that test Wednesday night, easily handling the Tar Heels 74-49 to improve to 8-0 on the season, sending a message to the rest of the Big Ten. Ohio State was led by Duane Washington Jr., who continued his brilliant start to the season with 18 points. Three other Buckeyes were in double-figures, including Kaleb Wesson’s 10 points and nine rebounds, in the huge win that just adds another win — along with wins over Cincinnati and Villanova — to their NCAA Tournament resume.