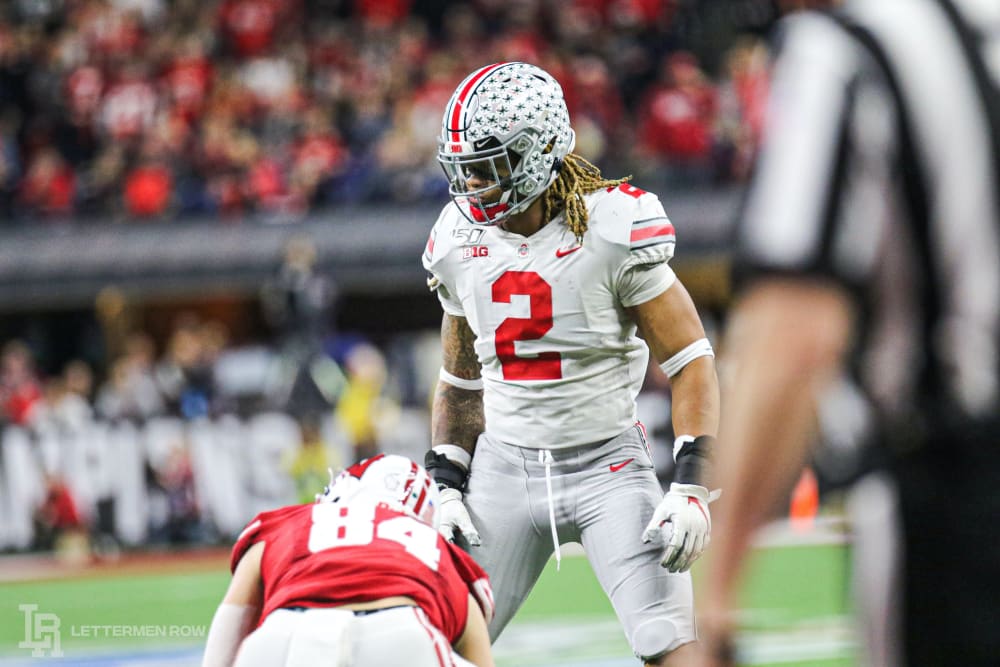 Ohio State will be well-represented at the Heisman Trophy ceremony Saturday evening, to say the least. Quarterback Justin Fields and defensive end Chase Young are two of the four finalists for the most prestigious award in college football, joining Oklahoma quarterback Jalen Hurts and LSU quarterback — and Ohio State graduate — Joe Burrow.

Fields and Young will both finish in the top four of voting for the Heisman Trophy, but neither is expected to win the award. It will likely go to Burrow. But having two finalists from the same team is certainly impressive.

After just one season as the co-defensive coordinator at Ohio State, Jeff Hafley is on the move.

Multiple sources indicated to Lettermen Row that Hafley was heading to Boston College to take over that program with his first head-coaching job. The timing isn’t great for the Buckeyes, who are preparing for the Fiesta Bowl against Clemson with a potential national title on the line.

How will the pending departure of Hafley impact Ohio State now and into the future? Lettermen Row’s Austin Ward dove into a few key questions to assess the situation.

Justin Fields working to get healthy for Fiesta Bowl

Ohio State quarterback Justin Fields is working hard, even though he’s on the road and traveling for various awards ceremonies.

The sophomore signal-caller was in Atlanta for the College Football Awards, then made his way to New York for the Heisman Trophy presentation. It’s been a busy week, but the training staff in Columbus has a workout routine for Fields to do while on the road.

Lettermen Row senior writer Austin Ward is on the ground in New York City to cover Fields and the Heisman presentation. From Ward:

The experience for Fields and teammate Chase Young will surely be worth it, though, and both have certainly earned the spotlight and recognition after impressive seasons leading the Buckeyes to a perfect record and another Big Ten title.

But that doesn’t mean there aren’t any drawbacks. The travel, media responsibilities and trying to squeeze in workouts while keeping an eye ahead on the Fiesta Bowl can be draining — particularly for Fields as he tries to power through his rehab. There obviously wasn’t a lot of on-field work for him to do this week at Ohio State, and this first phase of a three-week stretch to recover from his knee sprain could wind up being crucial before the Clemson matchup.

What can be expected of Ohio State as it begins prep for Clemson and the Fiesta Bowl? Can the Buckeyes make a splash on the recruiting trail during the early signing period? Will Ohio State lose any more assistants to other jobs around the country? The Lettermen Row staff passed out five bold predictions ahead of the huge upcoming month. Here’s what our staff predicted to see.

Seemingly as quickly as he rose to stardom for Ohio State, Brendon White’s career with the Buckeyes is likely over.

White’s name entered the transfer portal Friday afternoon. That doesn’t guarantee the junior Bullet will not be back with the Buckeyes. Players can return to their previous school after entering the portal, but that seems unlikely for last year’s Rose Bowl defensive MVP.

A transfer would have been hard to predict after White made the lineup last season and looked like a future star. After 19 tackles, 2 tackles for loss and a sack this season, White’s Ohio State career is likely over.

Miss any of our coverage this week?