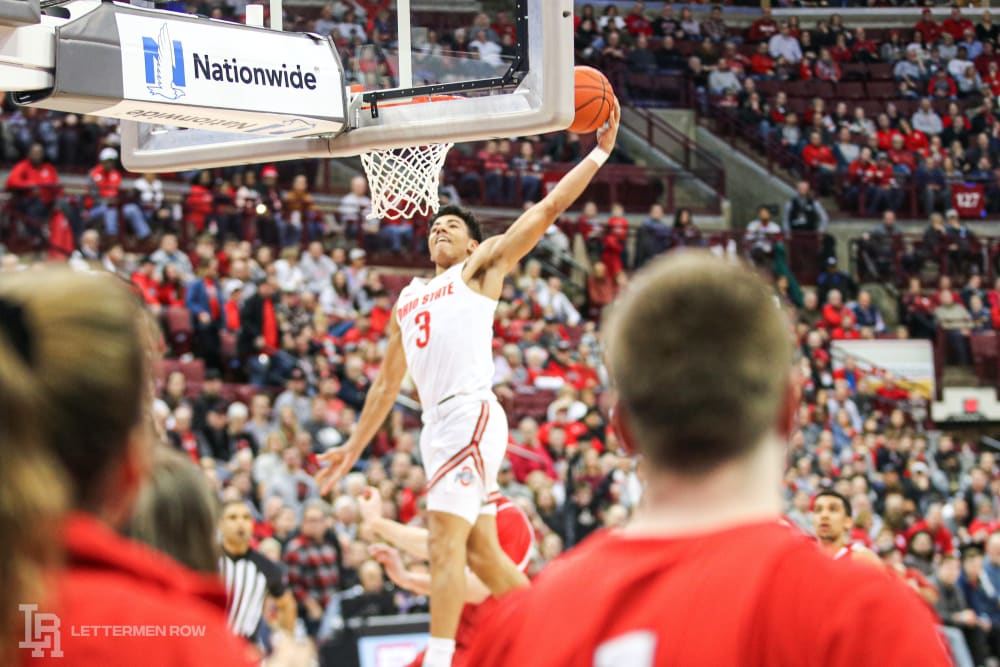 After a rocky season and a leave of absence, Ohio State freshman guard D.J. Carton has entered the transfer portal.

Carton, the 2019 Iowa Mr. Basketball, started three games for the Buckeyes and played in all 20 games before taking a leave of absence late in January, citing a struggle with mental health. He finishes his Ohio State career averaging 10.4 points and three assists per game.

LOVE THIS PLACE…❤️ thank you for everything buckeye nation! pic.twitter.com/buWtEkCaWO

“We 100% support D.J. in this decision and we genuinely wish him all the best moving forward,” Ohio State coach Chris Holtmann said in a statement. “We appreciate all he contributed to our program. We will assist him in any way we can.”

Carton was the No. 34 overall player in the 2019 recruiting class. He joined Alonzo Gaffney, Ibrahima Diallo and E.J. Liddell in the class. Now, he departs after just one season.

Ohio State had a dominant offensive line last season. It is expected to have another one next year.

Last season, Jonah Jackson led the team with more than 80 unofficial knockdowns, as the Buckeyes offensive linemen each counted how many defensive linemen they could handle throughout the season.

Wyatt Davis could have gone to the NFL after last season, but he chose to stay at Ohio State for another national title run. He is hoping to break Jackson’s mark. Lettermen Row looked at whether Davis could break that record:

Davis is going to have to just keep mauling defensive linemen next season.

It’s not a matter of if he can rack up the knockdowns, it’s just a question of how many he could wind up posting. Davis is going to get bigger, faster and stronger thanks to Mickey Marotti’s offseason strength and conditioning program, so that’ll be taken care of — whenever the Buckeyes are all back on campus. The All-American guard will also have center Josh Myers, who could also be an All-American, back to play beside him. That duo, along with projected starter Harry Miller in place of Jackson, could form one of the best interiors in the country. The five starters together could be one of the most dominant offensive lines in all of college football. Davis has grown into one of the leaders in that room.

Are Buckeyes close to landing another back?

Ohio State already earned a commitment from four-star running back Evan Pryor less than a week ago. But the Buckeyes are trying to land a second running back in the class of 2021. They might be close to that goal.

Birm has the story:

There’s a growing sense of optimism that not only are the Buckeyes leading for Henderson, as the running back and his coach have stated, but that the country’s top-ranked tailback is considering making his college decision far sooner than anyone would’ve expected — without ever stepping foot on campus at Ohio State. While the lack of a visit suggests that the Buckeyes are fighting uphill, everything else indicates they’re the team to beat. A potential decision looms large not just for Alford, Ohio State and Henderson, but also for Edwards.

For the full scoop — and maybe an answer — check out the full story from Birm here.