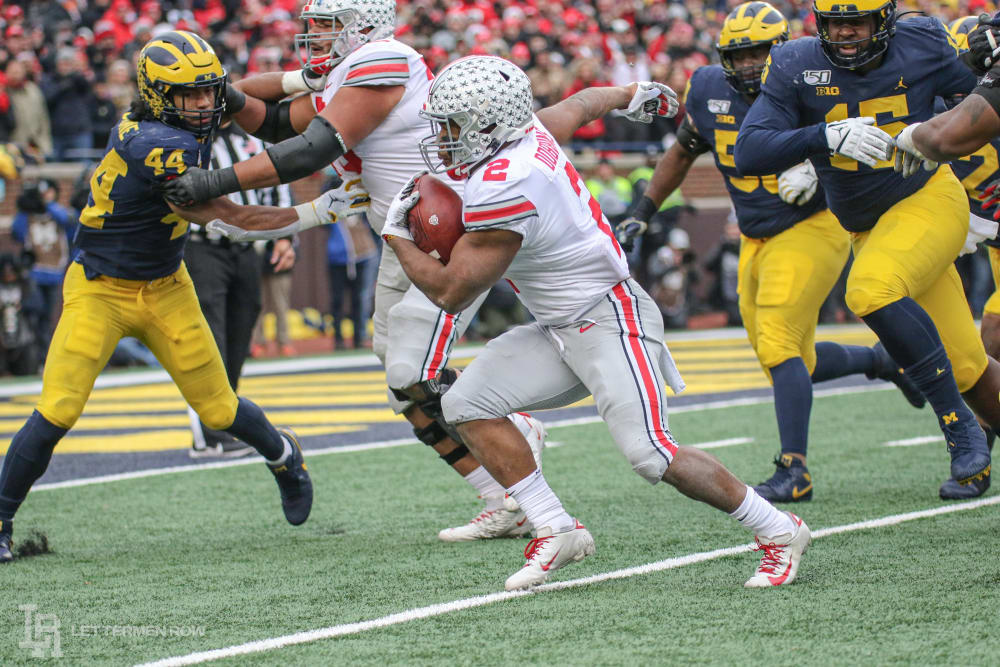 Sam Hart, a 3-star 2021 tight end from Colorado, has committed to Ohio State.

The 6-foot-5, 225-pound Hart becomes the seventh commit in the class for the Buckeyes, who are setting up for one of the most impressive classes in program history. It’s early, but Ryan Day and the coaching staff are going to work on building a huge haul next season.

Hart is the first tight end to join the class, and the Buckeyes are expecting to sign another in the 2021 class. They signed tight end Joe Royer in the 2020 class. Lettermen Row recruiting guru Birm has all the details:

With the addition of Hart, Ohio State is up to seven commitments in the Class of 2021. And in a similar way to what happened in the 2020 group, the Buckeyes are off to a great start on the offensive side of the football. Hart joins quarterback Kyle McCord, receivers Jayden Ballard and Marvin Harrison and offensive tackle Ben Christman as the foundation for what could be a special group of offensive talent by the time these young prospects are able to sign with the Buckeyes.

Ohio State beat LSU, Notre Dame, Michigan, Penn State, Oregon and a host of other big-name programs for Hart — and did it with consistency in communication and message. Tony Alf0rd led the way for the Buckeyes and was aided by Kevin Wilson as the commitment came closer to happening.

The addition of Hart pushes Ohio State past Notre Dame as the country’s top-ranked 2021 recruiting class at this time.

The first of many upcoming big decisions has come: J.K. Dobbins is entering the 2020 NFL Draft.

The junior running back became the first in Ohio State history to eclipse the 2,000-yard mark with his brilliant performance on the ground in the Fiesta Bowl loss to Clemson. Dobbins finished his Ohio State career second all-time in program history with 4,459 rushing yards and 38 touchdowns on the ground. He also had 645 yards and five career receiving touchdowns. He certainly had a productive career, averaging 6.2 yards per carry in three seasons.

Need more details on what the loss of Dobbins means for Ohio State? Check it out here.

Who will replace Mike Yurcich?

So Ryan Day and the Buckeyes have a huge spot to fill after Yurcich’s departure, and they might not have to look to far to find their next guy for the quarterbacks room.

Who are they targeting? Which direction will Day turn? Our Austin Ward breaks it down here.

Following its second loss of the season, a tough setback in Cleveland against West Virginia on Sunday, Ohio State dropped to No. 5 in the latest AP Poll, which was released Monday.

The Buckeyes were ranked No. 2 before the upset loss to West Virginia, who moved up to No. 16. Gonzaga remained in the top spot, followed by Duke, Kansas, Oregon and Ohio State. Six Big Ten teams made the poll. Ohio State is the only team from the conference to be in the top 10.