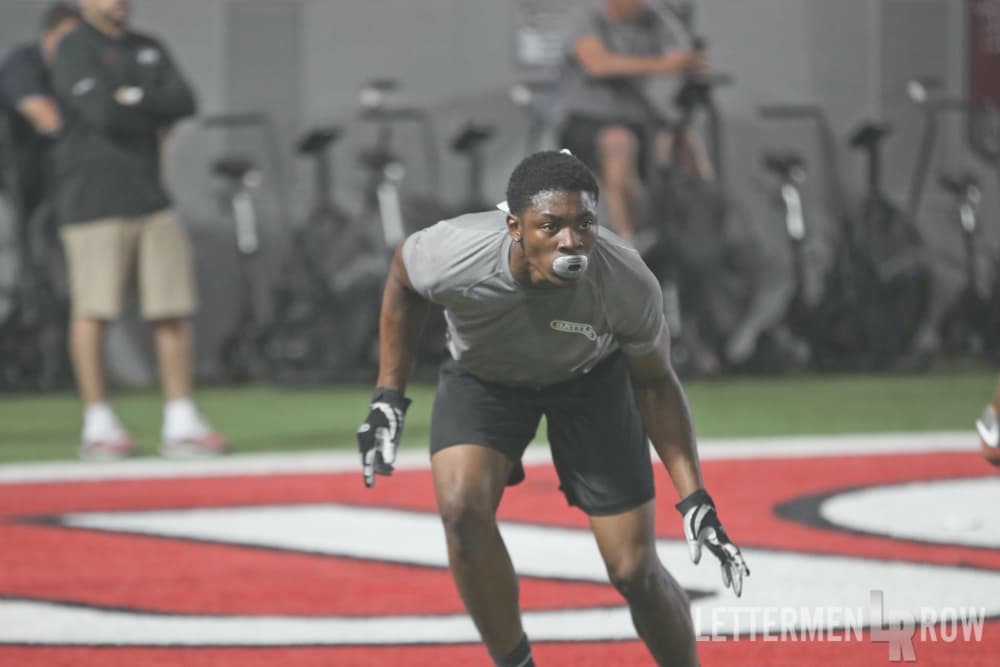 Ohio State is taking a recruiting strategy, and it has been well-documented on Lettermen Row. And it seems to be working. The Buckeyes landed a commitment from in-state lineman Mike Hall over the weekend, and they had a good visit with commit Jack Sawyer and four-star safety prospect Derrick Davis. Davis is from the Pittsburgh area, and he’s one of the top safety prospects in the country.

Lettermen Row ace Birm has the details of the visit:

But the Buckeyes are doing things the way Day wants to, and that means people should expect more of what happened last weekend in Columbus. Rather than hosting dozens of recruits, Ohio State had three select prospects on campus on Saturday: Jack Sawyer, Michael Hall and Derrick Davis. That trio was able to spend hours getting to know Day better than they had before, and the weekend led to a commitment from Hall. It also allowed new defensive coordinator Kerry Coombs to get to know Davis, who has been a primary target for the Buckeyes in the Class of 2021 since the summer of 2017.

We’ve talked about the plans for more intimate, private groups for recruiting weekends. Last weekend at Ohio State was a perfect example of that in action.

If the Buckeyes can land more key visitors like Davis, they’ll be in a good position moving into the summer as the 2021 recruitment heats up.

Mike Hall breaks down decision to commit to Buckeyes

Mike Hall didn’t intend to issue a verbal pledge to Ryan Day and Ohio State as quickly as he did.

But Ohio’s ninth-ranked 2021 prospect’s dreams of visiting other schools and letting his recruiting process play out into his senior season paled in comparison to the dream he had as a kid growing up in Northeast Ohio.

So, when Hall visited Columbus this past Saturday as one of just three recruits who were invited by the Buckeyes, he decided to follow his heart and his instincts. After a sit-down conversation with Ryan Day and Larry Johnson, the 6-foot-3, 290-pound Hall made the choice to commit to the Buckeyes.

Why did he choose the Buckeyes? Will he enroll early? Does he plan on helping Ohio State recruit others? Find out on the latest Birminology.

On this week’s episode of Lettermen Live hosted by Roosters, former Buckeyes Mike Doss, Justin Zwick and Anthony Schlegel joined Austin Ward to discuss everything in the world of Ohio State football and the offseason.

The guys debate which player from last year’s team will be the toughest to replace in 2020. They also cover topics including the XFL and Super Bowl.

Don’t have time to watch? Check it out on all podcasting platforms, too, for on-the-go listening.