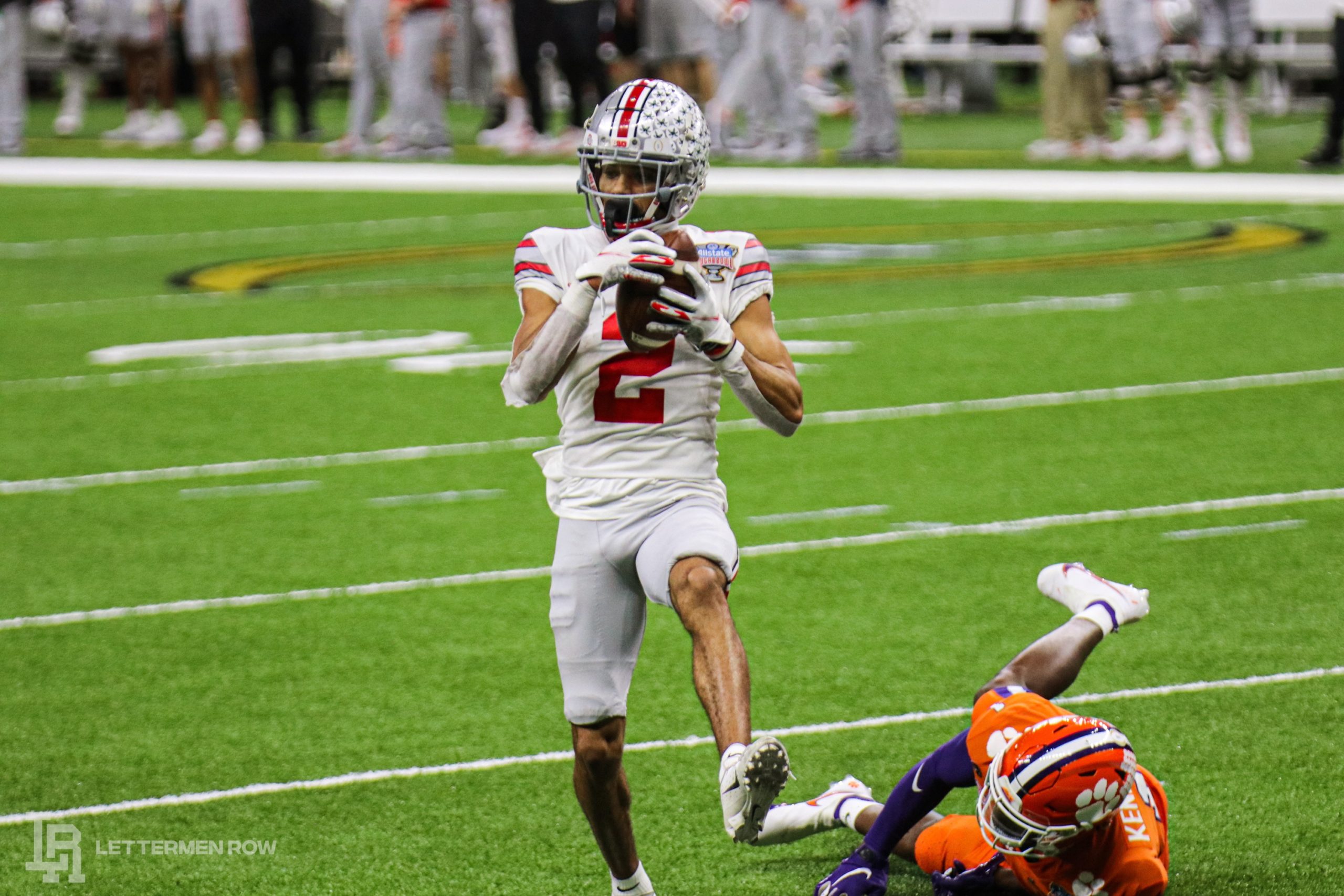 Chris Olave and the Buckeyes will face Alabama for the national title. (Birm/Lettermen Row)

Ohio State already cleared the first hurdle. The Buckeyes dismantled a Clemson program they had previously never beaten in the Sugar Bowl, setting up a national title tilt with Alabama. The Buckeyes emphatic blowout win over Clemson was a huge hurdle finally cleared. But the Buckeyes have one game still left to play.

And if Ohio State can pull off its second-straight upset victory, this time over top-ranked Alabama, it’ll capture its second national title of the College Football Playoff era and make a lot of history.

Alabama leads the all-time series 3-1. The two programs last played in the 2015 Sugar Bowl; the Buckeyes defeated the No. 1 Tide 42-35 en route to their first national since 2002. But this challenge is different for the No. 3 Buckeyes.

Maybe Ohio State hasn’t quite posted the flashiest sack numbers this year after dominating in that department last season. And perhaps they didn’t have a surefire first-round NFL Draft pick to anchor the group, even though they clearly have a leader and a productive veteran in Jonathon Cooper to set the standard. But there’s been no question at all that Ohio State has continued its rich tradition up front by generating relentless pressure, swallowing up opposing rushing attacks and forcing fumbles with a rotation that is again among the nation’s best.

What is fueling the relentless Ohio State pass rush? How successful have the Buckeyes been up front even without racking up a ton of sacks? Who will be key for the Rushmen in the national-title game against Alabama? Former Ohio State captain Zach Boren popped in the film with Lettermen Row and answered those questions in the latest episode of BuckIQ.

Lettermen Row will be on site in South Florida on Monday night for comprehensive coverage of the national title matchup between the Buckeyes and Crimson Tide. Follow along on Twitter, Instagram and YouTube for experienced Ohio State coverage.

Buckeyes not satisfied just to be in title game: ‘This is the final goal’
Five Bold Predictions as Buckeyes battle Alabama for national title
Advertisement