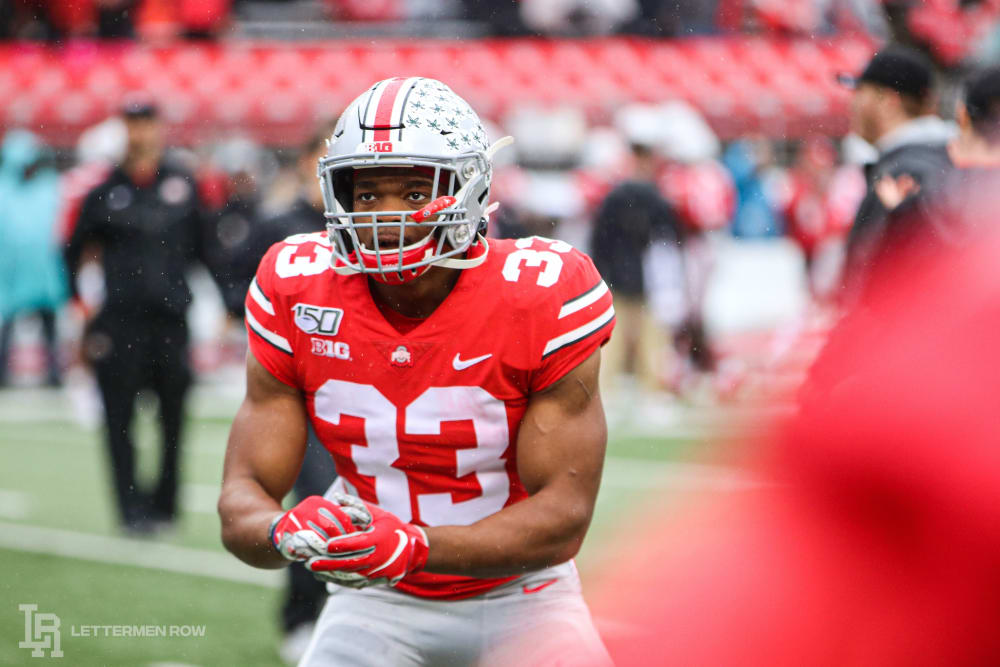 After just one spring practice, the Buckeyes have suffered a major loss and the presumptive starter will be unavailable for at least the rest of camp.

A school spokesman confirmed to Lettermen Row that Master Teague is now listed as unavailable for Ohio State after suffering an undisclosed injury. Multiple sources have indicated Teague suffered a lower-leg injury. And now with just one healthy scholarship tailback on the roster — Steele Chambers — following the departure of superstar J.K. Dobbins to the NFL, the Buckeyes are dangerously thin at a position that was key to last year’s undefeated regular season, Big Ten championship win and College Football Playoff appearance.

Teague rushed for 789 yards and four touchdowns as Dobbins’ backup and leader for this season’s starting spot at running back. Ohio State expected Teague and Marcus Crowley to take over the starting job in the backfield. Both of them are now injured, leaving Chambers to assume the starting role for the remainder of the spring.

What are the Buckeyes to do now that Teague is injured? Our very own Austin Ward broke down what the injury means for Ohio State moving forward. Check it out here.

Ohio State recruits at a clip only a couple programs can match each year. The Buckeyes bring in some of the best prospects in the country year-after-year, and the next recruiting cycle will be more of the same. But Ohio State has jumped out to an incredible start to the 2021 class, and it seems as if Ryan Day’s program has a chance to come away with the best class in the country for the first time ever.

How can the Buckeyes get there? Well, Lettermen Row recruiting expert Birm used some tools on the internet to project how they can reach that recruiting milestone in the latest Recruiting Question of the Day.

Here’s part of that:

Lettermen Row talked about this topic close to a month ago, highlighting a handful of the remaining 5-star targets that Ohio State is recruiting. But today we’re going to take it even a little further, and using the 247Sports.com Class Calculator, determine exactly how a potential Buckeyes 2021 class would finish in the historical rankings.

Now, none of these non-committed selections are sure things. But Lettermen Row feels good enough about each and the current status in their recruitments to suggest that it’s realistic to consider the player eventually picking Ohio State. We are utilizing the industry-composite rankings here in order to level the playing field and give the most accurate composite ranking.

Check out the path Birm laid out for the Buckeyes to make history in the 2021 class here.

The Buckeyes have agreed to a game against UConn in Columbus on Oct. 18, 2025, the same season they will play both Texas and Washington. Now, that 2025 nonconference slate is set with the addition of the Huskies, who recently left the American Athletic Conference.

Ohio State also announced it has scheduled a home game against Ball State in 2026 to add to that nonconference schedule. The Buckeyes will also play Texas during that campaign, but they’ll likely open that season against Ball State.