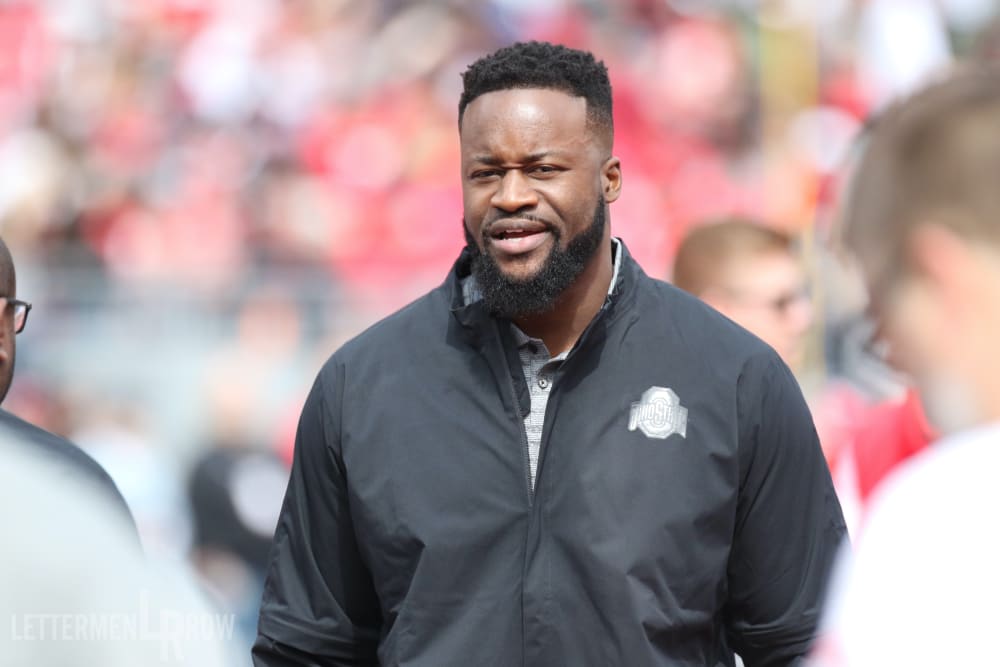 As one of the best programs in the country, Ohio State is no stranger to losing assistant coaches and staffers. The Buckeyes lost another one Friday.

Defensive graduate assistant Kenny Anunike has been hired as the new defensive line coach at Fordham. A Larry Johnson protégé, Anunike has helped mold some of the best defensive ends that have come through the Buckeyes program in the last few years including Chase Young and Nick Bosa.

Our new DL Coach comes to the Bronx after working with the same position at The Ohio State University! He also is the proud owner of a Super Bowl ring from his playing days!

Larry Johnson is one of the best defensive line coaches in all of football, and Anunike has been training under him, learning how to teach the pass-rushers for the Buckeyes.

Now, Anunike will be teaching in New York at Fordham.

Ohio State can’t be in the Woody Hayes Athletic Center. The Buckeyes are stuck at home, impacted by the coronavirus as it rocks the country.

But the Buckeyes aren’t slowing down on the recruiting trail, picking up numerous commitments in the last month despite the make-shift dead period by the NCAA regarding recruiting amid the pandemic. The behind-the-scenes director of all things recruiting for the Buckeyes, Mark Pantoni, spoke to the media Friday about what the Buckeyes are doing with their recruiting during this time.

Lettermen Row senior writer Austin Ward broke down some of what Pantoni said. Part of that is here:

Ohio State wanted to host visitors this spring, make no mistake about that.

But a few of them were essentially just formalities with priority recruits who were already heavily leaning in favor of the Buckeyes — with at least one of them intending to commit while in Columbus. So, when it comes to putting together the star-studded Class of 2021, Pantoni and the coaching staff really weren’t impacted much.

Click over here for everything Lettermen Row learned from the conference call with Mark Pantoni.

Ohio State special teams coordinator and assistant secondary coach Matt Barnes doesn’t get near as much credit as the other recruiters for the Buckeyes, but he is certainly making an impact for the No. 1-ranked recruiting class in the country for the class of 2021.

Barnes helped bridge the departure of Jeff Hafley with the addition of Kerry Coombs, and he was a big part of some of the top commitments the Buckeyes have landed in the last few weeks.

Lettermen Row Director of Recruiting Jeremy Birmingham had an in-depth look at what Barnes does on the recruiting trail for the Buckeyes. Part of that is here:

Matt Barnes isn’t on that list. The special teams coordinator and assistant secondary coach is credited with just commitment in the last two cycles, and that was 2020 kicker Jake Seibert. But it’s likely that Coombs wouldn’t be on the 2021 list yet if Barnes hadn’t kept key relationships alive during an important transitional period from the departure of Jeff Hafley to the return of Coombs.