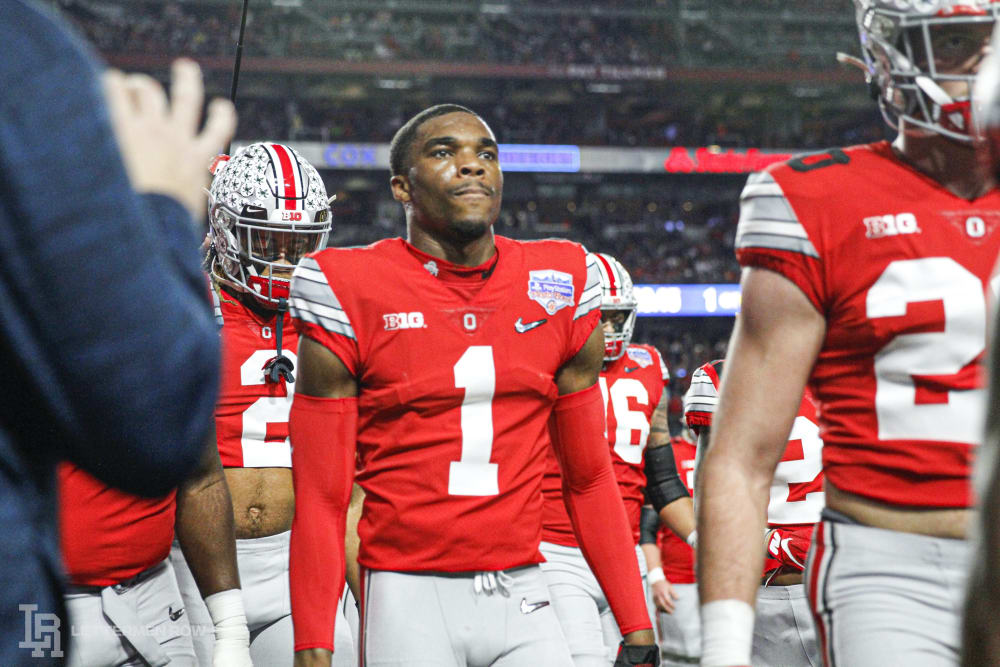 Jeff Okudah will work out at the NFL Combine. (Birm/Lettermen Row)

Jeff Okudah set to work out for teams at Combine

Chase Young’s strategy, doing no drills or workouts at the NFL Combine, won’t make a difference. He’ll be a top-five pick no matter what.

Jeff Okudah will likely be selected in the first five picks as well, whether he worked out or not. But his strategy for the Combine is different: he’ll do every workout.

“Coming to the combine has always been a dream,” Okudah said. “Just being here is a dream come true. You go back and watch some of these combine videos. I watch Jalen Ramsey’s combine video, I watched Patrick Peterson’s combine video. I want somebody down the road to say, ‘Let’s turn on Jeff Okudah’s combine video.'”

That all makes sense. The players he looked up to did it. Why wouldn’t he? It’ll be hard for Okudah’s stock to go down no matter how he does in the various drills and workouts the teams around the league put him through.

He’ll do every workout he can Sunday, and his stock likely won’t change either way because of it. He just wants to do it all while he’s going through this process.

Former Ohio State defensive tackle DaVon Hamilton led all defensive linemen with 33 reps of 225 pounds on the bench press Friday, the first feat of a potentially huge weekend for the five-year Buckeye who finished last season with six sacks.

Hamilton should probably be higher on draft boards, but the defensive tackle is still silently working to climb into team needs across the league.

Lettermen Row was in Indianapolis during Hamilton’s media session and wrote about him. Here’s part of it:

So what’s the goal at this week’s scouting combine? Hamilton has some personal goals in mind, but he might as well keep them to himself and just grind. That’s exactly what the other former Buckeyes have done in the past, and things seemed to work out in their favor. Hamilton can follow their lead, and future Buckeyes can do the same when their time comes.

Larry Johnson has developed a machine the churns out polished defensive linemen. Hamilton knows that Johnson has made the difference. The two talk frequently about what Hamilton needs to do in the next few days to be in a good spot for April’s draft.

“He checks in on me every once in a while and makes sure everything is OK, makes sure I’m doing well on the board work and what-not,” Hamilton said. “He’s going to be here on Saturday, so I’m excited about that. It’s the same conversation [as when Hamilton played]. He’s the same guy.”

Now riding a two-game winning streak — which includes a win over a top-10 Maryland team — the Buckeyes will hope to carry that momentum into the final three regular season games of the year.

That starts Sunday afternoon, when Chris Holtmann and No. 23 Ohio State host No. 19 Michigan inside the Schottenstein Center.

The Buckeyes beat the Wolverines by only three points on Feb. 4, the first meeting between the bitter rivals this season. Duane Washington had 17 points off the bench, and Kaleb Wesson had 23 points and 12 rebounds in the first meeting. Wesson will need to play well inside again Sunday for the Buckeyes to get a huge win and stay above .500 in the Big Ten. And the 3-point shooting of Ohio State won’t hurt its chances, either.

As both teams jockey for positioning in the race for a good seed in the Big Ten tournament, this game late in the season could prove to be huge for both sides.

Tip off between Ohio State and Michigan is scheduled for 4 p.m. and can be watched on CBS.