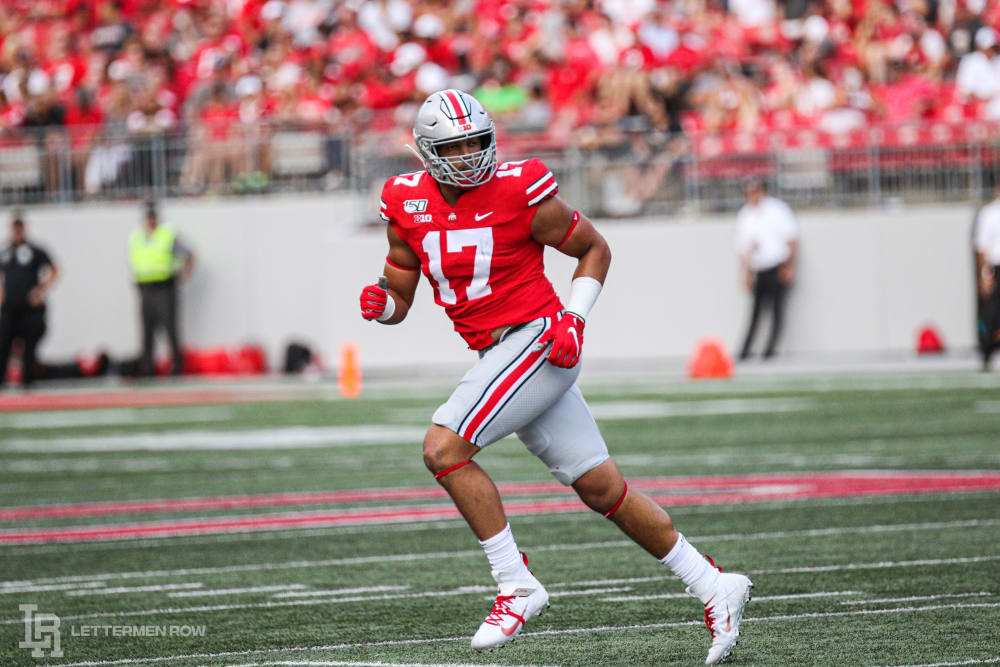 Ohio State is losing one of its reserve defensive linemen.

Redshirt freshman defensive end Alex Williams entered the transfer portal, Lettermen Row learned Wednesday. Williams, a Pickerington native who flipped to the Buckeyes from West Virginia near the end of the 2018 recruiting cycle, will likely find a new home, although he is eligible to return to Ohio State.

A former three-star recruit, Williams never had an opportunity to contribute for the Buckeyes, and now, his Ohio State career likely ends that way. Ohio State coach Ryan Day knows the impact the transfer portal is having on college athletics, and he is confident the Buckeyes will be able to adjust and make changes based on the new nature of the sport, especially with the transfer portal.

“I think it’s changed just with the different transfer situations and portal situations that are out there nowadays,” Day said. So you have to be able to adjust and move. But it’s tight. We’ll do the best we can, try to project.”

For the first time since the heartbreaking Fiesta Bowl loss in the College Football Playoff, Ryan Day met with the media inside the Woody Hayes Athletic Center.

Day broke down the latest happenings within the football program, potential rule changes after the questionable calls in the Fiesta Bowl, Justin Fields’ health and much more. He also talked about the promotion and hiring of new quarterbacks coach Corey Dennis, who has been with Day all three seasons he’s been in Columbus with the Buckeyes.

The issues from the past seemed to be behind Ohio State.

For the entire regular season and Big Ten title game, the Buckeyes were able to limit big plays and force offenses to drive the ball down the field without hitting home-run plays from distance.

Those exact issues came back to haunt the Buckeyes in the Fiesta Bowl loss to Clemson. Tigers running back Travis Etienne made huge plays for touchdown. Quarterback Trevor Lawrence torched the Buckeyes for a long touchdown run. Ohio State gave up two drives of more than 90 yards for scores. The defense seemed to break down at the worst possible time for the Buckeyes.

What happened on those key defensive breakdowns in the Fiesta Bowl for Ohio State? Were there signs that the Buckeyes were susceptible to the explosive plays? How will those couple missed assignments linger and motivate the Silver Bullets heading into the offseason program? Former Ohio State captain Zach Boren was back in the Lettermen Row film lab with senior writer Austin Ward looking at the turning points against Clemson and answering those questions in the latest episode of BuckIQ.

What We Learned as Ryan Day, Buckeyes try to move past Fiesta Bowl
Challenge to take ‘next step’ starts now for Master Teague
Advertisement