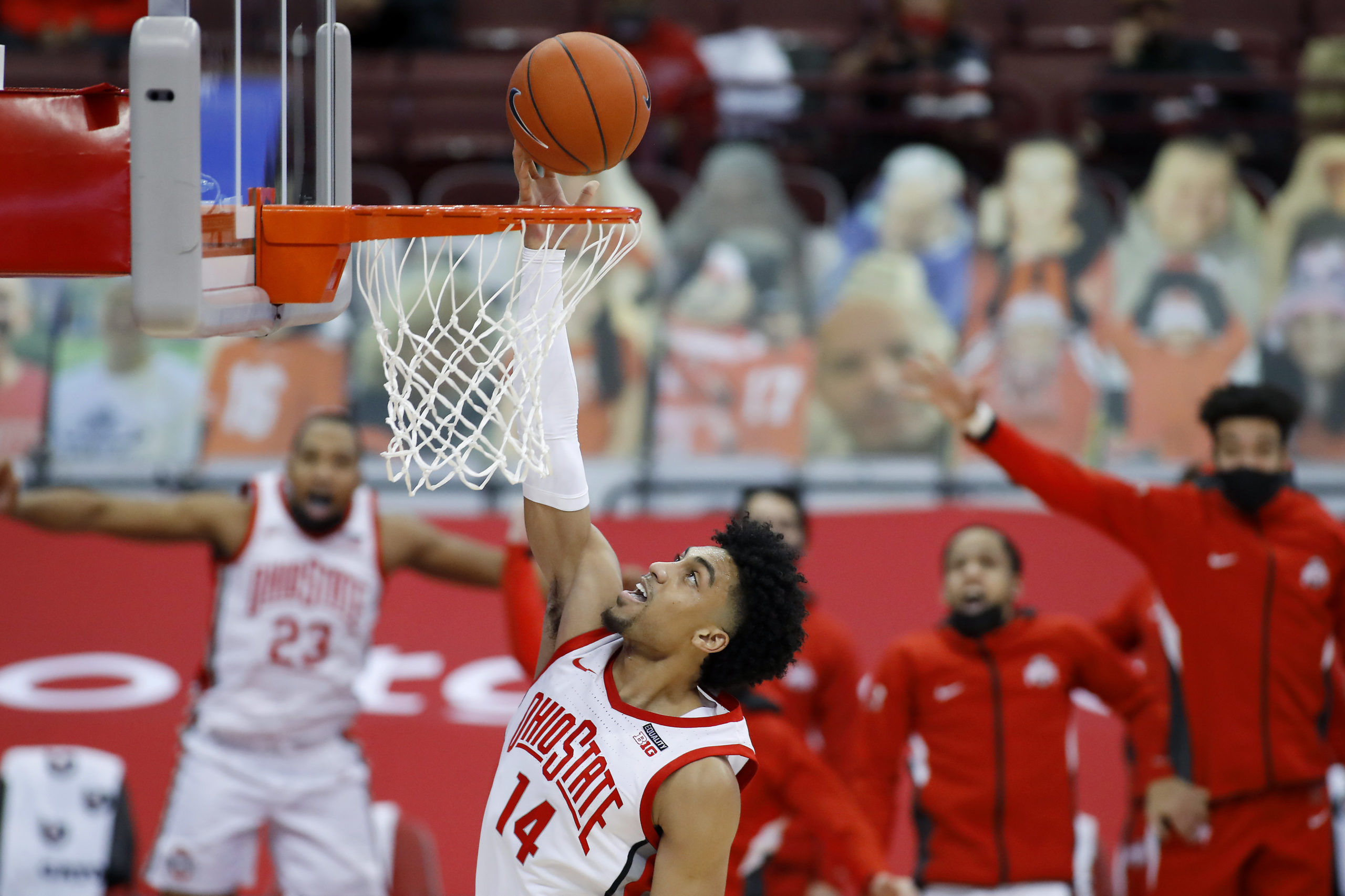 Justice Sueing and the Buckeyes are a slight favorite over Michigan State. (Joseph Maiorana/USA TODAY Sports)

Ohio State already has a win over Michigan State this season. But the return trip to East Lansing might be a bit more challenging for Chris Holtmann and the Buckeyes than the first matchup was.

Michigan State is playing its best basketball of the season and is coming off an upset of No. 5 Illinois on Tuesday night. Still, the No. 4 Buckeyes will enter the Breslin Center on Thursday night as 4-point favorites over the Spartans, according to VegasInsider.com.

Ohio State dominated Michigan State in the first meeting this season. Repeating that effort is going to be much tougher on the road, especially with the Buckeyes down one of their senior leaders.

Young was a major factor in the Buckeyes recent seven-game winning streak — and six straight wins on the road in conference play — and helped them nearly beat No. 3 Michigan on Sunday afternoon. Now, the Buckeyes will be forced to overcome the absence of Young, a tall task for the country’s No. 4 team.

He’ll miss the rematch at Michigan State, a team the Buckeyes easily handled by 17 at home. The Spartans struggled in league play but have recently strung together two straight impressive wins and are playing their best basketball of the season.

Without Kyle Young, duplicating that dominant performance from the last meeting with the Spartans will be much tougher.

C.J. Saunders never got the ending he wanted at Ohio State. But now he is turning the page, training to take part in Pro Day with the Buckeyes next month after two full years out of competition, one spent recovering from a leg injury and another serving as a player coach after his appeal for an extra season of eligibility was inexplicably denied during a season that didn’t count for anybody.

And while making that jump after an extended layoff and with limited film for NFL teams to evaluate is a tall order, that’s nothing new for Saunders.

What can C.J. Saunders provide to an NFL team willing to take a shot on the Ohio State wide receiver? After two years on the sidelines, how is the transition back to action going for the Buckeyes captain? How can the NCAA ever justify the decision not to let him play last year? As he prepares for Pro Day, C.J. Saunders popped in some highlights and answered those questions with Lettermen Row senior writer Austin Ward in the latest episode of BuckIQ.

Kyle Young out for Buckeyes road test at Michigan State
How, why Ohio State is changing ticketing model at Horseshoe
Advertisement
Advertisement