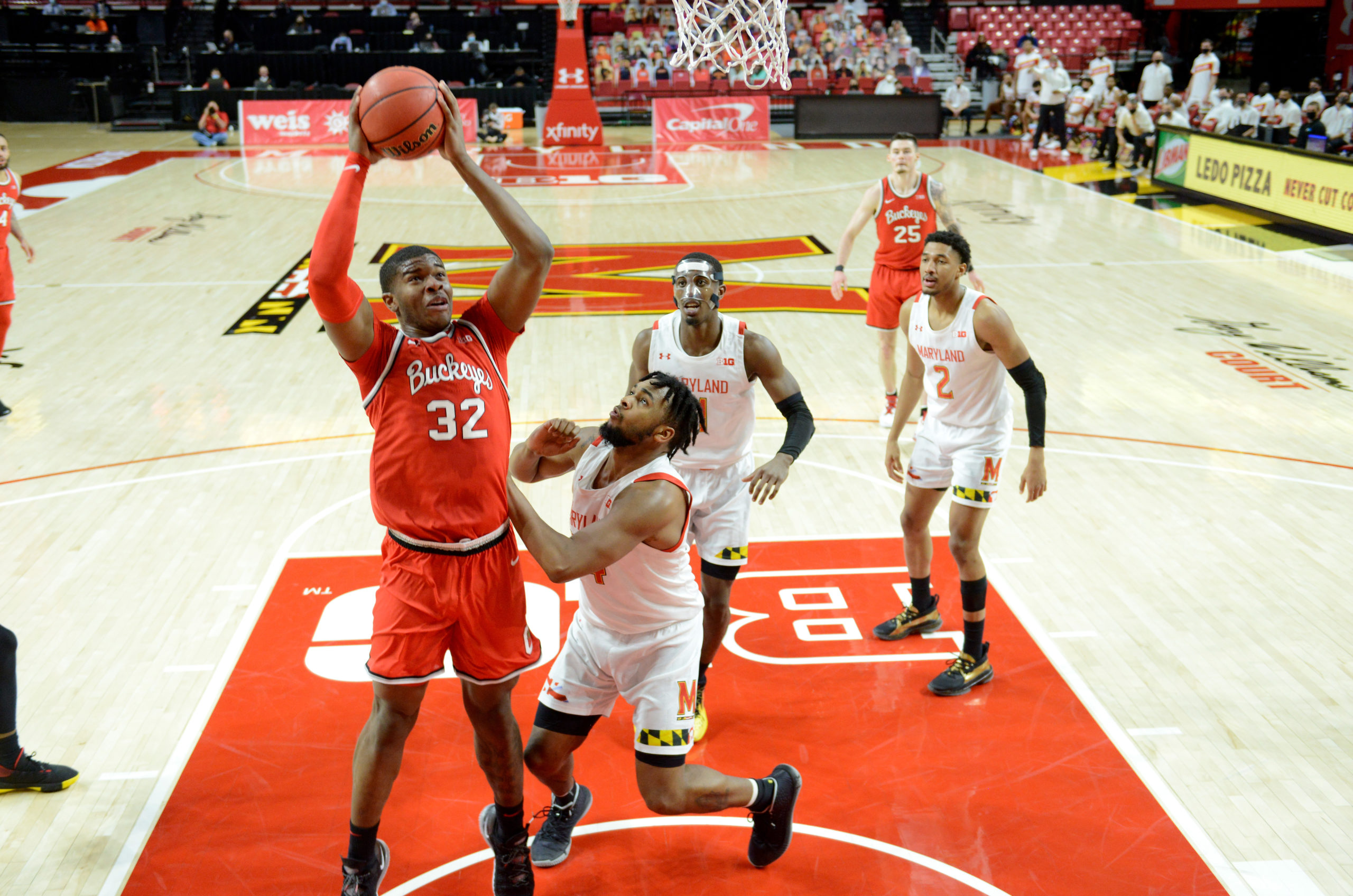 The Big Ten is opening its conference tournament to fans — in a limited capacity.

Last season, the conference canceled the tournament due to the COVID-19 pandemic. Now with a full conference tournament slated to be played next week, the powers of the conference have decided fans can come watch. Lucas Oil Stadium, the site of the Big Ten Tournament next week, will be allowed 8,000 fans to attend, according to the guidelines set by the Big Ten athletic directors and the Council of President and Chancellors in accordance with the Big Ten.

The Buckeyes are slotted in the No. 5 seed as of Friday morning, but they could still play their way into a better seeding heading into the conference tournament play. They’ll have to do so against a good Illinois team on Saturday inside the Schottenstein Center.

After that game, the Buckeyes will turn their attention to the Big Ten Tournament. And they’ll get to play in the conference tournament in front of fans for the first time this season.

Which freshmen could emerge this spring?

Ohio State is finally going to have a full spring practice session. After squeezing in just three practices last spring before the COVID-19 shutdown, the Buckeyes will begin spring practice March 19 with nearly a full roster. Winter workouts are completed and mat drills are nearing their finish. It’s almost time for spring practice, and for the newest members of the program, a good first impression could go a long way.

Of the 21 signees in the 2021 recruiting class, the Buckeyes already have 15 of them on campus as early-enrollees, a much higher number than they typically welcome mid-year. With the new faces, Ohio State will have nearly everyone in the spring that they will in the fall. It’ll create a better sense of where the roster is heading into summer.

Which early-enrollee freshman will make the biggest splash in spring practice? How can each of them fight for playing time early in their Ohio State career? Who has the best chance of getting on the field in September for Ohio State? Lettermen Row’s Austin Ward, Jeremy Birmingham and Spencer Holbrook broke it down in the first Practice Report presented by Byers Auto of the spring.

Buckeyes dipping back into Texas on recruiting trail

Ohio State has had plenty of success in the state of Texas, and that continues to extend to the class of 2022. The Buckeyes already have commitments from quarterback Quinn Ewers and wide receiver Caleb Burton, both five-star prospects.

But could the Buckeyes dip into the Lone Star State for an underrated prospect? Lettermen Row’s recruiting ace Jeremy Birmingham has more:

Another 2022 prospect who is continuing to look at his options is Rockwall (Texas) Heath 4-star wide receiver Jay Fair. The country’s No. 74-ranked receiver hasn’t yet turned into a national recruiting name, but he’s been in steady contact with both receivers coach Brian Hartline and Ryan Day at Ohio State.

Outside of the Ohio State coaches, the 5-foot-10, 175-pound Fair is also getting valuable insight into the Buckeyes program from sophomore receiver Jaxon Smith-Njigba, who played against Heath at crosstown rival Rockwall in high school and works out with Fair when he’s back home in Texas.