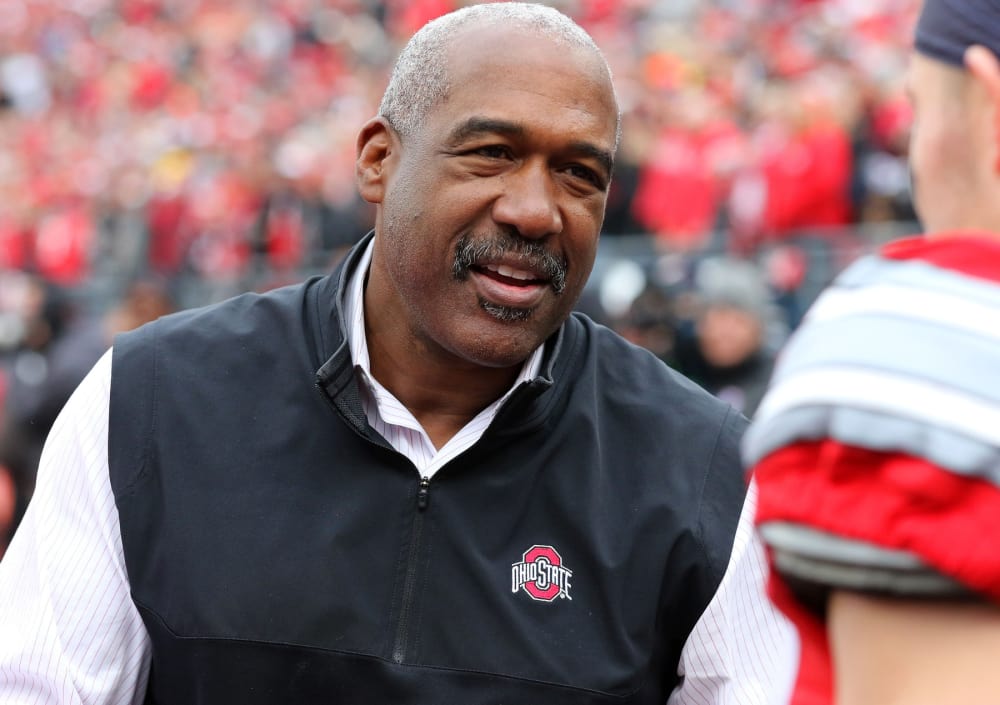 Gene Smith and the Buckeyes don't have many answers yet. (Joseph Maiorana/USA TODAY)

Ohio State has no idea when it can resume football activity inside the Woody Hayes Athletic Center. The Buckeyes don’t know when they can get back to the weight room, practice facility or Ohio Stadium.

Athletic Director Gene Smith hasn’t started working on scheduling models, and he’s not even sure when it will be possible to bring the football team back together to resume preparing for a national title run.

“What we have to figure out is: what is that return to play window?” Smith said. “For example, at Ohio State, our summer session is virtual. Many of our student athletes in football are not here. Some are. Some are not. Normally, we could start practice in the first week of August or the last week of July. Get ready for Sept. 5. Do we feel we need longer now? I don’t know that.”

There’s plenty to speculate on, but until Smith and the Buckeyes get word that it’s safe to return to football activity without putting college athletes health at risk, the football facility will remain closed and the Buckeyes won’t be able to prepare.

Chris Olave has proven himself to be a go-to weapon for the Buckeyes at wide receiver, and the mistake at the end of the Fiesta Bowl loss to Clemson isn’t going to change that.

Olave is going through the offseason with even more motivation after his last-minute miscommunication with Justin Fields that ended the Buckeyes national title hopes. The wide receiver didn’t need more motivation. He already works as hard as anyone on the roster.

Entering his third Ohio State season, Olave is going to be a key for the Buckeyes offense.

What makes Chris Olave such a handful for opposing defenses? How much better can the junior receiver get for the Buckeyes? How significant will that Fiesta Bowl memory be in fueling his offseason workouts? Former Ohio State wideout Evan Spencer put on the tape to break down Olave’s game and answers those questions in the latest episode of BuckIQ.

As the college football world sits and waits for the green light to get back to work during this current pandemic, Ohio State and other universities aren’t sure what the college football schedule could look like if tweaks had to be made. What if they can’t get back on the field for practice until after the first of August? Athletic directors and coaches have to have plans in place and scheduling alterations to make.

What could those look like? Emeritus Tim May has an idea for the season if it comes down to schedule changes.

Scratch the non-league games and have each major conference come up with a computer-generated 10-game, all-league schedule, divisions be damned. The 10-team Big 12 could adopt Notre Dame and Brigham Young for one year for the good of the whole.

At season’s end, there would be an eight-team playoff for the national championship (sometimes a cataclysm hastens a desired result). The College Football Playoff committee really could earn its lavish accommodations and meals by seeding the five designated Power 5 champions then picking three deserving at-large entries.

How schedule tweaks could save football season, make it memorable
Next Man Up: How Buckeyes can replace J.K. Dobbins in backfield
Advertisement
Advertisement