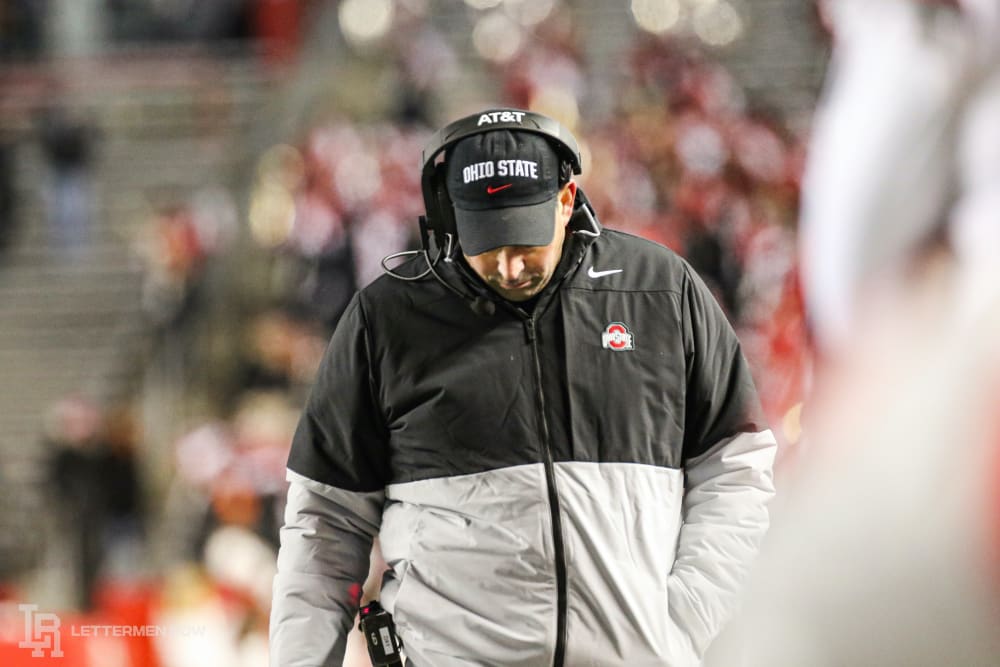 Ohio State had a few days to relax and breathe before it made the trip to Arizona for the Fiesta Bowl. The Buckeyes got to go home to family and spend a couple days away. That’s over. The time off is done, and they arrived at Phoenix Sky Harbor International Airport on Sunday afternoon to begin their week in the desert.

The Buckeyes arrived before Clemson, but both teams are now on the road preparing for the Fiesta Bowl rather than at home. The rest of the week will consist of practices, press conferences and media appearances, and other College Football Playoff activity. Lettermen Row is also on the ground in the desert for the week, and our crew will have wall-to-wall coverage of Ohio State as it continues its pursuit of a national title.

He has found time on the field, but dropped interceptions and a couple small injuries have held him back from becoming a star for the Buckeyes as they prepare for Clemson’s passing attack in the Fiesta Bowl.

When the secondary turnover happens after this season, Proctor might become a star. In the meantime, he’s trying to make plays when he can.

What makes Josh Proctor such a tantalizing young defender for Ohio State? How difficult is the transition from touted prospect into the starting lineup at safety? Where is the biggest room to grow for the sophomore defensive back? Former Ohio State star safety Mike Doss returned to the Lettermen Row film lab to check the film and answer those questions in the latest episode of BuckIQ.

Ohio State has dominated the Big Ten for a long time now, and the Buckeyes have played in some huge bowl games since the turn of the century. Two national titles, plenty of BCS and New Year’s Six bowl games and other huge bowl games have been normal for Ohio State.

With a huge 71-65 win over No. 6 Kentucky on Saturday night in Las Vegas, Ohio State’s resume for the NCAA Tournament just keeps getting stronger. The Buckeyes currently only have one loss, a road defeat to Minnesota, and they have three wins over top-10 teams — one at home against Villanova, one at North Carolina and the neutral-site win over the Wildcats.

Not only did Ohio State win, but Villanova also beat No. 1 Kansas on Saturday afternoon, further helping Ohio State. As the Buckeyes continue to beat quality opponents, their NET rating will stay high, giving them a chance for possibly grabbing a No. 1 seed in the NCAA Tournament. If the teams they beat do well, too, it just makes their case stronger.