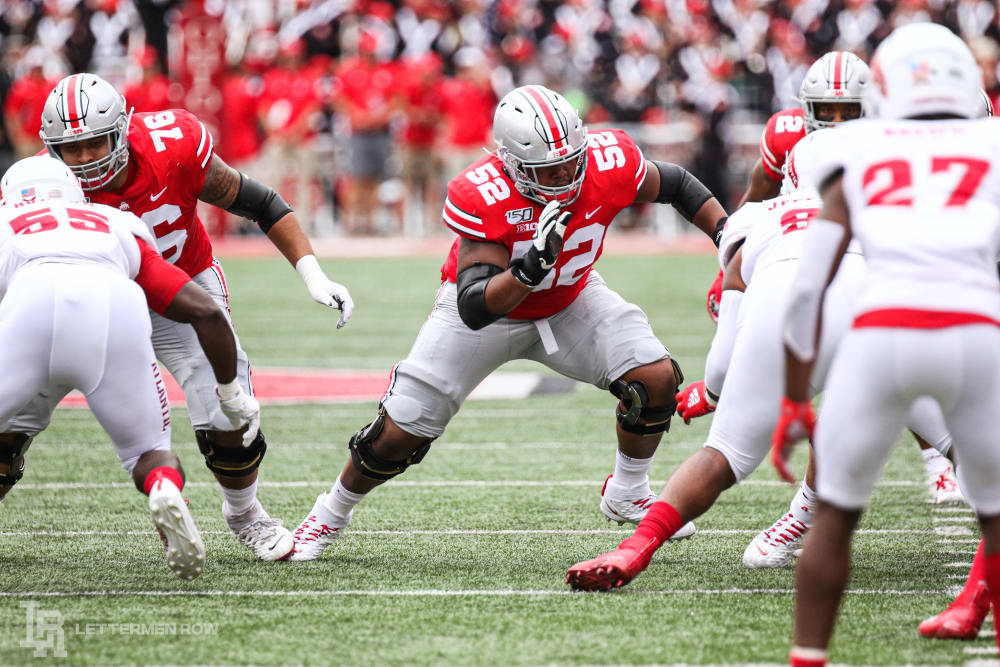 When Ryan Day first reviewed film regarding his offensive line play against Florida Atlantic, he didn’t expect to be impressed. But after looking at the grades, he had to re-evaluate his thoughts.

Each offensive lineman that started for the Buckeyes on Saturday against Florida Atlantic — Thayer Munford, Jonah Jackson, Wyatt Davis, Josh Myers and Branden Bowen — received a champion grade for their performance.

Not bad for a group that didn’t seem to play well for a stretch in the second and third quarter.

Folks, Ezekiel Elliott is a much richer man than he was when he woke up this morning. The Dallas Cowboys signed Elliott to a six-year, $90 million extension, including $50 million in guaranteed money. Elliott is now the league’s highest paid running back.

With his contract extension and the extension of Michael Thomas in New Orleans, former Buckeyes are now the highest-paid running back and wide receiver in NFL history. If you think the Buckeyes are going to use that in recruiting, well, they already are.

Former Ohio State center Terence Dials, who won Big Ten Player of the Year in 2006 before being inducted into the Ohio State Hall of Fame and appearing on Lettermen Row, was hired by Chris Holtmann on Wednesday to serve as the Buckeyes new Director of Professional Development, a role that was previously held by Scoonie Penn.

“Terence is obviously a name many Buckeye fans know well,” Holtmann said in a release. “We are excited to add him to our staff in our director of professional development position. His outstanding work as a student-athlete here, as well as his experience in sales and business after his professional playing career ended, will be beneficial in his role with our players.”

The Ohio State Practice Report driven by Byers Auto was back Wednesday night at the Woody Hayes Athletic Center. Austin and Birm broke down what they heard from various Ohio State players during interview sessions and broke down the upcoming game against Cincinnati. It can be found here.