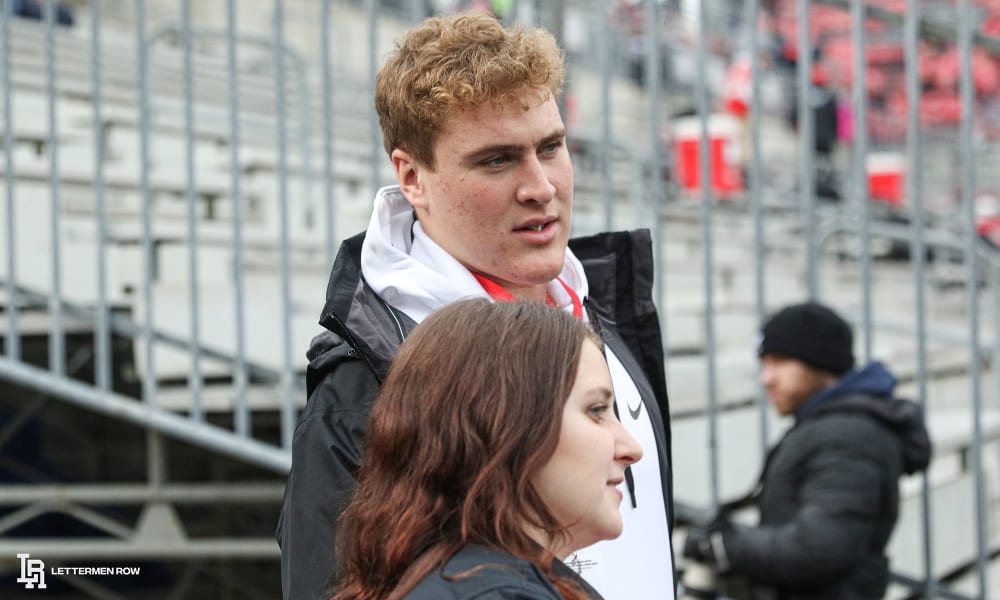 Jager Burton will no longer make a decision in August. (Birm/Lettermen Row)

There’s no doubt that the Buckeyes have prioritized Kentucky offensive guard recruit Jager Burton throughout the recruiting process, and that is continuing despite the belief among many that he’s now favoring the chance to stay home and play at Kentucky. Alabama, Clemson, Oregon, Penn State and Ohio State are going to be the schools that continue pushing for his eventual commitment, a decision that will no longer happen in August as he’d been been planning for months.

Burton has decided to scrap that timeline, and he’d rather take his time making a decision than rushing to one he isn’t quite ready for. That’s likely good news, if any news, for the Buckeyes, as Kentucky seems to be the team to beat as of mid-June.

Burton isn’t the only top guard prospect Greg Studrawa and Ohio State are recruiting, but he is one of the few offensive linemen at the top of the board for the Buckeyes. They seemed to have momentum with him in the winter and spring, but that has since died down. Now with more time to make a pitch, the Buckeyes will have to play catch-up to earn his commitment.

His choice to delay his decision may work in Ohio State’s favor.

Lettermen Live is back for another episode filled with intrigue.

As part of Offensive Line Week at Lettermen Row, the guys talk about the state of the offensive line and how the unit can be better this year than it was last season.

Blake Miller, a Strongsville native, is like all Ohio-born players. When an offer from the Buckeyes came his way, it was a huge step in his recruitment. The 6-foot-6, 300-pound lineman was noticed by the Buckeyes early in the process, and now, the rest of the country is starting to realize what Ohio State saw more than a year ago. Miller has offers from Michigan and Clemson, among others, and he’s in no hurry to make a college choice. He still has two years to make that choice.

What are the key components of his recruitment from here? Which former Ohio State target is helping him on the field and in breaking down his options? How important are the bonds being formed with Ohio State commitments to Blake Miller?

The Northeast Ohio prospect talks about those things and more on the latest edition of Lettermen Row’s Birminology with Birm: