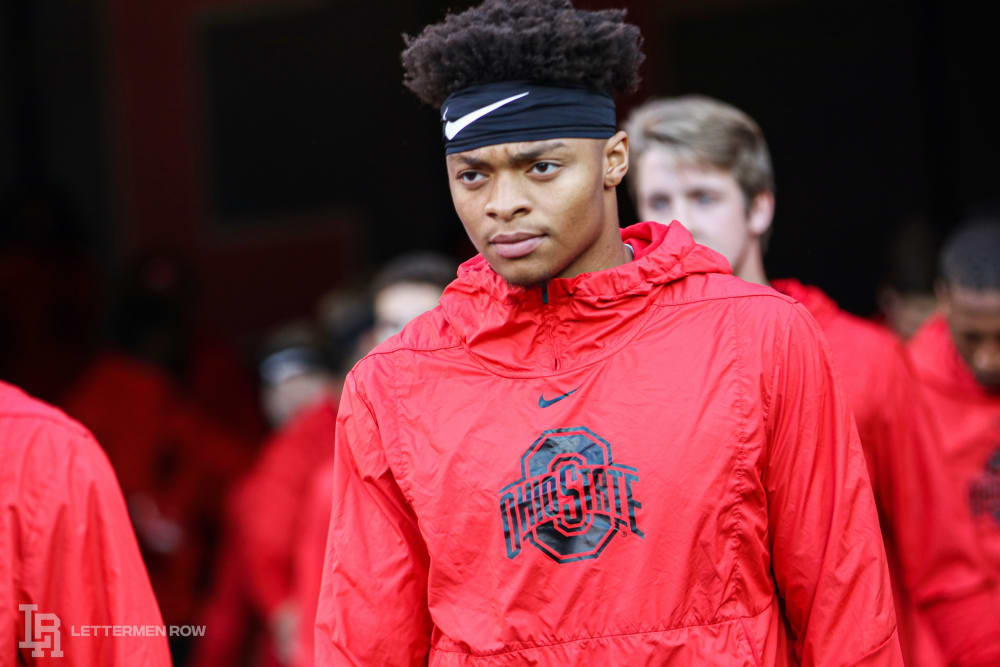 Ohio State quarterback Justin Fields is on the watch list for the Maxwell Award. (Birm/Lettermen Row)

Justin Fields is the favorite to win the Heisman Trophy, and he’s expected to battle Trevor Lawrence in prep for next year’s NFL Draft.

Fields was a Heisman finalist last season after an impressive first year as a starter. He led the Buckeyes to a 13-1 record and an appearance in the College Football Playoff at the Fiesta Bowl. He only threw three interceptions all year, showing how accurate and good he can be with the ball. And he’s expected to only get better this season as he enters Year Two as a starter for Ohio State.

If he can follow his impressive season from last year up with another great showing, he’ll certainly be a favorite for the Maxwell Award as the year carries on.

The Buckeyes lost two first-round draft picks at cornerback and a captain who was a multiyear starter at safety. The position coach who guided that productive group a year ago also left; he took a head coaching job at Boston College.

But the Buckeyes have recruited better than any program in the country in the secondary, especially recently. A future star was finally healthy and ready for his turn on the backline of the defense. And that new hire to coordinate the defense just so happened to be a familiar face who was responsible for building the Best in America unit in the first place.

So, Kerry Coombs certainly understood why there were questions about how he was going to reload the secondary. But he also had plenty of reasons to shoot those concerns down. He believes the Buckeyes, while young, will be talented and deep at every spot in the secondary.

As Defensive Backs Week comes to a close at Lettermen Row, the staff is ready to make Five Bold Predictions about what’s going to happen in the secondary for the Buckeyes.

But there are five players Ohio State needs to reel in order for the Buckeyes to haul in their first recruiting crown in more than a decade. There’s no doubt that the Buckeyes pitch is simple: Come be part of the best class in history and get developed for the NFL better than anywhere else. There are five prospects, consisting of two offensive players and three defensive stars, who could thrive in Columbus for years to come and give the Buckeyes a recruiting title.

Who is included in this final, fantastic five? Who are the biggest threats to Ohio State in the race to land them? Lettermen Row is taking a closer look right here.