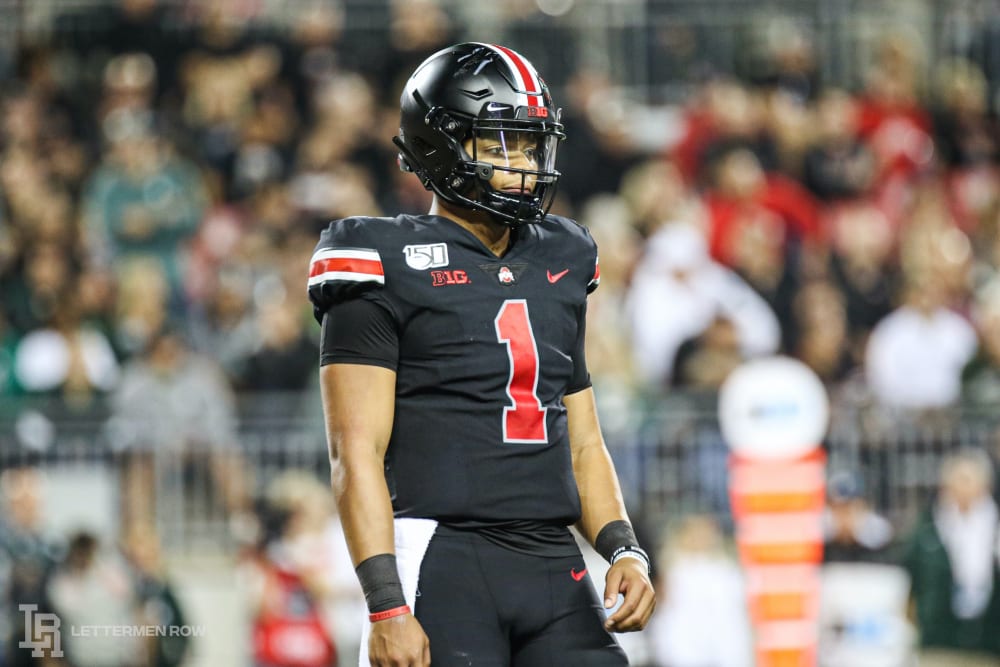 Justin Fields will likely be playing his final season for Ohio State this year.

Despite only starting 14 games in his college football career, the generational talent at quarterback can’t possibly have a higher draft stock than he has right now, and that’s before he has even played a game as a junior. The proof of that came out Tuesday, when BetOnline.ag listed odds to be taken No. 1 overall in the NFL draft next year. Fields was given the third-best odds.

Shaun Wade was also listed as having odds to be the No. 1 pick, but there were plenty of players with better odds. Clemson quarterback Trevor Lawrence is currently the favorite to be taken first. Oregon offensive lineman Penei Sewell has the second-best odds.

Columbus attorney Larry James has dealt with a lot situations – race relations, police actions, Ohio State football off-field challenges – during his career. On the latest Tim May Podcast, he offered informed perspectives, as Tim and Larry recount growing up as little boys in Demopolis, Ala., in the early ’60s.

Plus, Austin Ward joins Tim as usual, and this time, they talked about the Buckeyes getting back to work formally at the Woody Hayes Athletic Center for the first time since early March. Maybe, just maybe, football season is right around the corner after all.

Don’t miss the latest Tim May Podcast. It can be found on any podcast-listening platforms and Youtube.

What does Trey Sermon give Buckeyes?

Trey Sermon and Ohio State seemed like the perfect match this offseason, once Sermon went into the transfer portal from Oklahoma. It was a similar situation to Justin Fields’ decision to join the Buckeyes last season. Ohio State had a need. Fields fit that need, and he joined the program.

Sermon is similar to that. Fields changed the Ohio State offense and program. Can Sermon do the same? Lettermen Row’s Austin Ward has more:

Just like Fields, Ohio State didn’t have to think twice about bringing in a player with Sermon’s experience and production. And just like Fields, Sermon looks to be just about the ideal fit as a player who could leap into stardom in just a single season with the Buckeyes.

There will still be a competition for the top job when training camp starts. But Sermon is already turning heads after just a couple days on campus with the Buckeyes thanks to his physical presence, mature approach and a clean bill of health over the last couple months that has allowed him to knock off rust from last year’s knee injury. It also doesn’t hurt that Ohio State has seen him inflict a little damage in the Horseshoe back when he was a freshman with the Sooners.