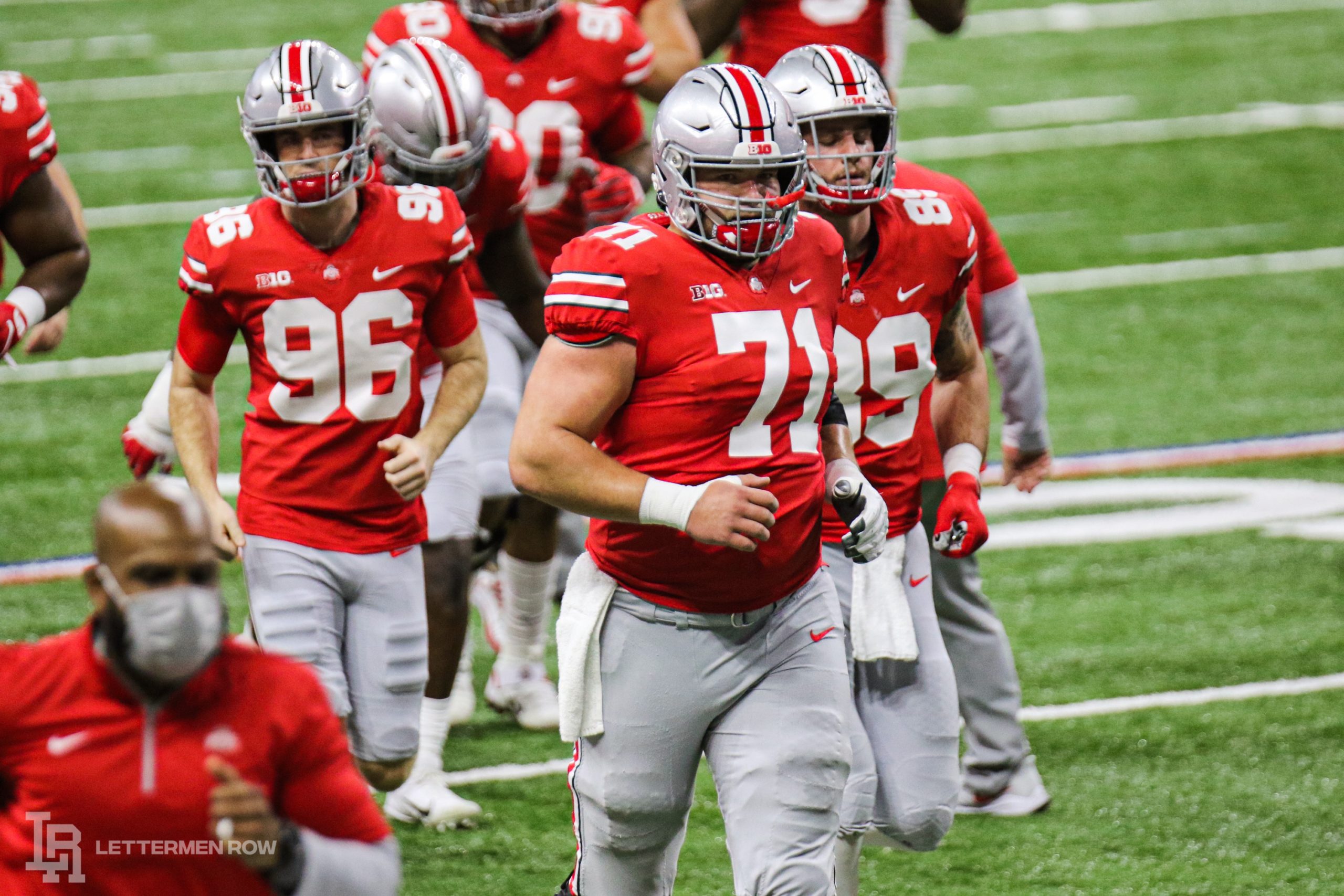 Josh Myers is a finalist for the Rimington Trophy. (Birm/Lettermen Row)

Josh Myers has been the leader of the Ohio State offensive line for two seasons now. And in both of those seasons, the Buckeyes offensive line has kept Justin Fields upright and allowed running backs to break records on the ground. So it’s no surprise to see Myers treated as one of the best centers in the country, because that’s what he is.

If he wins, Myers would be the fourth Buckeyes center to win the award. LeCharles Bentley won it in 2001, Pat Elflein won it in 2016 and Billy Price won it in 2017. The Buckeyes have a strong tradition at center, and Myers has lived up to that standard set by many centers before him.

Now, he might just join them with a Rimington Trophy. He’s one of three centers in America that have a chance to win it.

Justin Hilliard didn’t expect to spend six seasons at Ohio State. The former five-star prospect has dealt with bad injury luck and a loaded depth chart of talent around him.

But Hilliard never stopped working, and the hard work he has put in during his half-decade with the Buckeyes has paid off in a big way. Hilliard is the perfect example of the culture inside the Woody Hayes Athletic Center. And the Buckeyes may not have a Big Ten title win this year if not for the brilliance of Hilliard on Saturday night against Northwestern. He seemed to be in on every tackle, and he helped the Buckeyes with a fumble recovery and an interception in the end zone.

What has allowed Justin Hilliard to battle back through so much adversity for Ohio State? How did the sixth-year senior get himself ready to deliver on a big stage in the Big Ten title game? Where will Hilliard be most important heading into the College Football Playoff? Former Ohio State linebacker Zach Boren popped in the highlights from that impressive outing in Indianapolis and answered those questions with Lettermen Row senior writer Austin Ward in the latest episode of BuckIQ.

Ohio State is in the College Football Playoff after a Big Ten title win over Northwestern, and the Tim May Podcast is here to break it all down with a show chock-full of big-time guests.

Tim welcomes Lettermen Row senior writer Austin Ward on the show to talk about the Buckeyes as they begin preparations for the Sugar Bowl in the College Football Playoff.

Tim also welcomes on three-time national championship-winning coach Urban Meyer to break down the College Football Playoff teams and if the right teams got in. Tim also is joined by former Buckeyes running back and 1995 Heisman Trophy winner Eddie George to talk about the record-setting performance by Trey Sermon and more.