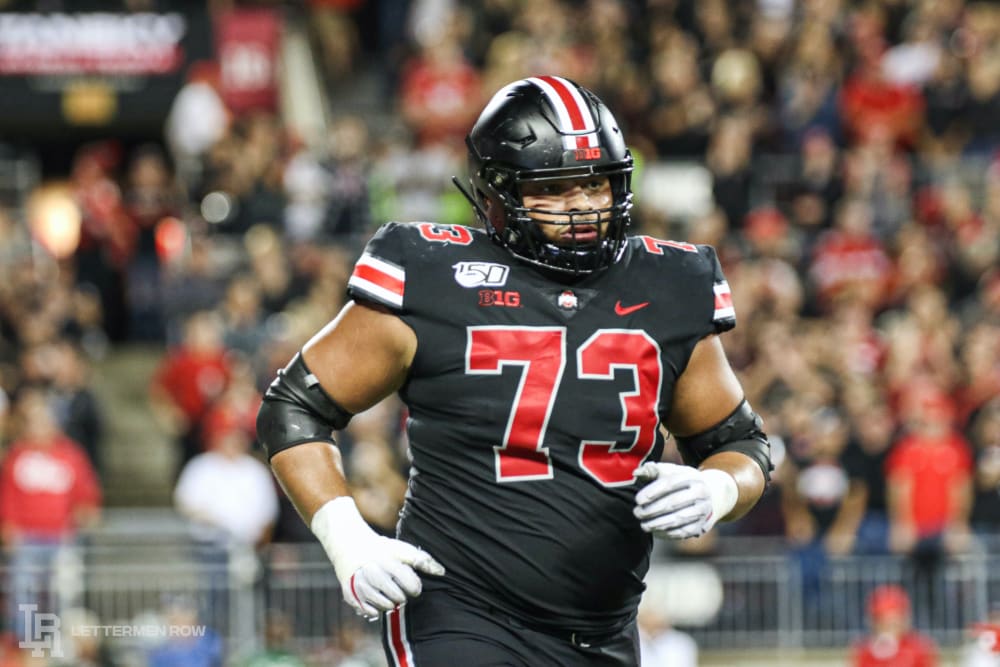 Ahead of homecoming, Jonah Jackson having impact for Buckeyes

Jonah Jackson is preparing for a homecoming of sorts.

After playing three seasons at Rutgers and earning All-Big Ten honors, Jackson entered the transfer portal. Ohio State was a fit. Ohio State coach Ryan Day and offensive line coach Greg Studrawa were able to bring Jackson to Ohio State, where he is thriving along an offensive line that is opening holes for the running backs and protecting Heisman hopeful Justin Fields.

“I think Ohio State was great for Jonah at the right time,” Day said. “Sometimes in those situations they don’t work out great. It’s a round peg in a square hole. This wasn’t. This was a great fit. Personality-wise, the whole thing. I think he’s had a lot to do with the success of the O-line this year.”

Jackson won’t be a stranger when he plays at SHI Stadium on Saturday, but for the first time, he will be on the opposing sideline. And he’ll almost certainly help beat his former team, where he was a captain.

Is Ohio State close to landing 2o20 running back?

Ohio State has struck out on a couple running backs in the class of 2020. The most popular options, Bijan Robinson and Jaylan Knighton, aren’t coming to play for the Buckeyes like they were once thought to be.

So the Buckeyes have turned their attention to 4-star Georgia Tech commit Jahmyr Gibbs, who visited last week for the Buckeyes beatdown of Maryland. How did the visit go? Well, Lettermen Row recruiting guru Birm has all the details and where things stand with Gibbs moving forward for the Buckeyes:

Gibbs, though, remains relatively mum, not expounding much on his trip or his recruiting plans. That’s really who he is, and that doesn’t necessarily mean much. What matters is that he has told people that matter at Ohio State that he’s likely to return for an official visit next month. Still, there’s not an overwhelming sense of optimism emanating from the Woody Hayes Athletic Center when it comes to the odds of flipping the Georgia Tech commit to the Buckeyes.

That’s probably not the best news for the Buckeyes, but they’ll continue to recruit Gibbs, hoping to get him in for an official visit soon.

For the latest recruiting news and information, check out Thursday’s Dotting The ‘Eyes from Birm.

Tuf Borland is never an animated guy. But when he needed to before the Buckeyes game last week against Maryland, Borland stood in front of the team and gave a speech that can’t be repeated.

Borland has become one of the most reliable and focal parts of the Ohio State defense that is arguably the best in the country. Ohio State has been able to rotate linebackers in and out of the lineup this season, but Borland has remained a key cog in the Buckeyes defense that could end up in the College Football Playoff.

What has allowed Borland to take another step forward for Ohio State? How has a new scheme and deeper rotation for the Buckeyes helped allow the linebackers to shine? Former Ohio State captain and middle linebacker Zach Boren was in the Lettermen Row film lab with Austin Ward to break down the film and answer those questions in the latest episode of BuckIQ.