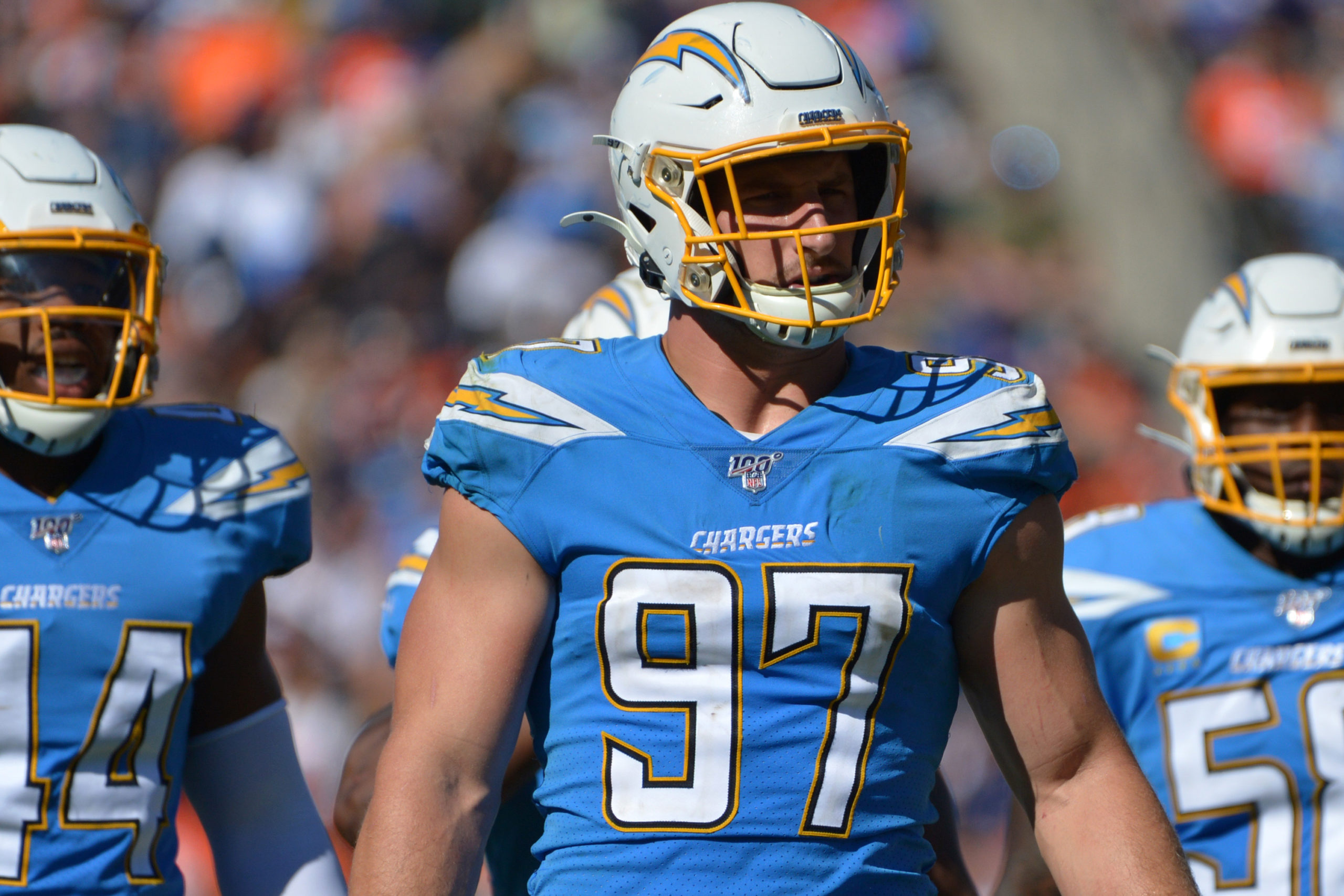 Ohio State products have reset the market for their positions in the past. Ezekiel Elliott was the highest-paid running back in the league until last month. Andrew Norwell was at one time the highest paid at his spot. Michael Thomas still makes more money than any wide receiver in the NFL.

Bosa is the latest Buckeyes legend to get paid in the NFL. It’s just another record-setting deal Ohio State can say it developed.

Lettermen Live is back for another jam-packed, fun, casual conversation, and as always, it’s hosted by Roosters.

On this week’s episode, former Ohio State players Michael Bennett, Justin Zwick, Doug Worthington and Anthony Schlegel discuss the Buckeyes next phase of workouts. The guys chat about what needs to be accomplished as well as the challenges the Buckeyes will be faced with trying to prepare for a season amid uncertain circumstances.

The crew also goes in-depth on every aspect of the special teams units at Ohio State, as part of Special Teams Week at Lettermen Row. They break down who can be a return specialist, how important kicking can be to winning a national title and much, much more.

It’s Lettermen Live, and it’s hosted by our friends at Roosters.

Who are Buckeyes best return options?

Garrett Wilson is the obvious candidate to break the drought in the Ohio State return game. Wilson is a dangerous weapon who could be one of the best returners for the Buckeyes in years.

But if he won’t be the guy back there, the Buckeyes have plenty of options. Could Demario McCall be the answer? Will a freshman make a leap? Lettermen Row senior writer Austin Ward has more:

The Buckeyes invested valuable reps in the wide receiver last year as a freshman, letting him learn from his growing pains and setting the stage for what should be a dangerous sophomore season. Wilson has speed, elusiveness and incredible vision with the football in his hands. He’s everything the Buckeyes would want in that role — though they will still have to consider other options at times considering his important to the offense in the slot.

So, what happens when Wilson gets a break on special teams? Or, perhaps, who might make a strong enough push for Ohio State that it might choose to go a different direction? On a team with an overflowing roster of athleticism, there isn’t a shortage of options.