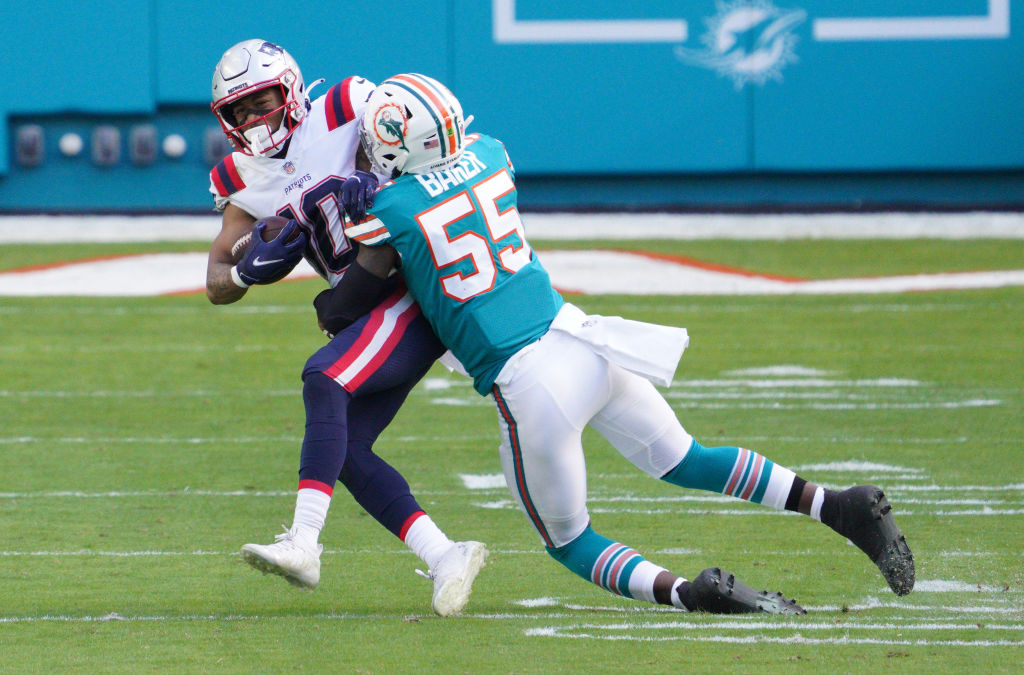 Jerome Baker was a star linebacker at Ohio State. He has been a productive player in the NFL with the Miami Dolphins, too.

He’s now being rewarded for his play. Baker signed a three-year contract extension over the weekend to remain in Miami with the Dolphins, per ESPN’s Adam Schefter. The deal is worth $39 million and includes $28.4 million guaranteed through the deal.

The former third-round pick has 37 starts in 48 career games. He has two career interceptions to go with 11.5 sacks, 203 solo tackles and 14 tackles for loss.

After just three seasons, Baker is now locked in with a fresh contract extension after posting yet another impressive season. And he’ll be in Miami for at least three more years to continue a fast start to his pro football career.

Five-star Ohio State cornerback commit Jaheim Singletary is one of the best players in the country. After committing to Ohio State without ever visiting, Singletary doesn’t want the Buckeyes to panic about his commitment status.

But he is going to take visits elsewhere just to make sure he is locked in with the Buckeyes. Lettermen Row recruiting expert has more:

On Saturday, the Buckeyes commitment turned some heads by letting folks know he planned to make visits to schools other than Ohio State. After a 14-month-long dead period, Singletary has that right. He picked the Buckeyes in early January when there was no end in sight for the dead period.

Things changed, but his intentions, he says, have not.

“There’s nothing to be afraid of for Ohio State fans,” Singletary told Lettermen Row on Saturday night. “Coach Coombs is already knows the situation. I just didn’t want to make a big deal about things. We’re still out here and it’s O-H.”

That attempt at pacifying the worries of Buckeyes fans means something. Singletary, draped by C.J. Hicks and Gabe Powers for most the day on Saturday, hasn’t lost his affinity for Ohio State. He just believes, as a lot of top prospects do, that it’s good to make have something to compare schools to.

Tyreke Johnson arrived at Ohio State in 2018 as one of the top cornerbacks in the country bursting with potential. But that potential was never fully tapped into or realized for the Buckeyes. He entered the transfer portal last month.

He committed to a Big Ten foe Sunday; Johnson is heading to Nebraska as a transfer.

Johnson didn’t start a game for the Buckeyes and didn’t log an interception or pass breakup. He finished his Ohio State career with eight career tackles in limited action. He entered the transfer portal to try finding a new home, and he has now found that home.

He’s off to Nebraska, where he will try tapping into the potential and skill that made him a five-star prospect out of high school.