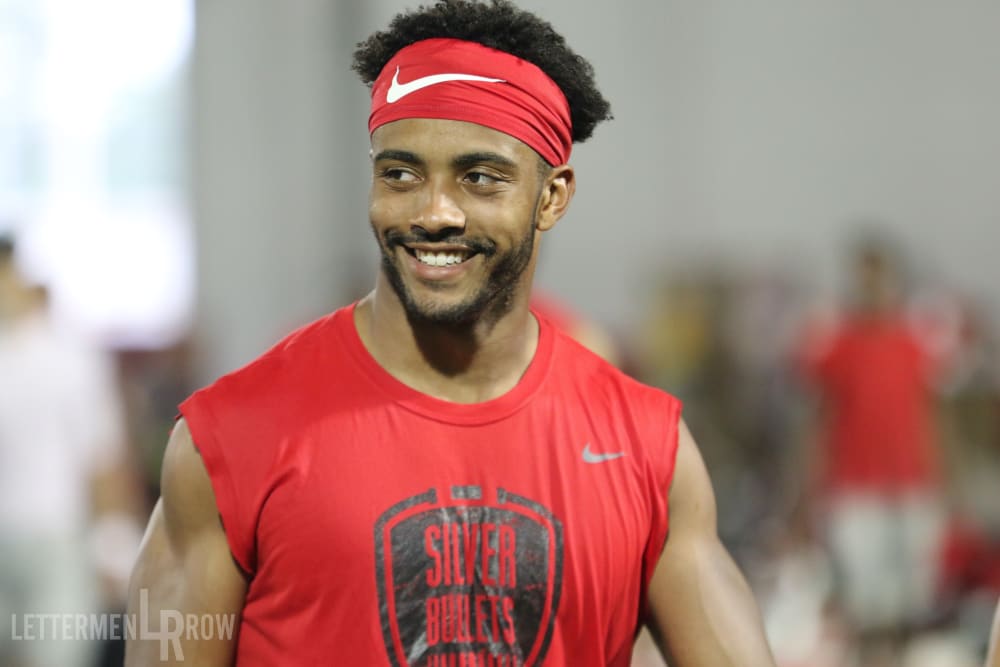 Jaelen Gill flashed potential at Ohio State, but now, that potential will have to be realized somewhere other than with the Buckeyes.

Multiple sources confirmed to Lettermen Row that Gill notified the coaching staff that he will enter his name into the transfer portal and is not expected to return to the program. Gill later released a tweet with a message confirming the news himself.

The Westerville product arrived on campus with high expectations thanks to a four-star recruiting ranking, dynamic athleticism and enough versatility to play multiple positions — and potentially become the next dangerous weapon at H-back. But as the Buckeyes continue to use their slot receivers more than the H-backs and the offense continues to evolve, Gill got lost in the shuffle and didn’t break out last season like some thought he would.

Gill is now free to look around the country for a new landing spot. Teams can now reach out to contact him, and while it’s possible to enter the portal and still return to Ohio State, sources with direct knowledge of the situation told Lettermen Row that is not expected to happen.

Ohio State has been rolling on the recruiting trail in the class of 2021, holding the top-ranked class. Now, the Buckeyes are getting started early on the 2022 class, and they have their first commitment. Four-star cornerback Jyaire Brown, a 6-foot-1, 170-pound player from Louisiana, chose the Buckeyes on Wednesday night.

The country’s No. 16-ranked cornerback in the Class of 2022, Brown hadn’t even had a conversation with the Buckeyes two weeks ago. But as the recent commitment of Jantzen Dunn showed, it doesn’t take long for things to change — and sometimes that change is drastic in a hurry in the world of college football recruiting. Brown, who was born in Cincinnati and spent the first four years of his life in Ohio, told Lettermen Row when he was offered that he knew he wanted to make his way back home.

Ohio State is officially on the board in the 2022 class. The No. 6-ranked player in the Class of 2022 in Louisiana also took some time to talk with Birm about his decision, the reasons he couldn’t wait, his plans to help the Buckeyes become more involved in the Bayou and more in a commitment edition of Birminology.

New Tim May Podcast breaks down worth of five-star prospects

On the latest edition of the Tim May Podcast, Tim was joined by Dr. Trevon Logan, a Research Associate at the National Bureau of Economic Research.

Later in the show, Tim was joined by Lettermen Row senior writer Austin Ward to further break down the findings of the study, as well as more developments from the world of Ohio State football and the continued quarantine in effect.

Tim May Podcast: How much are five-star recruits worth to programs?
Watch this video on YouTube.
The Tim May Podcast is also available on iTunes, Google Play, Spotify and Stitcher.

Ohio State’s staff can’t be with the players right now as the coronavirus is keeping everyone at home.

The assistant coaches for the Buckeyes are stuck at home on Zoom calls with the team and making phone calls, but some of them spent some time on the phone with the media Wednesday.

Want to listen to those teleconferences? Lettermen Row has you covered:

What We Learned as Ohio State assistants deal with unique offseason
How Buckeyes can find, mold serviceable backup quarterback