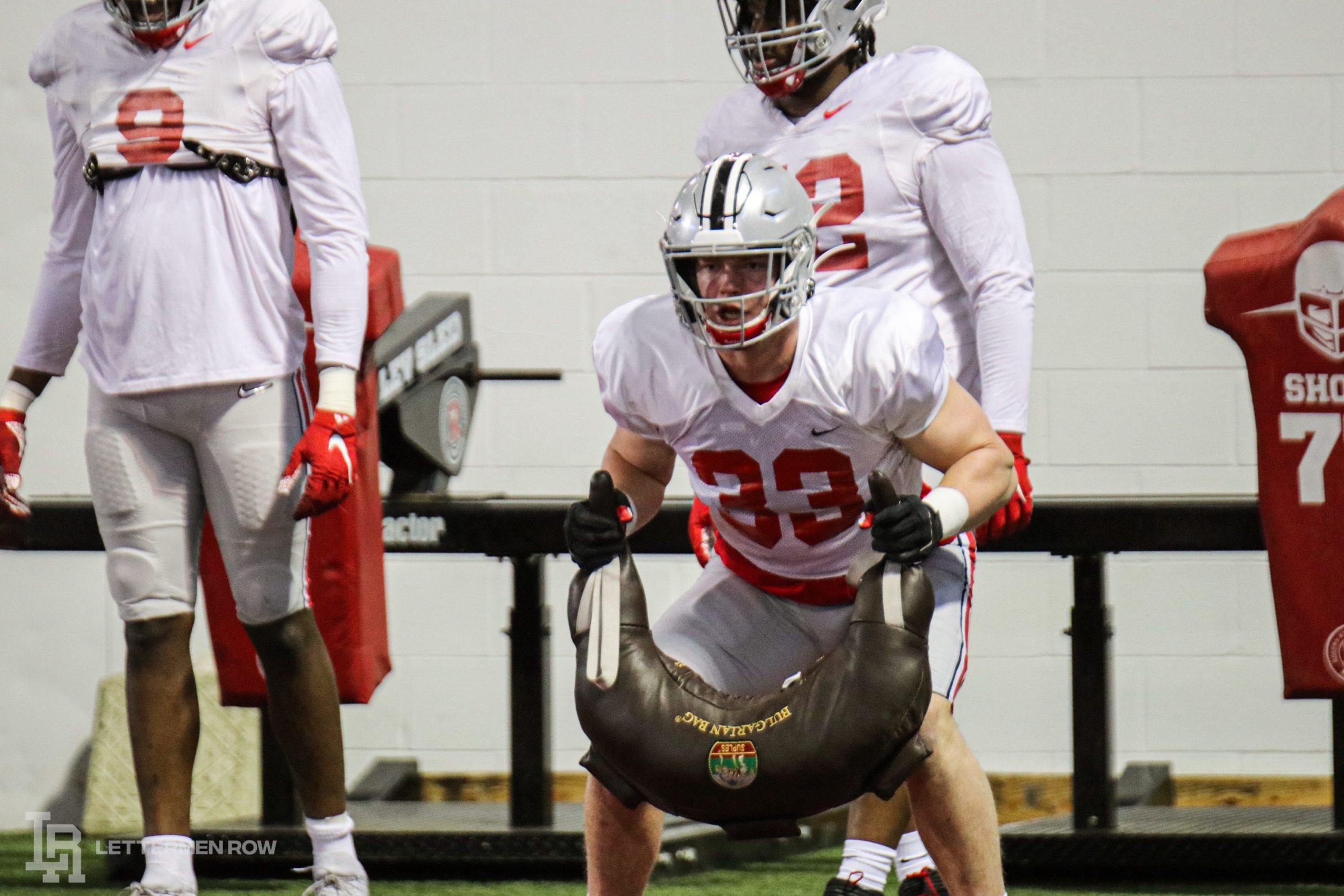 Jack Sawyer has a chance to be the next great superstar pass-rusher at Ohio State. The freshman early-enrollee is already impressing in his debut spring.

The former five-star prospect lost his black stripe Tuesday after Buckeyes practice, becoming one of the first two members of the class of 2021 to lose the stripe. Sawyer and fellow freshman Marvin Harrison Jr. both lost theirs.

Sawyer hasn’t played in a football game since his junior year of high school. He opted out of his senior year to prepare for Ohio State this winter. He enrolled in January, and the plan to contribute for the Buckeyes seems to be working well so far.

With superstar potential, Sawyer has a chance to be great at Ohio State. And he’s making an impressive first impression.

Ohio State has one of the best quarterback rooms in the country right now. There are three blue-chip quarterbacks in the room, and one more could join them next December to make it even better.

But quarterback can be a position of change often, especially as the Buckeyes look at needs in recruiting classes. Lettermen Row’s Jeremy Birmingham did a great job explaining quarterback recruiting Tuesday. Part of that story can be found here:

Since Ryan Day took the reins at Ohio State, things have stabilized a bit after Justin Fields provided two record-breaking years on the field. With Fields leading the way, Day and the Buckeyes have become a top option for high school quarterbacks around the country. Ohio State has landed commitments out of Arizona, California, Texas and Pennsylvania under Day and has begun actively looking for its 2023 quarterback already.

Yes, absolutely the Buckeyes need a quarterback in the Class of 2023. There’s no doubt that the Buckeyes will try their best to make sure whoever ends up in the class will be one of the country’s premier talents. Ohio State is not in the position it’s in by purposely recruiting or signing players that are average. The Buckeyes have awfully-high standards — and that’s the standard.

For the full story from Birm about quarterback recruiting, click here.

Loaded edition of Tim May Podcast

Ohio State is entering a pivotal week of spring practice. The Tim May Podcast has a loaded show to break it all down.

Tim welcomes Lettermen Row senior writer Austin Ward on the show. The guys break down the biggest questions facing the Buckeyes defense as they work through various injuries. With projected starters out for the rest of spring, there are plenty of questions about the Buckeyes defense. Can it improve? They break it all down.

Then Tim also welcomes Ohio State women’s hockey player Tatum Skaggs on the show to talk about the Buckeyes run in the NCAA Tournament to yet another Frozen Four and how that program has grown into another dominant Buckeyes team.