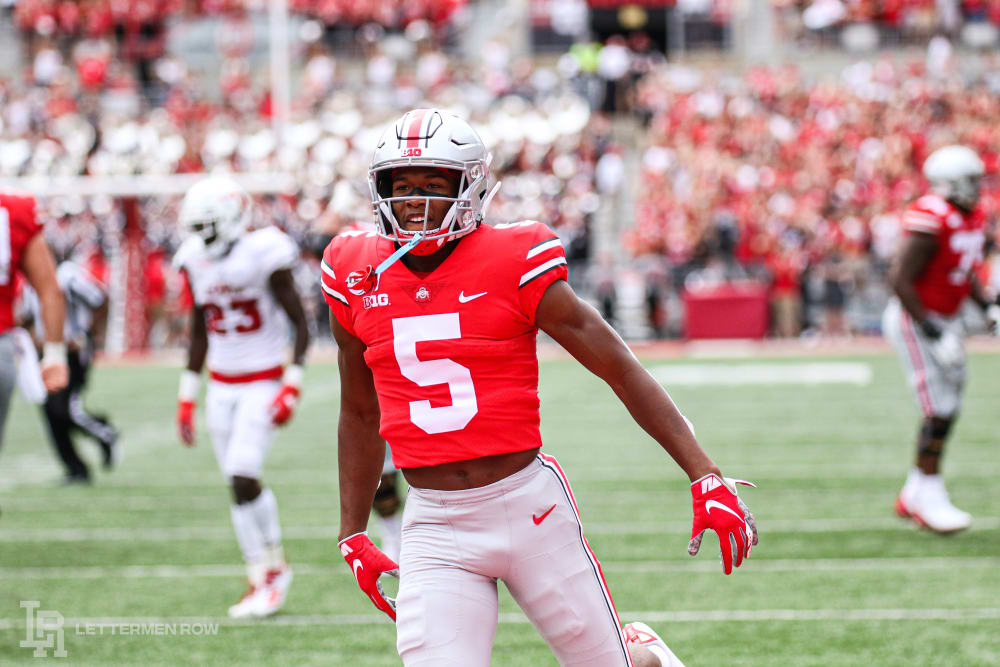 Garrett Wilson is already flashing for the Buckeyes as a wide receiver. But starting this week against Maryland, his role could expand. Wilson might become a punt returner.

“I think when you look at what he’s done and the last few returns, he’s making a strong move to be the starter,” Ohio State coach Ryan Day said last week.

Wilson has already shown that he can find an opening and make a play in the return game, something Demario McCall, the regular starting punt returner, has rarely shown in his time as the return man. If Wilson continues to make strides as a returner, the likelihood of him impacting a game late in the season will go up. And that’s a good thing for the Buckeyes as they enter a tough November.

For more Buckeyes who could shine in the next two weeks against weak opponents, click here.

Mike Doss and Anthony Schlegel join Lettermen Row writers Austin Ward and Spencer Holbrook to talk Ohio State football. The group previews the Maryland game and what the Buckeyes should do about the massive 44-point spread. They also discuss Chase Young’s Heisman hype and rumors of Urban Meyer coaching again.

Lettermen Live is now available on all major podcasting platforms, including Apple. Don’t have time to watch the full video? Give us a listen during your commute.

No time set for matchup against Rutgers

Monday was supposed to be the day Ohio State’s game against Rutgers found a home and a kickoff time. That announcement will wait another week, though.

The networks are using the six-day window before nailing down a final time, the league announced on Monday. But Ohio State will kick off at either noon, 3:30 or 4 p.m. when it visits the Scarlet Knights next week. That game will should prove to be the final tune-up before Ohio State takes on No. 5 Penn State and No. 14 Michigan.

The Buckeyes will host Maryland on Saturday after an off week, providing a unique three-week window that should allow them to get rested, ready and focused for the games that will decide the Big Ten’s East Division.

During the Ohio State off week, Lettermen Row traveled to Southern California to speak to various Buckeyes commits and targets. One of the headliners was Beaux Collins, a 2021 4-star receiver who has shown interest in Ohio State.

Is Beaux Collins ready to name leaders in his recruitment? What does the recent decision from Marvin Harrison, Jr. do to the odds of him ending up playing for Ohio State? What’s his preferred timeline for a recruiting decision? Find out those answers and a lot more in this week’s edition of Birminology on Lettermen Row.

This episode of Birminology can be found here.