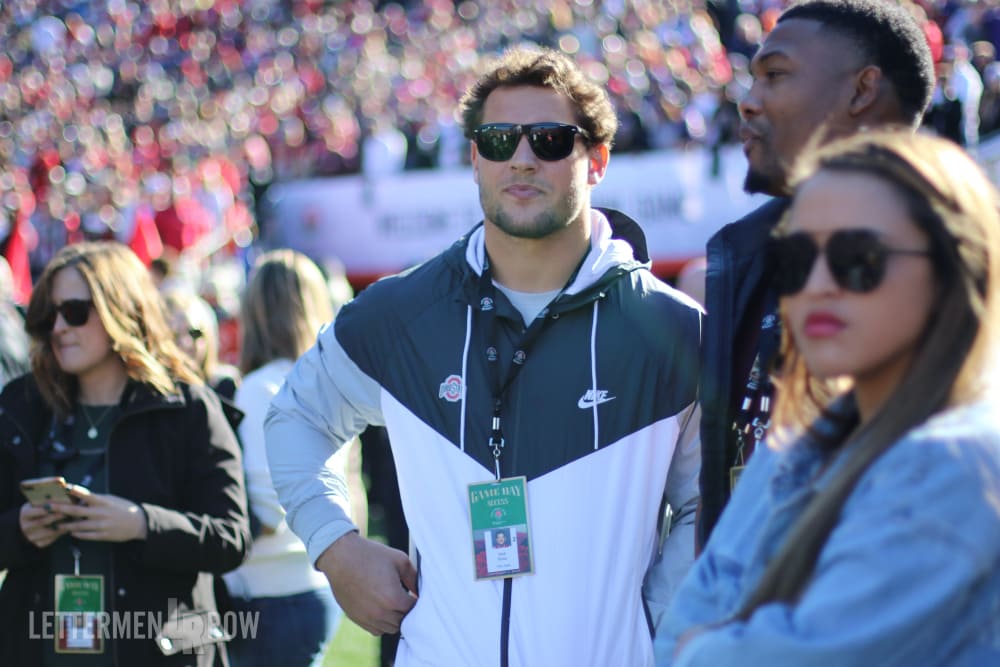 With just four teams remaining, Ohio State has plenty of representation in the NFL Playoffs on both sides of the bracket.

In the AFC, former Ohio State linebacker and current Tennessee Titans head coach Mike Vrabel led the Titans to a huge upset win over the No. 1 seed Baltimore Ravens. The Titans went on the road and beat the Patriots and Ravens in consecutive weeks, and now they are just one win from the Super Bowl. On Vrabel’s staff is secondary coach Kerry Coombs, who is expected to be named the next secondary coach at Ohio State when the Titans’ season is over. Next week, they’ll face former Ohio State linebacker Darron Lee and the Kansas City Chiefs for the right to play in the Super Bowl.

Nick Bosa and the San Francisco 49ers continue to get after the quarterback. Bosa had six tackles and two sacks in a win over the Minnesota Vikings. Bosa and the 49ers will have a tough matchup next week against former Ohio State and current Packers center Corey Linsley.

No matter who wins and advances to the Super Bowl, Ohio State will be represented.

Ohio State landed a huge commitment in the class of 2021 last week when Texas 4-star offensive lineman Donovan Jackson chose the Buckeyes over other blue-blood programs. Jackson, the No. 1 guard in the class, chatted with Lettermen Row recruiting expert Birm about why he chose the Buckeyes, when he knew he wanted to commit and who helped him make the decision.

Part of that conversation is below:

Jackson’s mother and father each hail from Ohio and there is no doubt that family connection helped keep Ohio State on Jackson’s shortlist. Ultimately though the decision was about one thing.

“Watching the traditions, the atmosphere taking place is different from other universities,” Jackson said. “But it’s the bond, or the Brotherhood, that the team has. That is what sold me on Ohio State.

“I have had the best relationship with [Buckeyes offensive line coach] Greg Studrawa throughout this process which ultimately lead to my decision. It’s how he develops his players and treats them like you’re a part of his family.”

Jackson became close with fellow Ohio State commitment Ben Christman and a few other offensive line targets during that November visit and says he’s ready and willing to help bring in the rest of what could be a mega-talented offensive line group in 2021.

Want to know more about why Jackson is coming to Ohio State from his home state of Texas? Check out the full story here.

Ohio State has lost four straight. The Buckeyes haven’t won a game since the calendar turned, and they haven’t scored more than 60 points during the losing streak that has Chris Holtmann’s team free-falling in the AP Top 25.

But there is some good news for the Buckeyes: they’re still one of the best teams in the country according to the analytics. Ohio State currently sits at No. 8 in America in the KenPom ratings. The wins over North Carolina and Cincinnati don’t look near as good as they once did, but the Buckeyes thumped Villanova early in the season at home and beat Kentucky on a neutral floor in Las Vegas.

The Buckeyes are 1-4 in the Big Ten, playing their worst basketball and might fall out of the top 25. But the numbers still like Ohio State. It’ll get a chance to bounce back Tuesday night at home against a struggling Nebraska team.