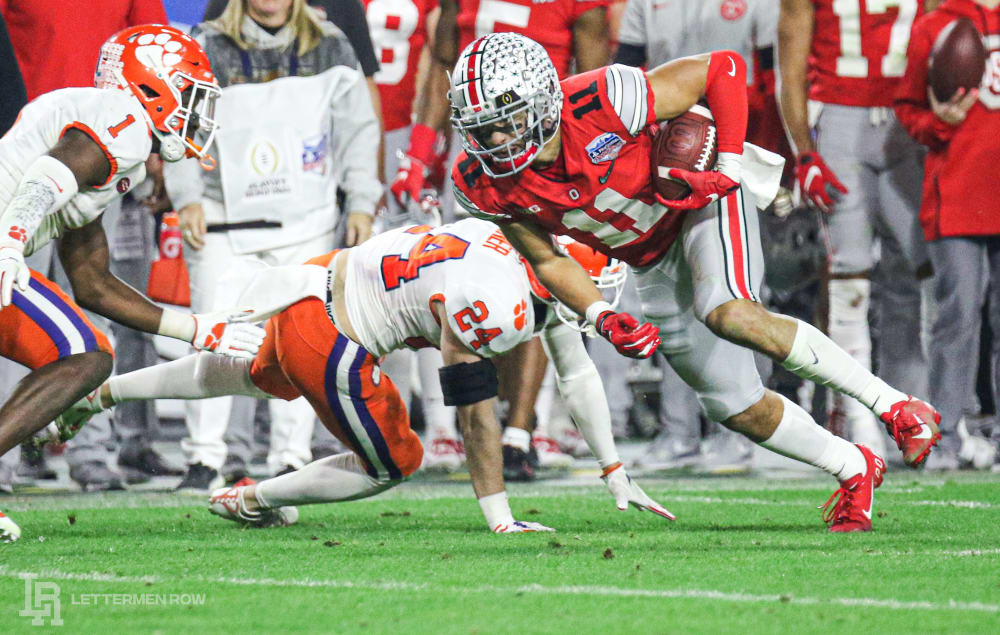 It’s officially NFL Combine week, and the Buckeyes will once again be heavily represented in Indianapolis.

Three former Ohio State players will be first to speak Tuesday morning when the wide receivers take the podiums and answer questions. K.J. Hill, Binjimen Victor and Austin Mack will all three be at the combine to field questions and work out for each team in the league. Hill, who turned heads at the Senior Bowl, is projected to have a good showing and once again rise on big boards.

Lettermen Row will be in Indianapolis all week to break down the former Buckeyes as they look to impress scouts and general managers. Stick with us for wall-to-wall coverage.

On this week’s episode of Lettermen Live hosted by Roosters, former Buckeyes players Mike Doss, Justin Zwick and Anthony Schlegel break down a handful of Ohio State topics. They talked about everything from the Buckeye Cruise for Cancer to the NFL Scouting Combine and final preparations for spring practice. Lettermen Row senior writer Austin Ward leads a compelling discussion with the impressive panel of guests. It’s all hosted by Roosters!

Jordan Hancock was late to the party when it came to national recruiting attention. But now that the Suwanee (Ga.) North Gwinnett cornerback has the attention of the top schools in the country, the Buckeyes are in for a fight for his pledge.

Why does Hancock like the Buckeyes? How has the relationship with them changed since the hiring of Kerry Coombs and the departure of Jeff Hafley? What does he think about the idea of being a package deal with his high school teammate, fellow Ohio State target Barrett Carter?

Hancock talks about those things and much more on the latest episode of Birminology with Lettermen Row recruiting expert Birm:

After earning a huge win it can now hang its hat on, Ohio State remained in the latest AP Poll.

As the Buckeyes continue to pad their resume for the NCAA Tournament and add wins for Big Ten seeding, they found themselves moving up in the latest rankings despite splitting their pair of games from last week.

The now-No. 23 Buckeyes scored a 79-72 victory over No. 9 Maryland inside the Schottenstein Center on Sunday afternoon. That came after taking a brutal loss at No. 18 Iowa earlier in the week.

The Buckeyes looked like they did in November and December against Maryland — when they were No. 2 in the country and considered a Final Four-caliber team. The Buckeyes currently sit at 18-9 and 8-8 in conference play, and they are currently tied for ninth place in the Big Ten standings. But they’re still in the top 25 after an interesting week.

The Buckeyes will be back in action to face Nebraska on the road Thursday.