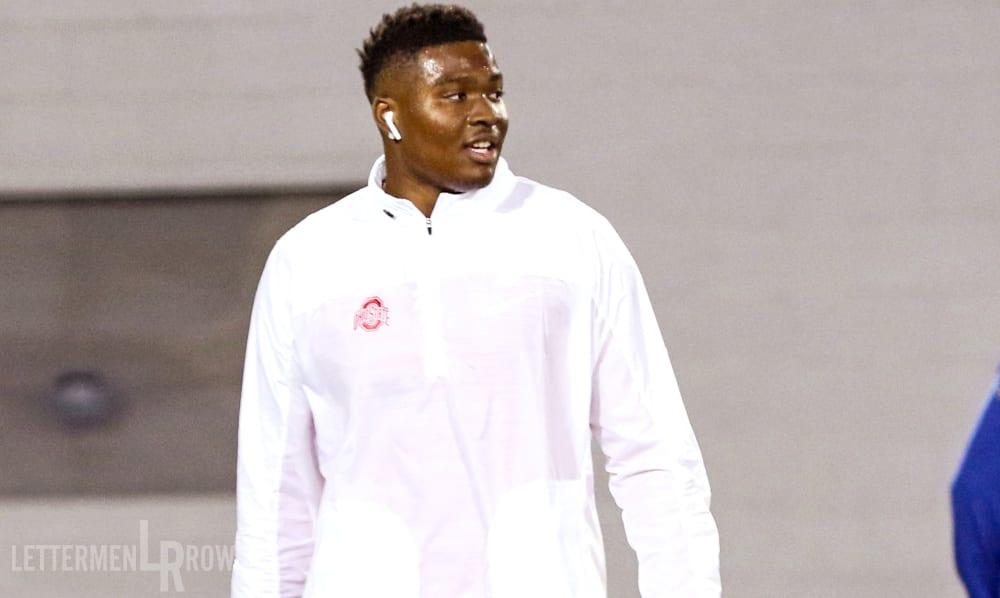 Dwayne Haskins has a chance to revitalize and revive his pro football career.

After being cut by the Washington Football Team last month due to a variety of reasons, Haskins signed a futures/reserve contract with the Pittsburgh Steelers on Thursday. Now Haskins has a fresh start in a new city after a failed stint in Washington.

After starting the season as a captain and the team’s starting quarterback, Haskins struggled in the first few weeks of the season and was benched at different points through the season. Now in a locker room headed by Steelers head coach Mike Tomlin, who is considered a ‘player’s coach,’ Haskins has a chance to learn under veteran quarterback Ben Roethlisberger and earn a second chance at a role in the NFL.

Haskins career didn’t get off to the best start. But with a new beginning in a new city, Dwayne Haskins is set for a second chance in the league.

Ohio State has just two remaining targets in the 2021 recruiting class, but both are massive targets for the Buckeyes to try landing. One of them, four-star linebacker Raesjon Davis from Santa Ana (Calif.) Mater Dei, is set to visit Columbus this weekend and get a feel for Ohio State.

Lettermen Row’s Jeremy Birmingham has more on the expected visit, which could shift the momentum of Davis’ recruitment:

That visit is now officially on, even though it is an unofficial visit. It will happen this weekend, and the timing of it couldn’t be better for the Buckeyes all things considered. Yes, it’d be better if Raesjon Davis and his family could spend some time with the Ohio State coaches, get tours of the facilities and enjoy all the rest of the normal, non-pandemic visit stuff. But since that can’t happen, the fact that the Buckeyes early-enrollees, all 15 of them, will be arriving this weekend could provide an important replacement.

The chance for the incoming freshman class and their parents to be around for Davis and his parents means that they don’t have to spend the entire weekend by themselves. Some real relationship building can happen. Ohio State signee Jaylen Johnson is also going to make the trip up to Columbus to see Davis, and he’s been vital in the recruiting efforts by the program to this point.

For the full story and more of the latest from the Ohio State recruiting trail, click here.

Ohio State is officially finished with the college football season after a loss in the national championship game. Lettermen Live hosted by Roosters was back Monday to break it all down.

Lettermen Row senior writer Austin Ward was joined by Nicole Cox from Roosters and a pair of former Buckeyes linebackers to break down the latest news, including Urban Meyer to the NFL, the Ohio State national championship game loss and players sticking around for one more season. Tune in as Zach Boren and Bobby Carpenter analyzed what this offseason could bring and more.